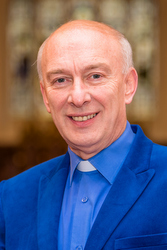 In August 2020 a new Anglican network of churches was formed out of St John, Newland in Hull. Within two weeks of its announcement, over 550 folk (including children) signed up to join Christ Church Newland, Christ Church Riverside and Christ Church Orchard Park. This was the result of two years of prayer and planning by the whole leadership to ensure an orderly exit from the Church of England and the formation of an Anglican ministry freed up for Gospel growth.

I would like to share some of the background reasons why we felt such action was necessary.

Reasons for being radical

1. There was the accelerating downgrading of the Church of England as a Biblical denomination. The July 2017 General Synod was a watershed with open disdain being shown towards orthodox beliefs and believers. This didn’t mark any crossing of any ‘line in the sand’, but an unmasking of what has been there for some time with those pursuing a progressive agenda having become emboldened to be more openly aggressive. The trajectory was clear and it seemed to us that it was simply a matter of time (sooner rather than later) when a form of words would be found to enable those holding non-biblical views on gender and sexuality to be formally affirmed as part of the ‘mutual flourishing’ favoured by the Archbishop of Canterbury.

We believe the spiritual rot will invariably spread into other areas of belief and behaviour as the process of the denomination assuming secular/woke views and adapting itself to society will accelerate until it is effectively assimilated by society to the detriment of orthodox believer’s spiritual wellbeing and the church’s witness to the nation. The appointment of Stephen Cottrell as Archbishop of York confirmed this assessment.

2. The personal integrity of the ministers was becoming increasingly strained. Whilst we do not hold to the view of ‘guilt by association’, there was not just embarrassment, but outright shame being within the same organisation as those whose intention was to undermine the work of the Gospel, thus proving themselves to be ‘anti-Christs’ in the sense of 1 John. Whilst it may be true that the C of E has always had its fair share of ‘dodgy bishops’ and ‘crazy clerics’ and has been through good and bad phases, our reading of the times was that it is heading in the same direction of the TEC in the United States which is openly heretical. This is because error is being institutionalised by virtue of the positions of power being occupied by those of a more liberal persuasion. This is highly significant for, as Peter Berger contends, ‘Ideas don’t succeed in history because of their inherent truthfulness but rather because of their connection to very powerful institutions and interests.’

The upshot is that we came to the view that as it is presently constituted the Church of England is Biblically irreformable.  The church council agreed with the assessment of one time General Synod member, Lorna Ashworth, “There is an ongoing and rapid erosion of faithfulness” at the General Synod. “Instead, an agenda of revisionism is masked in the language of so-called ‘good disagreement’. In fact, ‘good disagreement’ and ‘unity’ have trumped the saving gospel message of Jesus Christ. In light of this revisionist agenda and the heretical teaching that comes with it, I am no longer willing to sit around the table, pretending that we, as a governing body of the Church of England, are having legitimate conversations about mission. I refuse to be mistaken as one participating in the fanciful notion of ‘good disagreement’. We too refused to be mistaken for those participating in this myth.

3. We also faced the pressing issue of succession in the local church. Having reached the age of 63 in 2018, after 24 years of ministry at St Johns, it was important to work through the implications of my pending retirement. Whilst the PCC would have been involved in the process of appointing my successor, the actual appointment lay with the Archbishop of York as both bishop and patron. We were of the view, later to be confirmed, that I would not be replaced with someone of the same theological convictions- a consistent evangelical. Of course, the ‘powers that be’ would not have offered an outright ‘liberal’ but someone more accommodating, an ‘Evanjellyfish’ who would be willing to buy into the C of E ‘fairy story’ that we are all one ‘happy family’. This would have resulted in the local fellowship unravelling (certainly involving the resignation of the present staff) and our Gospel witness blunted.

4. More positively it was considered to be advantageous for the sake of future Gospel growth to leave a corrupt and corrupting denomination to form a network of authentic Anglican evangelical churches around the city and beyond. A building had been purchased and refurbished which would act as a base of operations for the new network, providing offices and meeting rooms, as well as having a vibrant and committed church membership and staff team. I chose to step aside by taking early retirement to enable a whole new structure to begin operating in 2020, with a new senior minister appointed to take the project forward under God. A new legal entity was formed with clear operational procedures for the new network which has become part of AMiE, adopting the Jerusalem Declaration as its basis of faith.

‘We evangelicals’ writes John Stott, ‘are gospel people. The word evangelical contains within itself the word evangel. And if the first hallmark of the evangelical is biblical supremacy, the second is the centrality of the Gospel.’  It is these two defining convictions which have always enabled evangelicals to move out of their comfort zones and eschew popularity for the sake of Christ which we have sought to do.

One such was the great evangelical Vicar, John Berridge of Everton. His advice to a young man, David Simpson, who was considering an ‘irregular ministry’ of ‘intineration’- preaching in other parishes as Berridge had been doing- is apposite for our times, ‘ When I began to itinerate, a multitude of dangers surrounded me, and seemed ready to engulf me. My relations and friends were up in arms; my college was provoked; my Bishop was incensed; the clergy on fire; and the church canons pointing their ghastly mouths at me. As you are now doing, so did I send letters to my friends, begging advice, but received unsatisfactory or discouraging answers. Then I saw, if I meant to itinerate, I must not confer with flesh and blood, but cast myself wholly upon the Lord. By his help, I did so, and made surrender of myself to Jesus, expecting to be deprived, not only of my fellowship [at a Cambridge College] and vicarage, but also of my liberty. At various times, complaints or presentments [formal accusations] were carried to my college, to successive archdeacons and bishops; and my first diocesan [bishop] frankly told me I should either be in Bedlam [ a mental hospital] or Huntingdon goal [the county jail] by and by….But, through the good blessing of my God, I am yet in possession of my senses, my tithes, and my liberty; and he who has hitherto delivered, I trust will deliver me from the mouth of ecclesiastical lions and the paw of worldly bears. I have suffered from nothing, except from lapidations [stone throwing] and pillory treats, which yet proved more frightful than hurtful……Ask no man’s leave to preach Christ; that is unevangelical and shameful. Seek not much advice about it; that is dangerous. Such advice, I found, generally, comes the wrong way- heels uppermost. Most preachers love a snug church, and a whole skin; and what they love they will prescribe…..If you are determined to be evangelically regular, i.e. secularly irregular; then expect, wherever you go, a storm will follow you, which may fright you, but will bring no real harm. Make the Lord your whole trust and all will be well. Remember this! For if your heart is resting upon some human arm for support, or if your eye is squinting at it for protection, Jesus Christ will let you fall, and roll you soundly in a kennel, to teach you better manners. If you become a recruiting sergeant, you must go ‘led directly by Christ’.’

One would be hard pressed to find a more poignant, clearer expression of the spirit of true evangelicalism for our times than this and we would ask for your prayers as Christ Church seek to fulfil its three aims: Finding those who need God, through evangelism; Feeding each other with the word of God, through worship and prayer and Sending people out to live under the Lordship of Christ at home, work, leisure or on the mission field.

For further information which includes the theological reasons for leaving the C of E see our website https://www.christchurchnewland.org.uk/faq.asp . See also the addresses to the congregations given by Melvin and the new minister Scott Mackay https://www.youtube.com/watch?v=pdXq9MR6wiY&feature=youtu.be