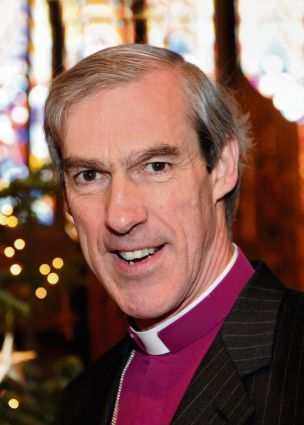 A British newspaper reports a safeguarding investigation has been launched into the conduct of the Bishop of Carlisle for having given a post-verdict character reference to a priest who last week was jailed for abusing young girls.

“We can confirm that the submission of a character reference for Bailey by the Bishop of Carlisle, James Newcome, and which formed part of a pre-sentence report, is to be investigated further by the Church of England’s National Safeguarding Team, under the House of Bishops’ guidance”, a spokesman for the Church of England told the Swindon Advertiser.

The Rev. Canon Robert Bailey was sentenced last week to eight years and four months by a Swindon court on four counts of of historic sexual abuse of two girls under the age of 12. He admitted his guilt to police in 2018, but his trial was delayed until this year.

At the sentencing hearing Judge Peter Crabtree noted in his remarks from the bench Bishop Newcome had provided a character reference for Bailey after the priest had confessed to his crimes.

The newspaper asked BIshop Newcome for his comments and was told: “Robert Bailey was a vicar in the Diocese of Carlisle from 1999 until his retirement to Salisbury in 2011 and is someone I have known for 18 years. In April of this year, and at his request, I agreed to provide a character reference to go before the courts.

“On reflection I considered this to have been an error of judgement on my part and asked that the reference be withdrawn.

“I’m truly sorry that the reference was submitted and understand the pain that this will have caused those who suffered as a result of Robert Bailey’s crimes. I offer them my heartfelt apology,” Bishop Newcome said, noting he would cooperate with the church’s safeguarding investigation.