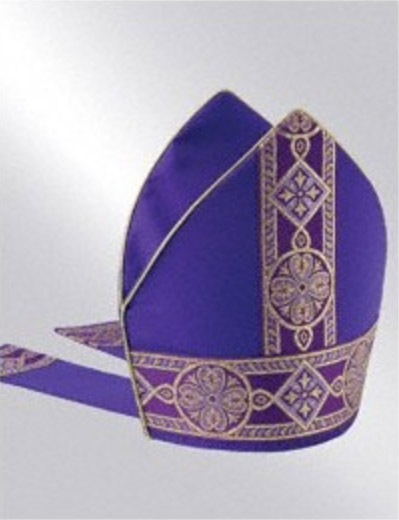 Some of us reflected together last week that the speech given at the Synod Fringe meeting in 2018 (published in Letters to a Broken Church) presented the Archbishop of Canterbury a critical opportunity to examine the relationship between senior figures and what I called the ‘strategariat’ – their comms, advisers and reputation managers. And to consider whether these agents were theologically equipped to deal with the crisis unfolding in the Church. That maybe something far deeper and very different from reputation management was needed to rescue the situation. The speech was prepared with the help of several others, including one Iwerne survivor. It was somewhat ironic to later hear the one thing the Archbishop was being urged *not* to do – rely on his strategists rather than his own pastoral wisdom – was the thing he immediately rushed off to do following that speech.

And now two years later, the media statement put out by the Church following the Channel 4 news story about the complaint to the National Safeguarding Team against Justin Welby was further evidence of a lack of vision. That was a very simple story. Survivor comes forward with complaint about Welby’s lack of action in 2013 over his former friend John Smyth. NST investigates. In terms of a news story, it couldn’t have been simpler. The legitimacy and newsworthiness of the complaint were considered valid enough by Channel 4 to cover in a short item. But what did Comms do? They rendered Welby invisible, citing ‘Lambeth’ instead, and reduced ‘investigation’ into the much less critical ‘review of information’. We now learn from Private Eye that there may have been an investigation in 2017 but that it was kept quiet. This laundering of reality in order to mask any possible failure stands in marked contrast to the surreal and corrupted treatment meted out to the Dean of Christ Church. In the latter case, no survivor or victim has come forward. The complainants are a group of dons who, with the help of their lawyer, have misappropriated the NST for their own ends. Given the suboptimal level that the game has been played out – it would not be surprising if there was an attempt to throw in a random complaint for good measure for failure to know about the hidden crimes of Jan Joosten (Regius Professor of Hebrew tried and convicted in France). Given the tortuous disciplinary system of the CofE, one wonders whether such a complaint would be taken up by an NST without question.

Two things have become increasingly apparent. Firstly, fear of reputational damage is causing reputational damage. And secondly, this equation is further heightened by the wild disparity of responses from the NST, which suggest that their processes are effectively run by the comms for the benefit of PR. I want to look further at the questions that the Channel 4 news story raise. And look behind the parachute that Church comms provided the Archbishop. It’s conceivable that he stepped back from any involvement in the Smyth case in 2013 because of his past connection, in which case one would expect in formally recusing himself he would at the same have placed Archbishop Sentamu or another senior bishop in the role of independent senior responder? We do not know whether Sentamu was told anything. We do know that there was communication between the Archbishop and the Bishop of Ely. Archbishop Welby in the 2017 LBC interview with Nick Ferrari said that his understanding was that it was being “rigorously handled by the Bishop of Ely” and that they had kept regularly in touch and met often. If the Archbishop did effectively step back surely that released him from official involvement in the quasi judicial role and freed him to be more pro-active in helping the victims… but he didn’t. Justin Welby the pastor was missing in action when old friends were known to be in turmoil arising from their past experience. Why has he never asked to meet, and from what I gather, has always refused to meet with those who actively sought a meeting? The Iwerne survivors whom he knew, could have helped to put him fully in the picture. He would have been ideally placed to ensure justice and proper CofE response. Did he put his mind to the issue of potential conflict of interest? Did he see himself as a potentially important witness of background information? Did it bother him that there were those who did know and did nothing or indeed actively assisted the cover up? How different would it have been if Welby had used his knowledge of the Iwerne setup and culture, and the soft power of his office to bear, upon discovering the truth and extent of Smyth’s activities from 2013? Given what “Graham” and others have managed to achieve with no help from that quarter, it is surely the case that much would have been done better and quicker. Inaction obstructed justice, transparency and accountability. We keep coming back to this tangle of conflicts of interests. The more one analyses the situation, the more compromised the Archbishop becomes.

Archbishop Welby has had opportunity to do what his counterpoint in York had recently done – be a beacon of greater transparency. Although there is disparity too there in the way that Stephen Cottrell has been treated by the NST when contrasted with other bishops and senior figures. The bigger the mitre the larger the parachute. But Justin Welby has allowed his advisers to effectively wall him up inside his own crisis. It’s not difficult to see other bishops following similar patterns. Perhaps they look to ‘Lambeth’ for a lead. And it’s perhaps not surprising when the Archbishop’s choice of principal advisor is a bishop in disclosure denial himself. The Bishop at Lambeth has recently been the subject of a letter from seven survivors calling for him to stand down from two safeguarding panels (NSSG and NSP) pending retraining.

The cul-de-sac of denial which has been widespread across the senior layer has been entirely unnecessary. I’m not a driver but I imagine the deeper one drives up a cul-de-sac, the harder it becomes to reverse. That is the situation his team have created for the 105th Archbishop of Canterbury. The more one surveys the gathering storm of fresh disclosures and reviews, particularly around Fletcher and Smyth, and the more one looks at the procedural and ethical shambles which have occurred on his watch, the more the observer is bound to ask “Is this survivable for Justin Welby?” Will he become a casualty of the culture of his advisers?

Where does the leadership come from to rescue the Church from all this mess? It’s unlikely to come from William Nye, Secretary General of Synod and of Archbishops Council. Melissa Caslake, the Director of Safeguarding, isn’t able to provide it – her ‘independence’ is too heavily fenestrated by Archbishops’ Council and their comms. And the NST has inherited too much unethical process from its previous regime, particularly around the notorious core groups, that it has yet to address. Bishop Jonathan Gibbs, although clearly wanting to see major change, lacks the power to tackle the culture resident above his head. Leadership will not come from the NSSG (National Safeguarding Steering Group) which is replete with senior bishops protecting their own and each others’ denial behaviour. So where will leadership come from? Perhaps Stephen Cottrell will be the bright angel of change. Or perhaps a prophet will arise from out of the wreckage, someone that nobody has foreseen, who will call out a startled structure towards necessary reform. If so, she or he will require the tenacity and grit to match that of survivors, and will need to resist any pretence that things are vaguely working – when clearly they are in a collapsed state. Only deep structural reform will rescue the Church from its confused moral mess.

It may not be possible for any Archbishop to provide the impetus for that reform. Perhaps at that height in the hierarchy, the person of an Archbishop becomes too swallowed up inside an imprisoning structure which removes from them the prophetic freedom they might have found. But nothing less than prophetic wisdom is called for to steer the vessel of the Church into clearer waters. At what point will someone cry out on the floor of the House of Bishops: Enough of all our broken pretence. We must apologise collectively, publicly and authentically for our failure to treat so many survivors honestly; for our insistence on distancing from their stories, our disclosure denials and “no recollections”, our reliance on dysfunctional processes; and in too many instances for our behaviour worse than denial – gaslighting and really cowardly and mean behaviour. Enough. We must do real penance, seek truth and reconciliation, and must reform our episcopal culture and reform our structures right to their bones.