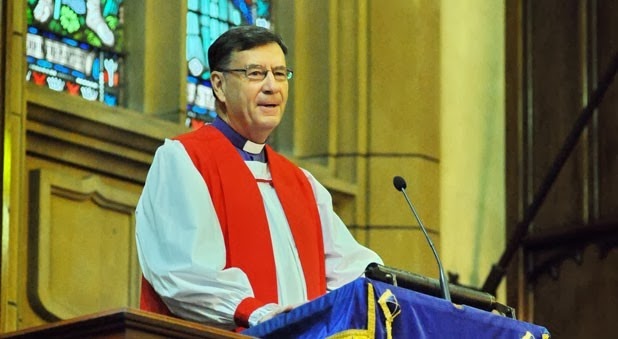 Archbishop Glenn Davies has released the text of a letter, signed by the Archbishops of the Anglican, Roman Catholic and Greek Orthodox Churches, calling for ethical research on COVID-19 vaccines.

“Along with many Australians, we are praying that a vaccine might be developed that will help bring an end to the pandemic. We were therefore disappointed to learn that of the 167 candidate vaccines for COVID-19 identified by the World Health Organisation, 29 of which are already in clinical evaluation, the Commonwealth has chosen to throw its lot in with one that makes use of a cell‐line (HEK293) cultured from an electively aborted human foetus.” the joint letter said.

This is not an anti-vaccination stance, it is a positive call for ethical research. Vaccines are a good thing yet consistent with our view of the protection of human life in the womb, it is vital that they be produced within an ethically scientific framework.

“Some will have no ethical problem with using tissue from electively aborted foetuses for medical purposes. Others may regard the use of a cell-line derived from an abortion performed back in the 1970s as now sufficiently removed from the abortion itself to be excusable. But others again will draw a straight line from the ending of a human life in abortion through the cultivation of the cell-line to the use for manufacturing this vaccine; even if the cells have been propagated for years in a laboratory far removed from the abortion, that line of connection remains. They will be concerned not to benefit in any way from the death of the little girl whose cells were taken and cultivated, nor to be trivialising that death, and not to be encouraging the foetal tissue industry.” said the letter signed by Catholic Archbishop Anthony Fisher, Archbishop Makarios the Greek Orthodox Primate, and Archbishop Davies.

Vaccine should ‘pose no moral dilemma’

“This is not an anti-vaccination stance, it is a positive call for ethical research,” Dr Davies commented after the release of the letter. “We do not yet know which vaccine might prove effective against this insidious disease but we must not allow people to be placed in a moral bind on such an important issue.”

“Vaccines are a good thing yet consistent with our view of the protection of human life in the womb, it is vital that they be produced within an ethically scientific framework. For this reason, I call on the government to not be restrictive and to explore the several alternative lines of research which do not depend upon the use of foetal tissue. When they get access to a vaccine, Australians should have every confidence that the one being offered is ethically uncontroversial and poses no moral dilemma.”