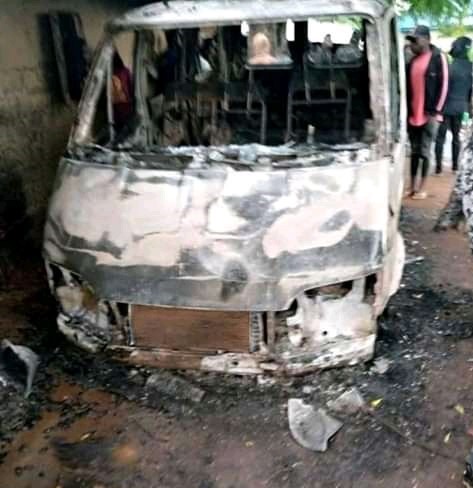 At least 22 people were killed and an unknown number injured and displaced in a series of attacks between 10 and 12 July by armed assailants of Fulani ethnicity on remote communities in southern Kaduna state. The attacks occurred despite a substantial security presence in the area and a 24-hour curfew that has been in place since the murder of a church leader’s son on 10 June.

On 10 July, nine people were killed and many more were injured during an attack on the Chibwob community in Gora Ward, Zangon Kataf Local Government Area (LGA) in the Atyap Chiefdom, which occurred at around 1.30 am. Most of the victims were women and children. The assailants also burnt down over 20 homes, several motorcycles, and a car; destroyed farms; stole 24 cows and other livestock; and looted property and food stocks.

On 11 July armed Fulani assailants attacked several settlements close to Chibwob, including the Kigudu community on the boundary between Zangon Kataf and Kauru LGAs, where ten women, one infant and an elderly man were burned to death inside a house in which they had taken refuge. Then on 12 July the militia launched a morning attack on Ungwan Audu village in the Gora Ward of Zangon Kataf LGA, killing one person and looting the entire village before burning it down entirely.

163 households, consisting of 1,013 people and including 11 pregnant women, were displaced during the weekend’s violence. They are currently sheltering in an emergency camp at an Evangelical Church Winning All (ECWA) educational facility in Zangon Kataf LGA.

Prior to this violence, two women were attacked and seriously wounded in Doka in Kajuru LGA on 2 July, and on 5 July Mr Yohanna Mutane was murdered in Maraban Kajuru. Mr Mutane’s body was found in a cave in Kajuru town.

The attacks in Zagon Kataf LGA are the latest in a campaign of violence targeting communities in southern Kaduna since January 2020, characterised by murder, looting, rape, abductions for ransom and forced displacement.  They occurred despite a significant security presence sent to the area by Kaduna State Governor Nasir el-Rufai to enforce a 24-hour curfew following a large but peaceful protest by Aytap youth about the murder of Mr Yusuf Moses Magaji, a teacher and the son of a retired clergyman.  The 32-year old father of two was killed on his farmland, which has been claimed by Hausa settlers in Zangon Kataf town. His mobile phone and shoes were found in a pool of blood on the farm, and his decomposing, beheaded body was found later in a bush close to a river.

Local sources report that the security forces “descended heavily” on the peaceful protestors, killing two and injuring many more. As the curfew persisted, several Atyap youth who attempted to tend farms were detained for breaching the curfew. In a press statement released on 12 July,  the Southern Kaduna People’s Union (SOKAPU), lamented the fact that the security officers drafted to the area “to enforce a 24-hour curfew could not be found when the invaders came.”

The SOKAPU statement also attributed the violence to “a veiled,  but documented threat” issued during a press conference in Kaduna on the 17 June by the leaders of five Fulani groups, led by the chairman of the Miyetti Allah Cattle Breeders Association of Nigeria (MACBAN) in Kaduna State, Alhaji Haruna Tugga.

In a press release issued after the attack on Chibwob, the Aytap Community Development Association  had also highlighted the fact that the violence was preceded by “devious propaganda” by MACBAN, which had claimed that 99 Fulani people had been killed in the area, and over 2,000 head of cattle had been rustled. The Development Association pointed out that shortly after these assertions, “terrorists from Nasarawa State and Abuja” were “intercepted in two vehicles on 24th June, at Mai-ido village” and were handed over to the Kachia Police Division. Stating that the attacks occurred despite extensive peace overtures and reassurances by the Atyap people towards local Fulani communities, the Development Association challenged MACBAN to reveal the whereabouts of the 99 graves and to explain how over 2,000 cattle were surreptitiously stolen during a 24-hour curfew.

In its report entitled  Nigeria – Unfolding Genocide?, launched in June on the escalating violence in central Nigeria, the UK All Party Parliamentary Group for International Freedom of Religion or Belief (APPG-FoRB) identified Misinformation as one of the contributory factors to the crisis.

CSW’s Chief Executive Mervyn Thomas said: “We extend our deepest condolences to all who lost loved ones, homes and livelihoods in these appalling attacks.  We are dismayed by the actions of the security forces, who reportedly attacked peaceful protestors and arrested farmers for violating the curfew, yet failed to prevent armed non-state actors from terrorising civilians for three consecutive days. The ongoing violence and loss of life in southern Kaduna is emblematic of an enduring failure or unwillingness on the part of both levels of government to fulfil the responsibility to protecting all citizens in an effective and unbiased manner. International pressure must be brought to bear on both the state and federal authorities to ensure that vulnerable communities are protected, that both the inciters and perpetrators of these attacks are brought to justice, and that survivors receive compensation and humanitarian assistance. CSW therefore urges the UN Human Rights Council to convene a special session on the relentless violence in central Nigeria, with a particular focus on the southern Kaduna area and Plateau State, and for the High Commissioner for Human Rights to take the 2019 preliminary report on Nigeria by the Special Rapporteur on extrajudicial, summary or arbitrary executions forward with a view to ensuring accountability.”