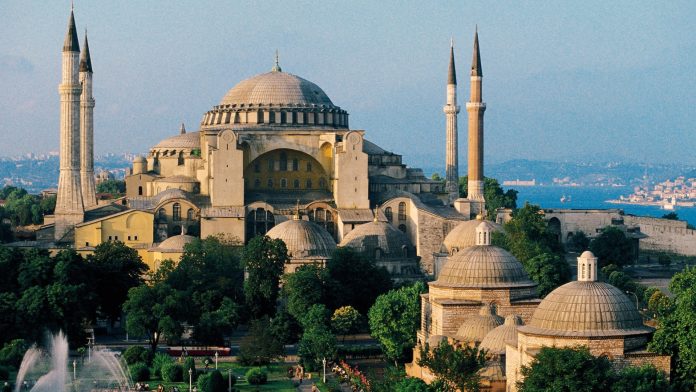 Istanbul (Agenzia Fides) – The possible conversion of the monumental complex of Ayasofya in Istanbul into a mosque “will push millions of Christians around the world against Islam”. This is the dramatic alarm launched by Bartholomew I, Ecumenical Patriarch of Constantinople, in the imminent pronouncement of the Turkish Council of State, which in a session scheduled for Thursday 2 July will consider overturning the decision with which in 1934 the Turkish government had converted the ancient Byzantine Basilica into a simple museum transformed into a mosque after the Ottoman conquest of Constantinople (1453).

The strong impact of Bartholomew’s words were pronounced in the homily of the “Primus inter pares” of Orthodoxy, during the divine liturgy celebrated on Tuesday 30 June in the Orthodox church dedicated to the Holy Apostles, in the Feriköy district of Istanbul. Ayasofya, by virtue of its sacredness – the Patriarch remarked – is a center of life “in which East and West embrace”, and its eventual conversion to a place of Islamic worship “will cause a break between these two worlds”. In the 21st century – continued the Patriarch – it is “absurd and harmful that Hagia Sophia, from a place that now allows the two peoples to meet us and admire its greatness, can again become a reason for contrast and confrontation”. In his homily, Bartholomew repeated with heated tones that Ayasofya “belongs not only to those who own it at the moment, but to all humanity, and “the Turkish people have the great responsibility and honor to make the universality of this wonderful monument shine”, given that “Ayasofya as a museum is the symbolic place of encounter, dialogue, solidarity and mutual understanding between Christianity and Islam”.

At the beginning of June, as reported by Fides (see Fides 6 and 10/6/2020), Turkish media published rumors that Turkish President Recep Tayyip Erdogan himself had given instructions to initiate the legal process aimed at changing the status of the monumental complex of Ayasofya, to celebrate Islamic religious rituals again in that place without closing it to the flow of tourist visits. The pronouncement of the Turkish Council of State, expected on July 2, will represent an institutional response which will have a strong impact and will allow to evaluate the realistic chances of success of the pressing put in place by political sectors currently in power in Turkey.