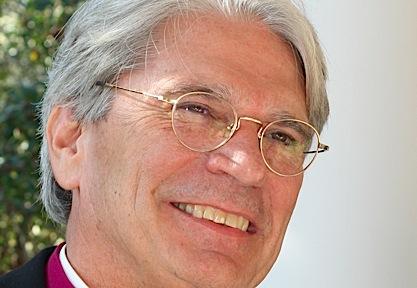 At 8:39 a.m. EDT this morning, South Carolina Circuit Court Judge Edgar Dickson filed his long-awaited decision on remand in the drawn-out dispute between Bishop Lawrence and the (now) Anglican Diocese of South Carolina vs. the Episcopal Church (USA) and its diocese (created to replace that of Bishop Lawrence when the latter voted to withdraw from ECUSA).

The decision is a full and clear vindication of all of the arguments made by Bishop Lawrence and his parishes, with the exception of those concerning trademarks, insignia and intellectual property (which Judge Dickson held were governed by federal trademark law). Making factual findings as to each of thirty-six individual parishes, Judge Dickson ruled (1) following the still-controlling decision of the South Carolina Supreme Court in All Saints Waccamaw, ECUSA’s Dennis Canon by itself does not create or impose a legally binding trust on any church property in South Carolina; (2) none of the thirty-six parishes ever expressly acceded to the Dennis Canon in any written document; and (3) Bishop Lawrence’s Diocese did not lose its status as beneficiary of the Camp Christopher Trust when it exercised its legal right to disassociate from ECUSA (again following another holding of the Waccamaw case).

Judge Dickson does an excellent job of laying out these conclusions at the close of his Order:

What does this mean on the ground? Again, Judge Dickson — in contrast to the indeterminate and scattered holdings of the South Carolina Supreme Court, whose “Collective Opinions” he was forced to parse and make sense of — leaves nothing unclear:

Your Curmudgeon does not gloat or boast, but tries to keep things humble and accurate here. Nevertheless, this earlier post foreshadowed this result. It was obvious to a lawyer’s mind that no three justices of the South Carolina Supreme Court had agreed on anything except that they were not overruling All Saints Waccamaw, which remained good law. And following that lead, Judge Dickson finds that each of the questions presented for him on remand was already resolved by that earlier decision.

Those commenters who took the arrogance of Justices Hearn and Pleicones (who were actually in the minority, but refused to acknowledge it) at face value were misled into thinking that they properly summarized the fractured holdings of the Court. But they did not. All they did was adhere to their blinkered view that South Carolina should revert to the deference rule in church property disputes — and that view, as Judge Dickson conclusively demonstrates, was not the majority view.

Where will things go from here? Well, Judge Dickson notes that there is still a pending motion to reconsider ECUSA’s earlier motion to dismiss, but that motion is pretty well now moot, given that he has ruled on the merits. So what ECUSA and its diocese can do is once again appeal to the South Carolina Court of Appeals, and then to the state’s Supreme Court. But this time, things will be different:

1. There are two new Justices on the Court (replacing Pleicones and Toal, who retired), plus Justice Hearn has recused herself from all further proceedings in this case. That leaves only four, as there were on +Lawrence’s earlier Petition for Rehearing, but this time a 2-2 split would mean that Judge Dickson’s Order would stand. So ECUSA’s attorneys would need to get the votes of three of the four sitting Justices. Given the Court’s repeated refusal to interfere with the process on remand, that eventuality does not seem likely.

2. To this day, as Judge Dickson notes, All Saints Waccamaw remains the law of the land in South Carolina, and it governs each of the property and trust questions on remand. ECUSA failed, even with the dubious participation of Justice Hearn, to get three votes to overturn Waccamaw. So where will they get them now, with Justice Hearn removed from the case?

3. This time (unlike last time), the record on appeal will include all of the individual parish documents, which show conclusively that none of them ever expressly “acceded” to the Dennis Canon as such. At most, some (but by no means all) parishes employed general language about being bound by the Constitution and “rules” (Canons) of the Episcopal Church in the United States. Moreover, the record will show that Bishop Lawrence’s diocese expressly revoked any effect of the Dennis Canon upon parish properties before it withdrew from ECUSA.

5. There is absolutely no evidence in the record, as Judge Dickson observes, of fraud or deceit justifying the law’s imposition of a “constructive trust” on the parishes’ properties. Instead, the evidence shows that they individually, and not ECUSA, paid for their own properties, and built and maintained their buildings at their expense.

6. Bishop Lawrence and his Diocese have moved on from their state-law claims to the trademarks and insignia of the traditional South Carolina Diocese. (The federal case, where the ownership to those marks is in dispute, is on appeal to the Fourth Circuit, and will be decided in that court.)

These considerations argue strongly against any chance of success were ECUSA and its diocese to try to appeal from Judge Dickson’s order. But that never stopped them before, so do not hold your breath.