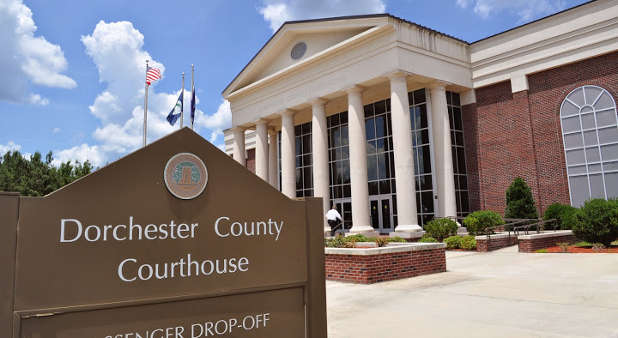 Orangeburg, S.C. (June 19, 2020) –   South Carolina Circuit Court Judge Edgar W. Dickson today granted the motion by the Anglican Diocese of South Carolina (Diocese) for clarification and other relief related to the  August 2017 ruling of the South Carolina Supreme Court contained in five separate opinions (“Collective Opinions”). Today’s ruling determined that the disassociated parishes are, “affirmed as the title owners in fee simple absolute of their respective parish real properties.”  TEC’s arguments that the Dennis Canon alone, or the Canon in conjunction with various pledges of allegiance and the like were sufficient to create a trust under South Carolina law were rejected.  Judge Dickson’s ruling clarifies the Collective Opinions, explaining that, “the Dennis Canon by itself does not create a legally cognizable trust, nor does it transfer title to property.”  This affirms that those congregations that followed state non-profit guidelines for their disassociation from TEC retain all their real and personal property.

The Diocese disassociated from The Episcopal Church in the fall of 2012, along with 80% of its congregations and members.  Litigation in this case began in January.  The Diocese filed this action seeking a declaratory judgement to clarify the rights of the Diocese and its parishes.  In February 2015, the Honorable Judge Goodstein ruled that the Diocese and its parishes, “are the owners of their real personal and intellectual property and that [TEC and TECSC] have no legal, beneficial or equitable interest in the Diocese’s real, personal and intellectual property.”  TEC and TECSC were permanently enjoined from using, assuming or adopting the marks of the Diocese.

Judge Goodstein’s ruling was appealed to the South Carolina Supreme Court, which ruled on August 2, 2017 in the form of five separate opinions.  The lack of agreement among those five opinion required clarification.  The Diocese filed a Motion for Clarification on March 23, 2018.

In his ruling, Judge Dickson made several important conclusions of law. Chief among them was his ruling on the central issue of interpreting the Collective Opinions.  As he noted in quoting former Chief Justice Toal, “The Court’s collective opinions in this matter give rise to great uncertainty, so that we have given little to no collective guidance in this case or in church property disputes like this going forward.”  He concluded that, “This court must distill the five separate opinions, identify the court’s intent and produce a logical directive.”  With respect to parish property, the law of this case follows the precedent of All Saints Parish, Waccamaw (2009).  In his deciding opinion, Chief Justice Beatty, “found that the Dennis Canon, standing alone, does not unequivocally convey an intention to transfer ownership of property to the national church…”  In accordance with established South Carolina law, establishment of a trust interest must meet the standard of being “legally cognizable”.    The Diocese has argued that there is no such evidence of accession to the Dennis Canon that meets this standard and Judge Dickson concluded, “This court finds that no parish expressly acceded to the Dennis Canon” and “defendants failed to prove creation of a trust.” He further concluded, “TEC’s argument that their unilaterally drafted Dennis Canon created a trust under South Carolina law is rejected.”

In the case of the Trustees and St. Christopher Camp and Conference Center, Judge Dickson affirmed that under the All Saints ruling that a non-profit corporation which follows the correct steps to sever its association with another entity does so with all its property interests intact.  The Collective Opinions found that the Diocese and Parishes properly disassociated. As Judge Dickson explains, “Applying neutral principles of law, this court finds the Diocese and Parishes properly disassociated and control their real and personal property with any improvements thereon.  Following the narrowest grounds of the majority in the Collective opinions, this Court finds that Camp St. Christopher should remain as titled in the Trustees of the Protestant Episcopal Church in South Carolina as stated in the 1951 deed.”

On the final matter of registered trademarks, Judge Dickson said “This court finds that the Federal Court has jurisdiction over matters related to trademarks, intellectual property and service marks,” Those matters are currently on appeal before the Federal Fourth Circuit Court of Appeals in Richmond.

Speaking on behalf of the Diocese, the Rev. Canon Jim Lewis observed, “The Diocese welcomes the clarity of Judge Dickson’s interpretation of the Supreme Court’s Collective Opinion.  By twice denying petitions by TEC and TECSC to prevent Judge Dickson from completing this task, the Supreme Court has clearly signaled its desire to resolve these issues.  We remain confident that our ability to disassociate from TEC, with all our legal rights intact, will continue to be affirmed.”

In response to today’s ruling, the Rt. Rev. Mark J. Lawrence, bishop of the Anglican Diocese of South Carolina expressed his gratitude.  “We give thanks for this ruling. It is a day to rejoice. It is a day to move forward in Christ’s mission to the world. Thanks be to God.”

Lead counsel for the Diocese and parishes, Alan Runyan, had this to say about Judge Dickson’s ruling: “ Following governing South Carolina precedent from over a decade ago and governing United States Supreme Court precedent from over four decades ago, Judge Dickson clarified the “great uncertainty” (A.J. Toal) that these 5 separate opinions brought to the resolution of the issues in this case as well as to the application of neutral principles of law in property disputes between other religious organizations in future cases.”

The Diocese anticipates that Judge Dickson’s ruling will be appealed and is hopeful that if the State Supreme Court agrees to hear our case again, they will uphold the clarity brought by today’s decisions.