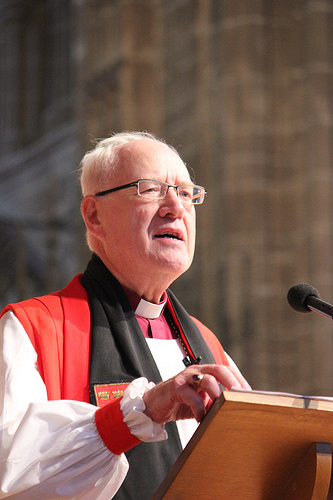 The former Archbishop of Canterbury, the Most Rev George Carey, has rejected suggestions he was involved in the John Smyth affair, stating he had never met the Iwerne Camp leader and had no knowledge why the Diocese of Oxford would suspend him in connection with the Smyth investigation.

He also said his experiences with the National Safeguarding Team and Archbishop Justin Welby’s office game him “little confidence” in the investigations.

A spokesman for the Diocese of Oxford released a statement this week saying that in the course of the review of the Church of England’s handling of allegations against the late John Smyth QC, who allegedly abused boys from the Iwerne camps over 35 years ago “new information has come to light regarding Lord Carey, which has been passed to the National Safeguarding Team for immediate attention”.

“Lord Carey’s PTO (permission to officiate) was revoked by the Bishop of Oxford on Wednesday 17 June. Lord Carey is currently unauthorised to undertake any form of ministry in the Diocese until further notice.”

The diocesan statement noted that no allegation of abuse had been made against Lord Carey, however.

In a 17 June 2020 statement Lord Carey proclaimed his innocence. He was also nonplussed as to why he was suspended and what he was alleged to have done to merit the discipline.

“I am bewildered and dismayed to receive the news a short time ago that due to ‘concerns’ being raised during the review of John Smyth QC I have had my PTO revoked. I have been given no information on the nature of these ‘concerns’ and have no memory of meeting Mr Smyth. In 2018 the National Safeguarding Team and the office of the Archbishop of Canterbury invited me to meet with them to arrange safeguarding training and facilitate a meeting with survivors of Peter Ball’s abuse. To my immense disappointment they have failed to deliver action on either of these matters which were the subject of a mutually agreed plan. As a result, I have little confidence in their ability to pursue a proper investigation. I understand from the testimony of victims and survivors of clerical abuse that this lack of confidence is widely shared.”