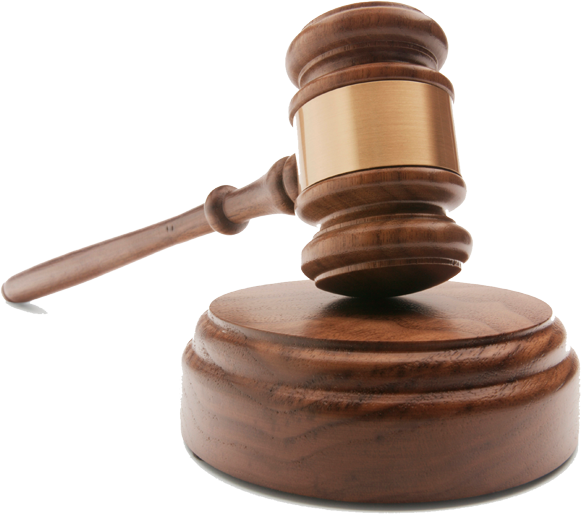 In a comprehensive and unanimous thirty-page decision filed Friday morning, May 22, the Texas Supreme Court ruled in favor of Bishop Jack L. Iker and reversed the Court of Appeals’ earlier decision to the effect that ECUSA’s rump diocese, and not Bishop Iker’s diocese, controlled the Texas corporation which holds title to the properties of those parishes which in 2008 voted to withdraw their diocese from the unaffiliated and unincorporated association that historically has been called the (Protestant) Episcopal Church in the United States of America.

The decision is as straightforward an application of “neutral principles of law” (espoused by the U.S. Supreme Court in Jones v. Wolf) as one could find among the courts to which ECUSA has presented its “hierarchical church” sophistries. It repudiates those sophistries in a succinct passage (pp. 24-25):

The opinion then makes short shrift of ECUSA’s remaining arguments. It demolishes ECUSA’s Dennis Canon, first by holding that a beneficiary like ECUSA cannot declare a trust in its favor in Texas on property that it does not own, and second by holding that even if the Dennis Canon could be said to create a trust in ECUSA’s favor, the Canon does not, as Texas law specifies, make the trust “expressly irrevocable”. Thus it was well within the power of Bishop Iker’s Fort Worth Diocese to revoke any such trust, which it did by a diocesan canon adopted in 1989 — to which ECUSA never objected in the twenty years following that act.

The Texas Supreme Court affirmed the Court of Appeals’ holding that ECUSA could not assert title to the parishes’ properties by way of any “constructive” trust (a creation of the law to prevent a wrongdoer’s “unjust enrichment”), or by the ancient doctrines of estoppel or trespass-to-try-title, or by accusing Bishop Iker and his fellow trustees of the diocesan corporation of breaches of fiduciary obligation allegedly owed to ECUSA. Each of those claims would involve the civil courts unconstitutionally in disputes over religious doctrine.

In conclusion, the Court affirmed the judgment of the Court of Appeals on the grounds last noted, reversed its principal holding that as an ecclesiastical matter, ECUSA got to say which corporation under Texas civil law was the entity which held the parishes’ property in trust, and reinstated the trial court’s judgment that Bishop Iker’s corporation was in law the trustee of the properties of the parishes in his diocese.

Where does the matter go from here? First of all, back to the trial court, whose judgment (now made final by the Texas Supreme Court) “permanently enjoined [ECUSA]’s clergy and leaders from acting as “The Episcopal Diocese of Fort Worth” (opinion, p. 11).  That injunction may now be enforced, and so ECUSA and its rump diocese will have to come up with a different name.

(That is one of the downsides of a litigation strategy pursuant to which you pretend to be the “true” diocese that continued in the place of the one that withdrew. You argue that the vote to withdraw was “illegal” under ECUSA’s Constitution and Canons, which in fact are silent on that subject [see the Court’s opinion, p. 23], and so conclude that it is the withdrawing entity that has to find a new name. It is a game with all-or-nothing stakes. Now ECUSA and its followers in Fort Worth have played it and lost.)

Also facing a required change will be the ECUSA-aligned parish of All Saints in Fort Worth, which  thanks to the graciousness of Bishop Iker was allowed to stay in property which the trial court ruled belonged to Bishop Iker’s corporation, pending the final outcome of the appeal. See my earlier post on that topic for details.

ECUSA’s provisional bishop in Fort Worth issued a pastoral letter to his parishioners in which he stated he was joined by ECUSA’s Presiding Bishop, Michael Curry — you may read it here. The letter is remarkable for showing a lack of understanding as to what the Court held, when it says:

I remain convinced that we are right in our affirmation that we are the continuing Episcopal Diocese of Fort Worth and that I am its bishop.

Can the man not read English? Look at what the Court says in the first sentence of the paragraph that I first quoted above: “In sum, TEC’s determinations as to which faction is the true diocese loyal to the church and which congregants are in good standing are ecclesiastical determinations to which the courts must defer” (my emphasis added). The Court says it again on page 20: “No one disputes that TEC’s determinations as to its denominational leaders and “good standing” with the church are ecclesiastical questions.” (The Court also said the same thing in its earlier opinion in the 2013 case of Masterson v. Diocese of Northwest Texas, as it shows by quoting a passage from it in its current opinion at page 23.)

This Texas case is not about whether ECUSA needs to follow its own Constitution and Canons when it fashions an ersatz diocese out of the remnant clergy and parishioners who elect to remain in ECUSA when one of its member dioceses votes to cancel its affiliation with General Convention. Those are ecclesiastical matters which cannot be determined in the civil courts, as ECUSA’s own canons recognize.

By the same token, however, ECUSA’s ecclesiastical powers do not extend to overriding the laws of the various States in which it operates. The very essence of “neutral principles” is that a church is treated just as any other citizen of that State would be when it comes to complying with the laws and regulations dealing with entities like corporations and unincorporated associations. To hold otherwise — as the high courts in New York, California, Connecticut, Georgia and several other States have done — is not only to misread Jones v. Wolf, but also to violate the First Amendment by favoring one religious denomination at the expense of others.

ECUSA and its rump diocese may be speaking softly for now, but true to their form, they most likely will petition the United States Supreme Court to review this decision in an effort to get that Court to explain just what it really meant in Jones. Given that Court’s reluctance, in each of the dozen or so instances it has been asked to do so in the forty-odd years since 1979, I would not take any bets on ECUSA’s chances of success. But when you have over $350 million in trust funds at your disposal, and have had no qualms about spending well over $60 million on attorneys and church property litigation since 2000, one’s chances of success would not appear to be a factor under consideration.

In other words, keep your powder dry, and stay tuned for more.