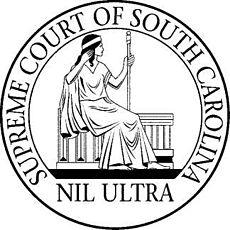 On Tuesday, March 31, the South Carolina Supreme Court entered an order that denied without comment the petition filed the previous month by ECUSA and its ersatz diocese in South Carolina seeking a “writ of prohibition” (that is, an order to halt proceedings) directed to the Circuit Court of Dorchester County (Hon. Edgar Dickson, Judge) in an effort to prevent him from interpreting or clarifying the August 2, 2017 splintered decision of that same Supreme Court.

This was the second attempt by ECUSA’s attorneys to derail the proceedings on remand before Judge Dickson, who was assigned to the case by the Court after three of the Justices (one of whom belatedly recognized she was disqualified) voted to reverse the judgment of Circuit Judge Diane Goodstein. That judgment had declared that the real and personal property of each individual Anglican parish belonged to that particular parish, and the diocesan property was owned by the diocese and trustees headed by the Rt. Rev. Mark Lawrence. Last March, ECUSA and its diocese filed with the Supreme Court a petition for a writ of mandamus (an order directing a lower court to do a specific act) seeking to have the Court command Judge Dickson to “enforce” the rulings contained in its August 2017 decision. The Court denied that petition without comment, as well.

This time, the order dismissing the request for a writ of prohibition was signed by all four Justices currently qualified to act on the case (with Justice Hearn having disqualified herself). That can be interpreted as a fairly strong statement that the majority of the Court is not persuaded that Circuit Judge Dickson is doing anything improper on remand. As Bishop Lawrence’s attorneys pointed out in their opposition to the petition (see p. 6), and as their own attorneys conceded in argument before the Circuit Court, ECUSA and its diocese can always take an appeal from any final order that Judge Dickson sees fit to enter. That admission alone was sufficient ground for the Court to deny ECUSA’s petition.

How do ECUSA and its attorneys manage to contend that there are any “rulings” in the August 2017 decision capable of being enforced? By vastly oversimplifying the jumble of five separate Justices’ opinions, that’s how.

I have demonstrated in earlier posts just how divided and disunited were the individual Justices (including especially Justice Hearn, who had not yet seen fit to disqualify herself — on the ground that she was an active member of one of the parishes whose property was at stake in the case, and had earlier underwritten the effort by dissident Episcopalians to remove Bishop Lawrence from his position). It is logically impossible to derive any legal result from the five opinions other than that three of the Justices (including the one now disqualified) voted to reverse the trial court’s judgment.

So Judge Goodstein’s judgment awarding the property is now reversed. What comes next? Ah, that is the question — and one looks in vain for a mandate (direction) from any three of opinions as got what the Circuit Court should do on remand towards entering a new judgment. As Judge Dickson said at the outset of the arguments on the motions before him:

In response to the contention by ECUSA’s attorney, Mary Kostel, that the Court’s ruling as to who owned the property was “clear”, Judge Dickson responded: “We would not be here if it was clear.”

And indeed, as pointed out in Bishop Lawrence’s response to the petition for mandamus, just one day before filing its motion for enforcement with Judge Dickson, ECUSA had filed a brief in opposition to Bishop Lawrence’s petition to the United States Supreme Court for a writ to review the August 2017 decision of the South Carolina Supreme Court (p. 4):

This is just another example of ECUSA’s unabashed hypocrisy in making diametrically opposed arguments to different courts, depending on the occasion. (For another egregious example, see this post.) For the US Supreme Court, the jumbled South Carolina opinions were “ambiguous” and “difficult to discern”, but in the South Carolina Circuit Court, just one day later, all was suddenly “clear.”

Unfortunately, many lay members of ECUSA’s South Carolina diocese are swayed by their attorneys’ oversimplification of the South Carolina Supreme Court decision, as shown in various of their blogs and comments. (I will not link to them; they are in their own bubble, and do not wish to be disturbed by the truth.)

For them, this case should have been over long ago, thanks to the boost that Justice Hearn gave to their case (and of course, they see nothing wrong with her conduct). They feel they won in the Supreme Court, fair and square, and now all that’s left is for them to take over the Anglicans’ properties and bank accounts.

But such people misread the purported “summaries” by two individual Justices (Hearn for the majority voting to reverse, and Toal for the dissent) as speaking for the whole Court, when the fact is that there was no one opinion joined in by any three justices of the five. There were three votes only for a single result: reverse Judge Goldstein’s judgment. Once reversed, the task returns to the Circuit Court to apply the law as decided by the Supreme Court to the evidence in the case.

Judge Dickson is obviously not persuaded by ECUSA’s slick arguments; otherwise he could have entered an order granting their “enforcement” petition long ago.  Instead, he called for each side to submit page and line references to the case transcript showing exactly where each and every individual parish “acceded in writing” to the Dennis Canon. In doing so, he is simply taking Chief Justice Beatty at his word, since it was his vote to reverse the trial court’s decision that determined the 3-2 outcome on that point. In his opinion, the Chief Justice wrote (with my emphases added):

Could he have been more clear? He was simply assuming that twenty-nine of the thirty-six plaintiff parishes (per Justice Hearn’s count; according to Acting Justice Toal, there were only twenty-eight claimed by ECUSA) “acceded in writing” to the Dennis Canon, because that is what ECUSA’s attorneys represented to the trial court in an undocumented and unreferenced statement in a post-trial brief.

Statements by attorneys can never count as actual evidence; they only represent what they believe the evidence shows. (ECUSA never bothered to put the actual evidence of “accession” into the trial record, so there was nothing for the Supreme Court to review on that point, and nothing on which any of the Supreme Court’s justices could have based a definitive conclusion.) And as Judge Dixon is now finding out, that representation by ECUSA’s attorneys was wrong.

According to the papers filed by Mark Lawrence’s attorneys with Judge Dixon, not a single plaintiff parish ever signed a document stating that they expressly agreed to the trust which the Dennis Canon attempted to impose.  And remember that Chief Justice Beatty, in contrast to Justices Hearn and Pleicones, agreed with Justice Toal in dissent that under South Carolina law as defined in the (2009) All Saints Waccamaw case, only an express written agreement by a parish to place its property into a trust for ECUSA’s benefit could create an enforceable trust in that State. Again, to quote from the Chief Justice’s opinion:

That is the only position that is consistent with the Court’s earlier holding in All Saints Waccamaw. Once again, I remind those uninformed bloggers sympathetic to ECUSA that only two Justices voted to overrule Waccamaw and reinstate a rule of deference to ecclesiastical authority, but they were in the minority on that point. The other three Justices — a majority — voted to uphold the doctrine of neutral principles as enunciated in Waccamaw.

And that means that the Circuit Court is bound by Waccamaw as well. Absent a writing signed by the individual parish’s authority, that Court is not free simply to hand over the properties to ECUSA’s minions. Following the Supreme Court’s majority, Judge Dickson is bound to rule in accordance with the actual evidence of consent — or lack thereof. If ECUSA’s attorneys cannot produce any such evidence (and to date they have not; only blanket, generalized affirmations of the Constitution and Canons, which will not suffice under Waccamaw), the properties will stay as they now are.