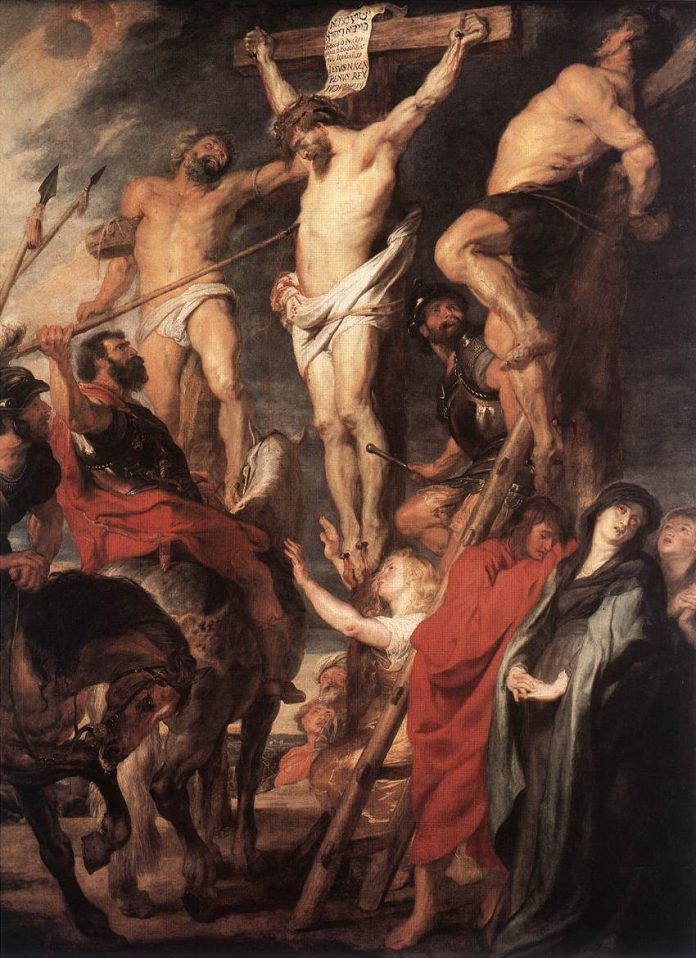 In this verse, according to Lennon’s commentary, prayer now sounds more like end-time prophecy than psalmody:

Two wild pictures of prayer charged with an intensity of wisdom and with a whiff of anarchy. Prayer is God-sponsored subversion. Nothing is safe from its penetration; no power structure, tyrant or demon is free from its interference. “Satan has asked to sift you as wheat. But I have prayed for you” (Luke 22:31-32). Prayer inverts pecking orders, the who’s who and what’s what. Not because it strives to be controversial or Bolshie, an angry voice shouting abuse from the touchlines, but because it surveys the action from alongside the throne of God. Prayer has its distinctive and revolutionary stance, even daring to turn God’s own war-engine against him as it lays siege to heaven. Prayer is the great iconoclast, scorning man’s high-prestige earth-to-heaven communications at Babel, rebuilding it from heaven to earth at Pentecost. Prayer reverses things, even thunder. Prayer is “reversed thunder.”

This is startling idea (made up of two non-startling words – but that’s poetry for you!) even for Herbert’s imagination. Do you wish to explore further into the potency and aggression of prayer? Contemplate thunder!

There is a prayer which storms into heaven as unstoppably as thunder storms into our presence on earth. It is the irresistible power of the prayer of love. Prayer inspired by love: love-at-prayer. Prayer is not measured by volume or appearances, but by the efficacy of love. Thus, no amount of thundering and storming could cause the cosmos to jump on its hinges the way Jesus’ prayer at Calvary did. It was such a small and quiet prayer amongst the rabble noise around the cross, in circumstances of utter desolation. His body convulsing with the agony of slow crucifixion, his mind and spirit obliterated with making atonement for the guilt of the world, he prayed his “Father, forgive them, for they do not know what they are doing” (Luke 23:34). The answer came as a cataclysmic outpouring of grace-power comparable, if at all, with the “Let there be light” of creation itself. The Father answered the Son’s prayer, a one-sentence request, and forgave us our God-crucifying iniquity! Such prayer is “reversed thunder”; heaven is delighted to be defenceless against it, the love of God powerless to resist the prayer of love….

And prayer is the “Christ-side-piercing spear.”

Christians of whatever tradition will agree that vital and authentic prayer is that which reaches into the heart of Christ, or however one wishes to express it. The first person to do that was not a saint, a mystic, or an apostle but a Roman soldier in the execution squad. Whether out of casual brutality or as an act of mercy he “pierced Jesus’ side with a spear, and at once there was a flow of blood and water” (John 19:34). Avoiding the subtleties of Eucharistic symbolism we can say plainly that the outflow of blood and water was the outflow of Jesus’ life. With enormous imaginative power, George Herbert sees our prayer as that spear piercing Christ’s side, penetrating deep into the innermost body, his heart, releasing the flow of his inexhaustible life into the world.

No, let’s not avoid subtleties of Eucharistic symbolism, because Herbert does not. Here are two places where he likens sacred flow from the spear to the sweet wine of the sacraments:

Who knows not Love, let him assay
And taste that juice, which on the cross a pike
Did set again abroach; then let him say
If ever he did taste the like.
Love is that liquor sweet and most divine,
Which my God feels as blood, but I, as wine.
(“The Agony”)

Nay, after death their spite shall further go;
For they will pierce my side, I full well know;
That as sin came, so Sacraments might flow:
Was ever grief like mine?
(“The Sacrifice”)

Now back to Lennon:

We touch God in prayer not on the side of his “unapproachable light” but in his flesh, our flesh, which he has made his flesh in Christ. We touch God in “the flesh of ‘God” as our prayers enter like a spear-thrust through Christ’s wide-open side into his heart. He offers himself to our prayers as he offered his side to their spear thrust. How blessedly different this is to those lofty abstractions of the theologians which effectively leave God out of our flesh-experience.

Now use this picture to assure your anxious mind that God stands open, touchable, and accessible to our prayers in Christ. “The flesh of God” is our touching place.