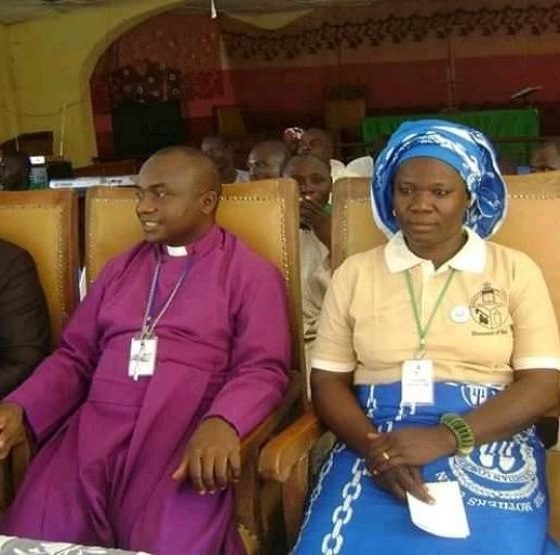 The Secretariat of the Anglican Church in Nigeria has confirmed that the wife of the Bishop of Bari Diocese in Kano state has been abducted.

Mrs Saratu Zubairu and a diocesan secretary identified as Deborah were kidnapped on the morning of 10 March. They were taken by gunmen who reportedly laid siege to Gidan Mato in Bari, where the Anglican Cathedral and Bishop’s Court are situated, and looted the town and these premises. According to the Church’s statement , the abductors have been in contact to demand a large ransom. The attack allegedly occurred at a time when the Bishop of Bari, The Rt. Reverend Idris Ado Zubairu, had travelled to Plateau state.

Abduction for ransom by armed groups is currently rife across Nigeria. No religious or ethnic community is immune, however, 2018 and 2019 saw a marked increase in the number of church leaders, their family members and lay Christians being specifically targeted for abduction for ransom and/or murder.

More often than not survivors, both Christian and Muslim, report that those responsible for their abductions were of Fulani ethnicity, that they spoke in Fulfulde (the Fulani language), and called the attention of abductees using the same clucking sound herders use for cattle. Others are reported to be francophone, or unable to understand Hausa, the lingua franca of northern Nigeria. In at least one instance confirmed by CSW Nigeria, 25 survivors of an abduction that took place on 1 January 2020 in Niger state described foreign abductors who were “tall, fair [in complexion] and wearing turbans.”

CSW’s Chief Executive Mervyn Thomas said: “CSW is deeply concerned by the abduction of Mrs Zubairu and her colleague. The growing trend of abductions for ransom is a highly concerning development which the Nigerian government must take immediate steps to address, protecting vulnerable communities and bringing those responsible to justice. We call on the government to do everything in its power to secure the immediate and unconditional release of Mrs Zubairu, her colleague, and all those currently held by armed groups in Nigeria.”

In another development, on Sunday 1 March, an armed group invaded the church service at Kauna Baptist Church in the Unguwan Dan’azumi community of Gidigori in Rafi Local Government Area (LGA), Niger state.

According to local media reports, the well-armed men arrived on motorcycles and surrounded the building. In the ensuing panic the church’s leader, Reverend Genesis Y Zakka, and three female members named Tabitha Luka, Liatu Nuhu and Rahila Luka, were abducted. Their kidnappers reportedly contacted the church secretary the following day to demand N30 million (around £63,200) in ransom. They rejected a counter-offer of N40,000, but promised to get back to the Church. It is unclear whether this has occurred.

The Niger State Police Command is also searching for five schoolgirls, their teacher and a security guard who were abducted from Tulare Academy School, Maruba, a remotely-located boarding school in Mariga LGA, on 1 March by around 36 armed assailants.

Mr Thomas continued: “It is clear from these attacks that current efforts to contain the threat posed by armed non-state actors in Nigeria are insufficient. We call on Nigeria to ensure that the armed forces are fully resourced to adequately combat the threat posed by every armed group, and urge the international community to assist wherever possible.”