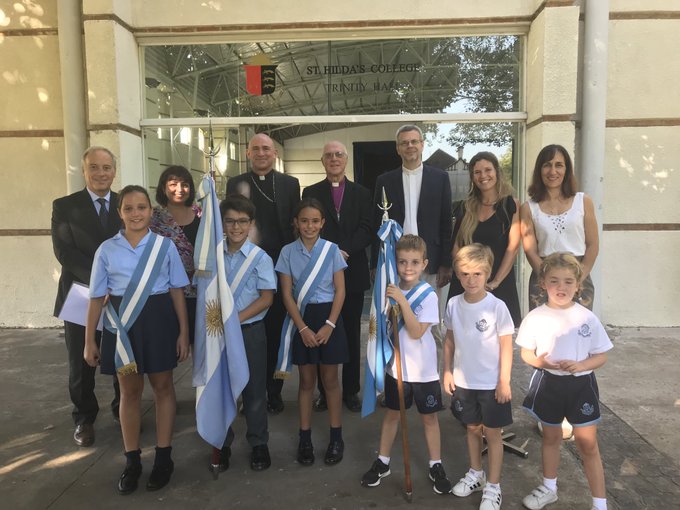 The Bishop of Sheffield’s Twitter feed is rather full of his visit to the Anglican Diocese of Argentina. The Diocese of Sheffield has a friendship link with it, so what is there to report about a Church of England bishop enjoying a bit of a jolly in his link diocese in South America?

Normally this would be a ‘so what?’ story but it is the characters in this one that make it worthy of comment.

The Bishop of Argentina is also the Presiding Bishop of the Anglican Church of South America, Greg Venables. Archbishop Venables is a member of the GAFCON Primates Council.

‘I’m afraid I cannot support the Graham Tour mission event at the FlyDSA Arena on 6 June next year, at which Franklin Graham is due to speak, and so will not be encouraging parishes in the Diocese of Sheffield to support it either.  Mr Graham’s rhetoric is repeatedly and unnecessarily inflammatory and in my opinion represents a risk to the social cohesion of our city.’

As Anglican Unscripted observed at the time, Bishop Wilcox’s statement seemed to menace a thinly veiled threat of disciplinary action against parochial clergy who chose to support the Graham mission. Such clergy, the statement implied, would be guilty of encouraging Mr Graham’s inflammatory rhetoric and thus risking the social cohesion of Sheffield.

So, the parish vicar had better steer clear of the nasty Mr Graham or else.

Several arenas around the UK, including the one in Sheffield, have now cancelled bookings by the Billy Graham Evangelistic Association after successful campaigns by LGBT activists against Franklin Graham because of his politically incorrect opinions on homosexuality. The BGEA is now taking legal action to get the bookings reinstated.

So why did a GAFCON Primate appear in a photoshoot outside a church school in Buenos Aires with a CofE bishop who colluded with LGBT campaigners to get Franklin Graham banned?

Is GAFCON getting into the habit of putting institutional relationships within the Anglican Communion ahead of loyalty to the biblical standards set out in the Jerusalem Declaration?

If so, it has not merely become a ‘ginger group’, as the Archbishop of Canterbury once rather patronisingly called it. It has turned into a waffle shop.