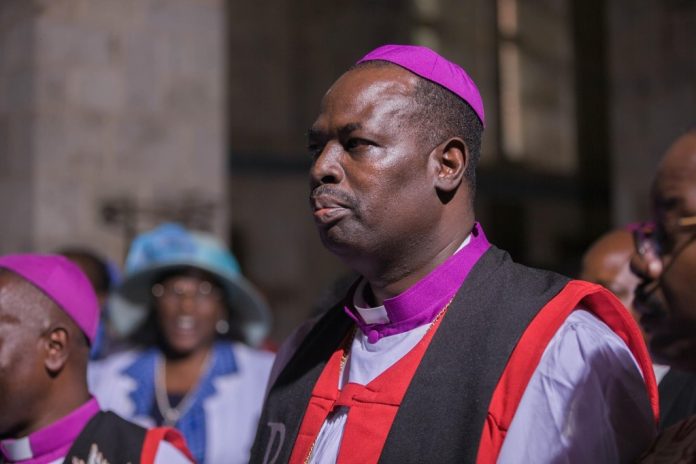 The Archbishop of Canterbury has failed to overturn the Anglican Church of Kenya’s boycott of the 2020 Lambeth Conference. On 26 Jan 2020 the Kenyan press reported the Most Rev. Jackson Ole Sapit reaffirmed that he would not be attending this summer’s gathering of Anglican bishops in Canterbury, and that there would not be an official Kenyan delegation. Individual Kenyan bishops would be permitted to attend the gathering, but they would be doing so in their personal, not corporate capacity.

In May Archbishop Ole Sapit told the Religion News Service, “I will not be at the Lambeth Conference … Others are also boycotting.”

“God’s plan of marriage is between a man and woman for procreation. Homosexuality is a sin before God,” he added, in explanation for his decision about not attending the meeting with bishops from the American and Canadian churches.

On 21 January 2020 the Most Rev. Justin Welby met with the Kenyan bishops at All Saints Cathedral in Nairobi and urged them to attend Lambeth. After the meeting the Kenyan archbishop told reporters “We had very fruitful discussions with the Archbishop of Canterbury. That is how we arrived at the point that those who will be going will be doing so in their own capacities since bishops are invited individually …” Those going to Lambeth will take a “memorandum” stating the Kenyan church’s position on human sexuality, he added.

In 2008 the Archbishop of Kenya, the Most Rev. Benjamin Nzimbi did not attend the Lambeth Conference and less than a dozen Kenyan bishops attended the gathering. It is not known how many Kenyan bishops will attend Lambeth 2020. Archbishop Ole Sapit joins the primates of Rwanda, Uganda and Nigeria in boycotting the 2020 conference.