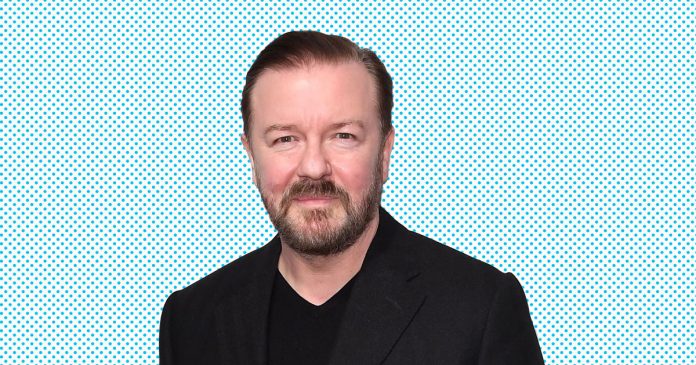 Anti-woke rebels such as the comedian Ricky Gervais, the actor and musician Laurence Fox, and the writer Douglas Murray may be a breath of fresh air in a stultifying neo-Stalinist atmosphere but social conservatives inspired by Christianity surely ought to be clear in their minds that our enemy’s enemy is not necessarily our friend.

The new anti-wokeists object to the authoritarianism and hypocrisy of the socially Marxist establishment in Hollywood, in the BBC, and in Silicon Valley as we do and they are doing so with wit and eloquence. There is much that social conservatives can applaud in this mounting rebellion. Social conservatives should be opposing woke-ist thought policing, brain-washing and social engineering.

But we are not libertarians. Our outlook has been shaped by the Book of Common Prayer.  We want to belong to a nation that is being ‘godly and quietly governed’ under a Christian constitutional monarch. Led by the Prayer Book, we pray in the name of Christ that Almighty God would ‘grant unto her (the Queen’s) whole Council, and to all who are put in authority under her, that they may truly and indifferently (impartially) minister justice, to the punishment of wickedness and vice and to the maintenance of thy true religion and virtue’.

‘They have put something in the water/They seek a cure for the conversation/They stole a march on your indecision/And the first to fall is laughter/Just to quell the long offended/They seek to murder your opinion.’

I think I can say ‘Amen’ here even if I may not be inclined to sing along for musical reasons (in case my tuneless tones were overheard by the neighbours). But there would seem to be a verse missing in an anti-wokeist hymn like this. The practical reality is that fear-spreading lawlessness is a massive impediment to liberty. When knife-murderers strut the streets of London and other major British cities with their heads held high, surely such gangsters are in their own way dictators? Woke is surely not the only threat to liberty.

‘Conservative’ political leaders may now be waking up to the growing anti-woke public feeling and we may see them being bolder in speaking out against identity politics and the delusion that ‘racism’ is widespread in British society. But unless and until Her Majesty’s Government is prepared to pass legislation that would require a judge to pronounce the sentence of death on, for example, a young man who has been found being guilty by a jury of his peers of committing murder with a knife, even if he was only a day over 18 when he did it, her ministers show themselves to be moral relativists who do not really believe in the clear demarcation between right and wrong, which is required for true liberty to flourish.

So, even at the risk of being labelled ‘boring’ by the cool new anti-wokeists, Christian-based social conservatives should be clearly different from libertarians if we are to do any good for our country.