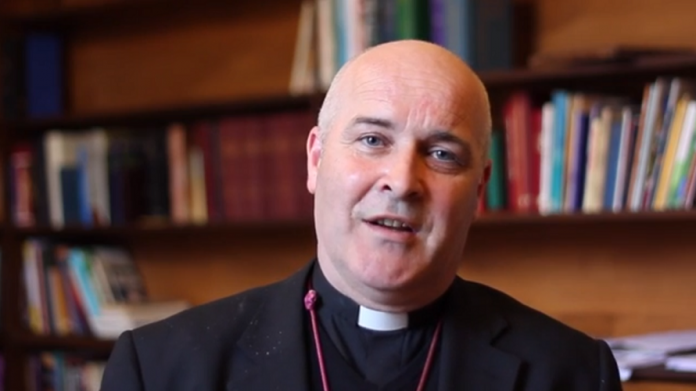 Many Anglican evangelical clergy and lay people have been left feeling dismayed and disheartened by the appointment of Stephen Cottrell as the next Archbishop of York.

That number, it would seem from various online discussions, is rather more than a ‘group who could fit in the back of a taxi’, as one well-known but anonymous member of the Twitterati, the ‘Church Mouse’ has claimed.

Of course, Stephen Cottrell is without doubt a man of genuine ability. He’s consistently reported as being well-liked. He has a clear testimony of how he came to faith, and has written some good books, such as ‘Hit the Ground Kneeling’, which I personally found helpful.

He is also a co-chair of the board of the broadly evangelical St Mellitus college, despite being from the Catholic wing of the church.

So why has his appointment caused hurt and dismay for some? Why aren’t they rejoicing, like others? And isn’t it rather unreasonable to criticise someone even before they take up their new post? It all looks a bit ‘red-faced and shouty’ – doesn’t it? Maybe – but maybe not; sometimes there are real questions to be asked. And some liberals asked them vociferously of traditionalist Philip North, of course, who consequently withdrew from the Bishopric to which he was nominated in 2017.

So here are two questions now in the minds of many evangelicals:

1. The question of trust. There are 30 clergy in Chelmsford Diocese, where Stephen Cottrell is currently bishop, who were reportedly told by him that if they disagree with the approach being taken there on matters of human sexuality they ‘should follow their consciences and leave,’ according to a Church Society statement earlier this year.

Some of them say they heard him state this ‘on more than one occasion.’ That’s quite a big claim.

And 30 is quite a number – rather more than the ‘two or three witnesses’ the New Testament tells us are necessary before considering accusations against a church leader (1 Timothy 5v19).

In a statement issued yesterday after criticism of the York appointment, a spokesperson for the C of E said it was ‘untrue that Bishop Stephen suggested to any other clergy that they should leave the Church of England. As he is said at his announcement, the Church of England is a Church for all people, welcoming everyone.’

Is the implication therefore that those clergy are lying, or all mistaken? Either way, these conflicting statements cannot obviously be reconciled. And that doesn’t generate trust.

Moreover, since the Chelmsford clergy voicing this complaint seem to be those adhering to the established Anglican position on sexual matters, Bishop Cottrell’s appointment to York now sows anxiety and doubt among those outside that diocese who also hold this view.

Only a couple of days ago, a recent letter of resignation from one Anglican clergyman in Chelmsford diocese, Stephen Hanna, became more public.  He has felt marginalised and excluded by ‘various practices that have been allowed to happen within this diocese’.

Now others elsewhere are fearing, ‘Will that happen to me too?’

2. The question of belief. On Radio 4’s Today programme yesterday, Bishop Cottrell was asked about same-sex relationships. He said a few genial, non-contentious things with which it would be hard to disagree. What he didn’t do was articulate the long-established Anglican view on this issue. So yesterday’s C of E statement had to clarify ‘he upholds the teaching of the Church of England that recognises marriage as being between one man and one woman’.

But that is not the same as upholding wider Anglican teaching on this matter, including, I believe, celibacy outside heterosexual marriage.

In 2017 he said: ‘It is of little comfort to … gay or lesbian members of our Church to know that… any committed faithful sexual expression of their love for another is forbidden.’

Of course, equally, some would say his view provides little comfort to gay and lesbian Christians like those in the Living Out movement leading lives of Godly self-denial in line with two millennia of orthodox Christian morality.

If Bishop Cottrell wants to be build trust, he could perhaps meet Church of England Evangelical Council (CEEC) members and Church Society leaders and answer any questions they have, for example. He could articulate a grasp of truth, error and church unity which is more than simply saying it is ‘our baptism and our belonging to each other that really matters’ (a peculiar quote, also from yesterday’s press release).

He could offer great reassurance to many by affirming his belief in the Anglican Communion view on sexual issues in Lambeth Resolution 1.10. The Church of England’s ‘Living in Love and Faith’ process is not expected to offer any firm conclusions to contradict that next year, so there is really nothing to stop any Bishop upholding that position.

After all, it cannot be too much to ask that an Archbishop should espouse and teach what the Church believes. Can it?

Reprinted with the author’s permission from Christian Today.