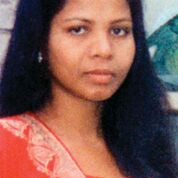 The reports come from sources as diverse as the US Commission on International Religious Freedom (USCRIF) and Humanists International.

The USCIRF reports there are still 80 people in Pakistan imprisoned on blasphemy charges. And the latest Freedom of Thought Report from Humanists International says Pakistan remains a ‘perennial offender’ in imprisoning people for blasphemy – long after the country’s Supreme Court discredited the high-profile case against Asia Bibi.

According to the Freedom of Thought report: ‘The authorities prosecuted a total of 1,170 blasphemy cases between 1987 and 2012, with scores of new cases every year. Civil society reports estimate that in 2017 alone at least 50 individuals were imprisoned on charges of blasphemy, with at least 17 facing possible death sentences.’

And according to Al Jazeera more than 70 people have been murdered following blasphemy allegations since 1990.

Last year (2018) Amnesty International reported a large increase in blasphemy cases since the 1980s: ‘A total of 633 Muslims, 494 Ahmadis, 187 Christians and 21 Hindus have been accused under various provisions on offences related to religion since 1987.’

Release partners believe the number of Christians imprisoned could be far higher.

‘Given that Christians make up just two per cent of the population, the numbers charged are disproportionately high, says Paul Robinson, the CEO of Release International, which supports persecuted Christians. ‘Christians are ten times more likely to be accused of religious offences in Pakistan.’

Release International has long been calling for the repeal of the country’s blasphemy laws. Says Paul Robinson: ‘The blasphemy laws have been used to make false allegations against Christians, often to settle scores. Just to accuse someone of blasphemy can light a fuse that leads to murder. The blasphemy laws are weapons of religious discrimination. They must be repealed.’

In October, a cry of blasphemy went up against Amir Masih, a Christian sanitation worker from Yousafabad. While Amir was collecting rubbish, he found a bag containing pages from the Bible and Koran. He brought the pages to a Muslim shopkeeper to check.

The shopkeeper accused Amir of being ‘unclean’. He was dragged to a mosque where the imam announced over the loudspeaker that they had managed to stop a blasphemous Christian. The imam called for Amir to be punished and encouraged others to set fire to the homes of Christians.

At this point, the police intervened and the blasphemy charges against Masih were dropped.

That’s unusual. All too often, a blasphemy charge provides the excuse to incite widespread violence.

The USCIRF highlights the case of Sawin Masih, a Christian road sweeper who was arrested in 2013. He was accused of insulting Islam during a private conversation with a Muslim friend:

‘A local mosque broadcast the allegation over its loudspeakers. A mob of more than 3,000 attacked Masih’s home, then looted and vandalized numerous Christian homes, shops, and churches in the immediate vicinity. Hundreds of Christian families were reportedly displaced. Masih was sentenced to death in March 2014. He remains in prison following his most recent appeal hearing on September 17, 2019, with the judge referring his case to an Anti-Terrorism Court for further review.’

His case has echoes of that of Asia Bibi. She, too, was accused of being unclean because she was a Christian. Local judges were intimidated by mobs baying for her blood and found her guilty. She ended up on death row for eight years before finally being acquitted by the Supreme Court. The highest court in the land described the original charges as trumped up and threw them out. The risk of mob violence is ever-present. Politicians have been murdered just for questioning the blasphemy laws.

Release International is working with partners in Pakistan to support and care for prisoners of faith. Some, like Zafar Bhatti, were falsely accused of blasphemy to prevent his work as a Christian journalist and put his life in jeopardy.

He was arrested seven years ago after reporting on Christian persecution. Release Partner, Lahore Evangelical Ministries, says: ‘Somebody used his mobile to send a text against the Prophet. This became a blasphemy case against him. Insulting Mohammed means anyone can kill him. His guard attempted to kill him and somebody gave him poison.’

False blasphemy charges can be devastating for the entire family: ‘My life is ruined without him,’ says Zafar’s wife Nawab Bibi. ‘When Zafar was arrested, my life became meaningless. I felt myself all alone and I thought my life is finished. He is in prison. I am really suffering.’

Most Christians in Pakistan are poor, illiterate and vulnerable to abuse, especially young women and girls. Believers face discrimination in education, employment and the law.

Release International is working to support them and campaign for justice – including the repeal of the blasphemy laws.