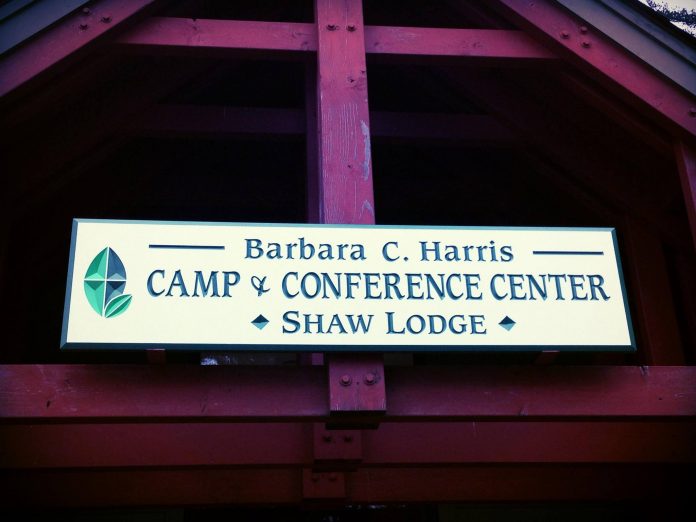 The Barbara C. Harris Camp and Conference Center in Greenfield, New Hampshire, will receive a little over $300,000 under an Oct. 30 settlement agreement, bringing to a close the embezzlement case involving the center’s former bookkeeper, Beverly Morello, which has been in progress for nearly two years.

The settlement money is to be paid over an eight-year period at five percent interest.

The settlement is in addition to the restitution that the Hillsborough County Superior Court ordered in May, in the amount of $650,000, along with a one-year jail sentence for Morello and eight years of probation.

While the settlement does not restore the full amount stolen from the center over a period of approximately seven years, the Executive Committee of the center’s Board of Directors, its legal counsel and the Charitable Division of the New Hampshire Office of the Attorney General believe it to be the best possible and most realistic outcome.

“We believe that we have done our best possible diligence toward recovery of funds, and we are confident that, with this settlement agreement in place, the Barbara C. Harris Camp and Conference Center can now move forward and flourish in its ministry of hospitality, recreation, spiritual refreshment and Christian formation, which touches and transforms lives throughout our New England Episcopal Church and beyond,” the president of the center’s Board of Directors, the Rev. Natasha Stewart, said.

Questions arose in late October 2017 about some bookkeeping irregularities at the center. An internal investigation led to the discovery of the embezzlement of funds.  The Board of Directors, through its president and Executive Committee, responded immediately to secure all accounts and to report the situation to the appropriate authorities.

“I want to emphasize to all who participate in and support the Barbara C. Harris Center’s ministry, and all who continue to be served by it, that the Board has been working over these many months with the staff to review procedures and to make sure that appropriately stringent financial controls are being implemented,” Stewart said.

The Rt. Rev. Alan M. Gates, Bishop of the Episcopal Diocese of Massachusetts, has expressed his confidence in the process which has led to the settlement. “I am grateful to our Board members for their diligence, to the professional counsel that has supported them and for all the prayerful support we’ve had along the way,” Gates said. “We emerge from this very challenging situation more committed than ever to the mission of the Barbara C. Harris Center, and all those whose lives are transformed in that remarkable place.”

The Barbara C. Harris Camp and Conference Center is a 501(c)3 nonprofit organization and a ministry of the Episcopal Diocese of Massachusetts.