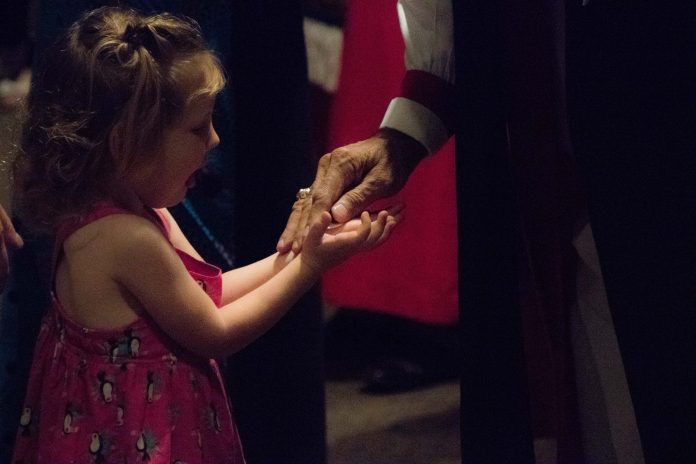 Mission movements are expanding at an historic rate into places and among people groups that Christians have not previously ministered, according to speakers at a major gathering of Anglican missionaries.  At the same time, the depth of Christian persecution has increased in many parts of the globe.

“We are in the middle of a season where the Kingdom of Christ is expanding,” assessed Jason Mandryk and Molly Wall, Co-Directors of Operation World. “Much of this has been in the context of suffering and persecution.”

Mandryk and Wall spoke at New Wineskins for Global Mission, a triennial gathering of mission agencies, relief and development groups, seminaries, clergy and laity. The conference drew more than 1,200 registrants to the mountains of western North Carolina September 26-29, along with a parallel youth event and nearly two dozen pre-conferences hosted by various Anglican ministry groups.

The influence of the Charismatic renewal movement was frequently visible at the conference, with a program emphasizing, at times, spiritual gifts, intercessory prayer, and spiritual warfare against demonic opposition.

Many participants were returning from the mission field. Throughout the week, it was not unusual to see friendships renewed amidst laughter and story-telling, while steps away others huddled around a bench in prayer, emerging to wipe tears from faces.

“The mission starts with the people near you: we love our neighbors, we love our enemies,” encouraged Sudanese Bishop Andudu Elnail of the Episcopal Diocese of Kadugli recounting the spread of the Gospel in his region amidst war and difficulty.

The 2019 conference, themed “Better Together”, called for churches to embrace risk in order to reach those who had never heard the Gospel and to glorify God.

“Following Jesus is not about being nice, the Gospel is not respectable,” charged Missionary to Burundi Simon Guillebaud. “Everything in our [western] culture is sucking us into a rigid conformity, and conformity is not maturity. Will you embrace risk for God’s glory?”

Opportunities and risks have increased since the gathering first convened in 1994.

The increased level of persecution was apparent; some presentations were under a “security blackout” due to the sensitive nature of regions in which the presenters ministered. Red lanyards identified those participants wishing to not be photographed, and several presentations were closed from streaming or social media.

This is in the context of 245 million Christians living in areas with high levels of persecution, according to conference speaker and Heirloom Love author Dominic Sputo. Sputo cited North Korea’s ongoing detainment of 50-75,000 Christians and their extended families in “multi-generational” concentration camps as a grievous example. India and Nigeria were identified as countries experiencing rapid increase in anti-Christian persecution, with the rise of Hindu nationalism in the former and Jihadist movements including Boko Haram in the latter.

“Let us not give up meeting together as some are in the habit of doing,” Sputo read from Hebrews chapter 10. Despite these risks, persecuted Christians still meet together, the Lumen Life founder reported.

“Do not harden your hearts,” Sputo quoted from Hebrews chapter 3. Instead, Sputo exhorted faith, confidence, encouragement and endurance.

“Remember those in prison, as if you were there yourself. Remember also those being mistreated, as if you felt their pain in your own bodies,” Sputo quoted from Hebrews chapter 13.

Conference participants also heard from Archbishop of Sri Lanka The Most Rev. Dhiloraj Canagasabey, who was introduced in the context of the Easter bombings that targeted Christian communities in the south Asian nation.

“There is no true understanding of discipleship apart from the reality of suffering and the cross,” Canagasabey shared. But the Anglican bishop placed this in the context of Christian hope rooted in the promises of Jesus Christ: “The second coming will only put the finishing touch on what he has already achieved.”

More than 50 countries were represented at the conference, according to New Wineskins Director Jenny Noyes.

Contrary to popular opinion, religious adherence is increasing from 80 percent of global population in 1970 to be on track to reach 90 percent in 2025, according to Mandryk and Wall from Operation World.

“When people lazily assert that religion is disappearing globally, we invite you to dissuade this,” the two advised in one of the conferences plenary sessions. Changes are most visible in China and the former Soviet Union, where official state atheism has partly yielded to growth in religious faith.

In 1960, about half of the world population was un-evangelized, reported Wall. Today, only about 26 percent is un-evangelized. Yet 86 percent of all Buddhists, Hindus and Muslims do not personally know a Christian.

“How can they call on the one whom they have not heard?” Mandryk asked, noting that un-evangelized populations overlap significantly with areas of great poverty, violence and instability. “It is the agenda of the enemy to kill, steal, destroy, twist and deceive.”

Fishing in a New Pond

Conference speakers regularly reminded participants of the importance of the Great Commission to go and make disciples of all nations, establishing, in the words of Anglican Frontier Missions (AFM) founder the Rev. Tad de Bordenave, “Jesus’ global intent.”

“A great commission has come to us from heaven. It has the moral authority of Christ’s expectation for what we do,” reminded de Bordenave. “We don’t have the authority to delete, alter or ignore part of what God has told us he expects the church to do.”

“How can they hear the Gospel? Through me, and through you,” AFM Executive Director Chris Royer summarized. “There is no other way.”

Royer challenged those at the conference to pray for a country, city, and people group “that Jesus will be exalted there.” He shared about his time of overseas ministry among an overwhelmingly Muslim-majority group where, at the time, no indigenous church existed.

Dr. David Garrison, Executive Director of Global Gates, shared about his family serving for years as “non-residential” missionaries to Libya, surrounding it and meeting Libyans for years in the neighboring countries of Egypt, Tunisia, Malta.

“What we discovered across that unreached part of the world was that people were not resistant, they were neglected,” Garrison relayed. He studied church planting movements, the rapid multiplication of churches planting other churches that spread through a people group. Today, there are growing numbers of these movements globally, including Muslim-background peoples from Bangladesh, Southeast Asia, and millions of baptized Chinese believers.

“There are movements happening in every house of Islam,” Garrison reported, referring to distinct parts of the Islamic-majority world.

In examining 13 centuries of Islamic history, Garrison identified few movements of at least 1,000 baptized Christian converts until the 1960s. Eleven such movements appeared in the late 20th century. In the 21st century, 69 movements of that size were identified in the first 14 years.

“This number is very conservative,” Garrison reported, indicating that there is evidence of many more. “We’re learning how to fish in a new pond, there’s new fish there, and God is teaching us how to catch them.”