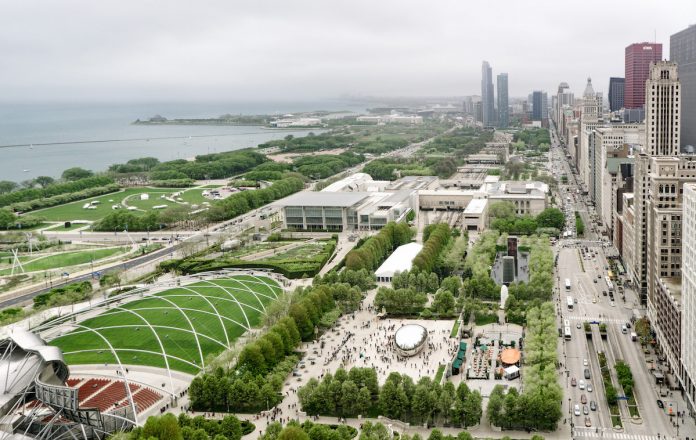 “Although an outdoor park is the quintessential public forum, the City’s Rules purportedly transform the outdoor public park into a novel spatial concept with various “rooms” that prohibit freedom of speech,” the complaint states.

According to Millennium Park rules which were made public on April 2, 2019, visitors had to secure permits to discuss religion or partake in any other speech or display, and even then could only do so in one corner of the Park, away from central activities. The rules were altered on August 26 to remove the need for a permit, but still state without explanation that one visitor may not disrupt another’s objective enjoyment of amenities or performances in any way, which opens the opportunity for a situation in which essentially anyone can shut down speech or activities they deem offensive.

These restrictions were only officially enacted after the students were repeatedly confronted in and around the public property of Millennium Park by Chicago Park authorities who stopped them from preaching and distributing free religious literature, classifying the acts as “solicitation.”

Mauck & Baker, LLC filed a complaint on behalf of the Wheaton students after giving the City of Chicago several weeks to amend the unconstitutional aspects of the Millennium Park rules. The City never responded to this request.

Since the City of Chicago is currently unwilling to find a compromise that protects free speech, the Wheaton students are asking the court to intervene by ordering the City to revise certain aspects of the Millennium Park rules, as they currently burden speech and serve no legitimate governmental purpose.

“We desire to exercise our constitutional right to free speech through sharing the Gospel of Jesus Christ. For the sake of every citizen who desires to make use of the rights our forefathers bled for, we pray that the City of Chicago amends their unconstitutional code,” plaintiff Matt Swart, sophomore at Wheaton College, said.