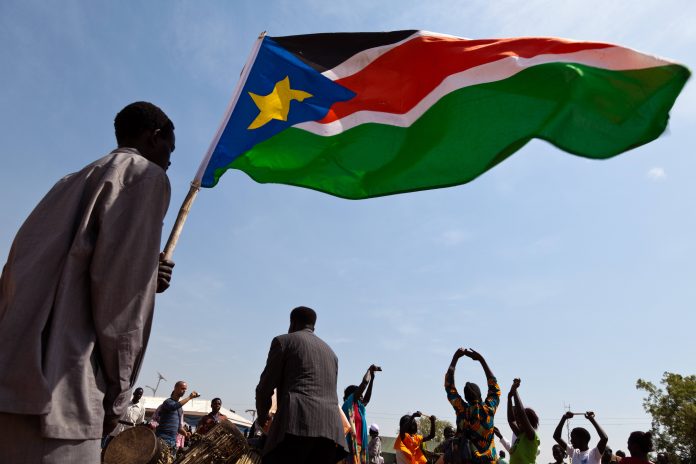 NAIROBI, KENYA – SEPTEMBER 12, 2019 – Today marks one year since warring parties in
South Sudan signed a momentous renewed agreement to work together towards lasting peace in South Sudan. On this day, we come together as the religious leaders of Africa to call for urgent action from the leaders of South Sudan’s neighboring governments to ensure there is significant progress in the implementation of the peace agreement ahead of the end of the pre-transition period on November 12.

We welcome the reduction in violence since the signing of the peace agreement. However, we are deeply concerned by the rising humanitarian crisis that has resulted in thousands of deaths, and that continues to leave millions of men, women and children in South Sudan desperate for food and shelter. We are further troubled by the increasing criminal acts, human rights violations and political intolerance in several locations in South Sudan. Incidents of violence against civilians, including abhorrent sexual violence, have continued to plague parts of the country even after the signing of the revitalized peace agreement last year. This must end.

As faith leaders, we cherish the sanctity of life and the protection of human dignity. We believe that the humanitarian crisis in South Sudan can only be resolved if South Sudanese leaders embrace true peace and love for their people and nation. South Sudanese leaders have a moral obligation to their citizens to end the violence and ensure continued progress towards peace, stability and justice. The necessary step towards lasting peace and stability in South Sudan is the full and timely implementation of the 2018 peace agreement. As the 12 November deadline set by the signatories draws closer, we are concerned by the continued delays in implementation. The failure to implement the agreement risks the country collapsing back into war and destruction, and exacerbates the misery and hopelessness of the millions of South Sudanese forced to flee their homes because of war, including the almost 3 million refugees living in neighboring countries.

The people of South Sudan want light out of this darkness; they want hope and a rebirth of their nation. To deliver this hope for their people, the leadership must rise above tribe and politics, above pride and prejudice, above the evil of alienation. Faith leaders from the African region are asking President Salva Kiir, Dr. Riek Machar and other South Sudanese leaders to deliver on their promises by November 12, to lead the people of South Sudan to re-discover the soul of the nation and breathe love and peace into it. They must embrace the virtue of sacrifice for the sake of the people and for the sake of posterity. This is the aspiration of millions of South Sudanese people whose voices are drowned in the din of war and guns.

We observe with deep appreciation the efforts by regional actors to resolve the conflict, and their generosity in welcoming refugees and bearing much of the humanitarian burden. We recognize the role of the African Union High-Level Ad-hoc Committee (C5), the Intergovernmental Authority on Development (IGAD) and Kenya in promoting dialogue among the parties to the agreement. Ahead of the November 12 deadline, we call upon our regional leaders to ensure implementation of the agreement.

The regional leaders, as South Sudan’s good neighbors, must now speak the truth to the leaders of South Sudan, on behalf of the millions of voiceless South Sudanese men, women and children who bear the brunt of the conflict. It is our conviction that these regional leaders have the power to influence lasting peace in South Sudan. It is imperative that faith is restored in the peace process and the South Sudanese people regain confidence in the future of their country.

We the religious leaders of Africa, by the grace of the Almighty God and driven by the teachings of love and peace, and the African principle of Ubuntu which calls on every person to be one another’s keeper, stand in solidarity with our brothers and sisters, the people of South Sudan on this historic day – as we prayerfully look forward to a peaceful, united and just South Sudan that is founded on the values of peace and love for one another.

We once again call upon the leader of every country in the region to come together, in line with the spirit of Pan-Africanism and in accordance with the African Union’s principle on promoting greater unity and solidarity between African countries and the peoples of Africa, to honestly and zealously support efforts that will help build a peaceful South Sudan.