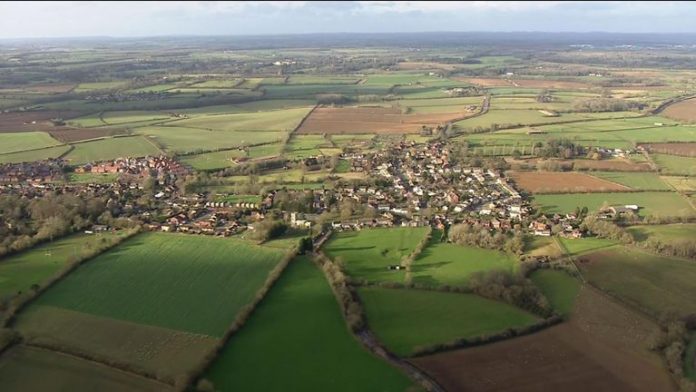 A murder story, widely reported last week in the Press, would not normally have attracted any comment from this blog.  But the recent conviction of Benjamin Field for the murder of Peter Farquhar does have considerable relevance to our concerns.  The victim was said to have been befriended and drawn into a homosexual liaison within the setting of a small church congregation at Stowe.  The dynamic, which the murderer used to draw Farquhar into a sexual relationship with him, was described as a kind of grooming.  Field allegedly used similar grooming techniques not only with the other individuals he wanted to exploit (of whom there were several), but with the entire congregation.  This village congregation was said to be completely in thrall to Field’s influence.  The trust and the power that he exerted allowed him to take a leading role in the congregation as a parish secretary and there were even moves afoot to put him forward for ordination.

The careful reporting of the story by the Times newspaper mentions that, following the murder conviction, the Diocese of Oxford is to hold an inquiry into the way that the grooming of the congregation by Field took place.  The notion of grooming is widely used as a shorthand for indicating the way that certain individuals prepare their victims for acts of abuse.  The word contains notions of influence and control not dissimilar to the old idea of brain-washing.  Here grooming refers to the influence exerted by Field that caught up not just victims but many others. This idea that a single individual can manipulate groups is far from being a novel idea to students of the so-called cults.  It has been recognised for over a century that when people gather together in groups or in a crowd, they become aware of themselves in a different way from when they are alone.  We speak about the different atmospheres created by the presence or absence of other people.  At the end of the 19th century a number of writers interested in the behaviour of crowds came up with the notion of ‘contagion’.  This is the notion that an idea held initially by a few members of a group can spread very quickly to become the dominant way of thinking by the whole.  It only needs the conviction of a leader with a powerful gift of rhetoric to infect an entire crowd into thinking in a particular way.  Theories of crowd behaviour may not seem particularly relevant to the situation in Stowe.  What is relevant is the idea that any group can quickly normalise a single thought among its members. We have all felt the pressure of a group to think a particular way.  It might be in a football crowd or in a charismatic gathering.  In this situation it is very hard not to sing along or cheer in the same way as everyone else.  Field somehow understood these dynamics and manipulated them to his benefit.  That is perhaps also the secret of Trump rallies as well as dictatorships everywhere.

The capacity of groups to become one in their thinking and feeling is one part of the way that congregational dynamics worked initially in Field’s favour.   The group consensus was that he was to be trusted and also was thoroughly reliable.  The other part of the dynamic of the congregation were the actual methods available to Field to sustain this common belief.  There were various motivations that were in operation in Field’s plan but they are perhaps the least interesting part of the story.  What is important is the way that the congregation were so mesmerised by him that no one was able to see that something was not quite right in his close association with Farquhar.  Field was not, of course, an official leader of the group but in many respects he seems to have been able to act in this capacity.  From his upbringing as the offspring of a Baptist minister he had considerable knowledge of the Bible and this was superior to anyone else in the congregation.   A facility to quote scripture easily gave him power and influence in a congregation where reverence for scripture was highly esteemed.  The theological conservatism of this particular congregation meant that there was little appetite to question any decisive use of bible quotes to further an authoritarian agenda.  My article in Letters to a Broken Church, explores the variety of bible passages that can be and are used to boost the leadership credentials of an official (or in this case unofficial) leader.   In short, the fundamentalism of Field’s church facilitated the kind of exploiting of human weakness that ended, in this case, in an episode of desperate tragedy.  Youth, charm and the skilful use of bible texts seemed to been able to perform the task of group manipulation over a considerable period of time.

The grooming of the congregation to which Peter Farquhar belonged was, as far as we can see, deliberate and planned by Benjamin Field.  That he was able to go as far as he did in abusing the trust of good and intelligent people ought to alarm the leaders of all our churches.  The story at one level is extraordinary and exceptional.  At another level it reflects a reality on the ground in many churches where people are inveigled into trusting leaders who may not be worthy of such trust.  The dynamics of power in this particular congregation were probably not so different from the way that many congregations operate up and down the country.  Narcissistic leaders, whose motives for being in charge involve their own emotional, financial and sexual gratification, are still found in our congregations.  Whether the system is able to spot such people before they are let loose on vulnerable trusting congregations remains to be seen.  The Church historically has been extremely reluctant to let go priests (and bishops) whose behaviour has shown that they are a danger to potential parishioners.  Is it the acute shortage of clergy within the church part of the reason that dangerous individuals are still found within the system because those in charge are unwilling to spot the dangers?

The story of Benjamin Field has many aspects.  There was among those involved with him a mentoring priest who had spotted the fact that he was showing severe psychopathic tendencies, including a total lack of empathy or feeling for others.  This encounter was voluntary on Field’s part and we are left to wonder whether, apart from this, the selection process would have penetrated through the personal charm that he had used to endear himself to his home congregation and his abuse victims.  Are all ordinands required to examine the part of themselves that relates to personal power and its management?  Recently we have seen, at the highest levels of the church hierarchy, some extraordinary examples of empathy failure.  If the church is indeed becoming more focused on efficiency and structure, will it also be more likely to miss out on such pastoral issues and the preservation of integrity among the clergy?  Field, having learnt the ropes of how to do ‘church-speak’ got dangerously close to beginning the path to ordination.  One is forced to ask the uncomfortable question.  How many other malignant narcissists have got through the system and are even now preparing, if not to murder people, at least to harm them in the cause of satisfying narcissistic hunger and their drug-like craving for importance and esteem?Facebook

Martyn Percy: The Ministry of Truth and Safeguarding in the Church of England (A ‘Lessons Learned Review’ from 1984)