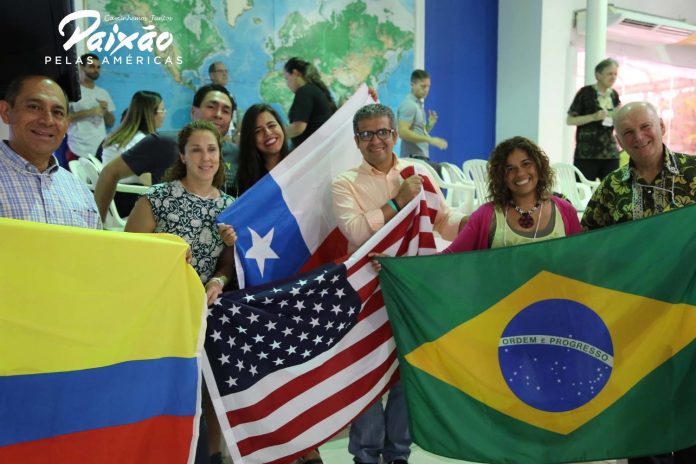 I post this with sadness.  My church supports ministry to Hispanics, and our beloved bilingual Rector is remarkably active in that.  As part of his ministry, working with ¡Caminemos Juntos!  (CJuntos) has been a possibility and may still be; it’s up to him (although because of the following I have advised him to work with other groups instead).  I had thought that perhaps CJuntos had backed away from its previous political activism for the sake of ministry and unity.  So I find their Litany Of Lament And Repentance For Our Treatment Of Immigrants And Refugees disappointing to say the least.

First, there is this introduction on the CJuntos site:

Oh please.  First, immigrants who have entered legally have nothing to worry about as long as they continue to obey the law. That’s the way it is for citizens, too, by the way.  Second, even illegal immigrants who have not skipped their court dates, have otherwise not committed crimes, and don’t have deportation orders on them have not much to worry about either.  There are 11 million or more illegals in this country.  Only a small fraction of those have deportation orders or are being deported.  The authorities are prioritizing who to deport because they have no choice with that many illegals here.

Besides that, being removed from a country you entered illegally is hardly terror.  If I entered the UK illegally or stayed longer than permitted and were then removed, I would look rather silly if I cried out, “Help! Help! I’m being terrorized!” If you really want to be “terrorized,” live in an area where the MS-13 gang of mostly illegals operates.

I will concede that we should watch our rhetoric especially in the current climate.  I hope CJuntos is also concerned about some of the rhetoric against those who oppose open borders.

Finally, to equate enforcing immigration law and restricting who may enter and stay in this country with persecution is slanderous.  Skipping a bit into the litany itself:

I don’t know Hebrew, but “immigrant” seems a sloppy translation for political purposes to me.

Speak for yourself!  My Granddad was a legal immigrant.  He worked himself to early grave, a few years before I was born, to provide well for his family.  My family still benefits, and I am here because of him.  I sure have not forgotten him or his hardships.

So much to dissect there.  First, when one breaks the law, the lawbreaker is often separated from his family.  That goes for citizens, too.

Second, as I have noted, there is rampant child trafficking along the border.  There have been several surges of migrants.  Dealing with the numbers and figuring out who are real families and who are fake families (of which there are many) and dealing with them accordingly is not an easy task at all.  There is not much question that the surges and caravans with accompanying child smuggling were designed to overwhelm the border.  So then to whinge when we struggle imperfectly to deal with that situation humanely is . . . well, I will allow readers to choose the adjectives of their choice.

Now, of course, the simplest way to keep illegals and their families together is quickly to deport them together or, better, to not allow them in at all.  But I doubt ¡Caminemos Juntos! would like that.  Instead, they likely want to let most to all of these families right on in together.  And then, after an eventual amnesty of some sort (which I would guess – just guess – CJuntos also likely wants), by chain migration, here come the extended families!  So really their whinging about “families” is advocating for open borders and mass immigration, or close to it.

Further, making too much of a priority to keep families together is encouraging and enabling the child trafficking at the border.  By the way, notice how the serious problem of child trafficking is not mentioned in this litany?

“Limiting opportunities for work…” So we should displace citizen labor with illegal immigrant labor?  Ask construction workers who have seen their wages depressed by cheap illegal labor what they think of that!  Where is the concern for those whose opportunities and wages are suppressed by cheap immigrant labor?  This lack of concern for citizens sounds more like the Democrat Party than the church.

That is another problem with this litany. It is not only out of balance; it pretends valid competing claims have no legitimacy worth mentioning.  “Limiting . . . education opportunities…” How?  Thanks to an old Supreme Court ruling, public schools have to educate the children of illegals (which is overwhelming some school districts and harming the education of citizens).  Most universities welcome illegals and many even provide financial aid.  Many illegals get a far better education here than they would hope to get in their home countries.    Skipping a bit…

Well, MS-13 and other criminals streaming across the border are a threat to say the least.

That is a straw man.  To want controls on immigration and a secure border is hardly “protectionist nationalism.”  And what is that anyway?  If I love my country and want to protect it and its culture, does that make me a “protectionist nationalist”?  Instead of engaging with different views of what is appropriate immigration policy, CJuntos engages in buzzwords in a prayer no less. Maybe they should submit that “to the authority of your word.”

By the way, whatever “protectionist nationalists” are, I don’t think there are many of them at ¡Caminemos Juntos! meetings.  I thought confessing other people’s sins was an Episcopalian thing.

That’s backward, isn’t it?  It’s immigrants (and now I include legal immigrants) who should change and become American if they are going to move to America. (Yes, different cultures enrich America.) If I were to move to England, even I would not insist it become Texan.  (Well, I have introduced Tabasco Sauce on eggs to Pusey House, but anyway….)  I would instead become at least English enough to participate well in that culture.  And if someone is going to become Anglican, Anglican churches shouldn’t change their “ways of worship” for him/her.  We should not starting dunking people and stop baptizing babies if a Baptist joins us.  We shouldn’t cavort during our processions if a Pentecostal joins us.  “Our ways of worship” are an integral part of being Anglican.

But maybe I am misunderstanding here. How should we change, even give up “our ways of worship” for immigrants other than providing language assistance? This seems to me more of what we hear from the social justice crowd, that the church should change to be more to their liking.  But that is a whole ‘nother post, and maybe I am hearing this wrong anyway. Am I?  It is a perplexing clause at best.At least the litany ends well:

A Collect for Refugees and Immigrants

That collect was written by Archbishop Foley Beach and serves as a godly example of making public prayer something in which all faithful Anglicans can participate.  Unlike most of the litany, I can pray that collect along with ¡Caminemos Juntos!.  Public prayer certainly should not smear and divide the faithful church along political lines.