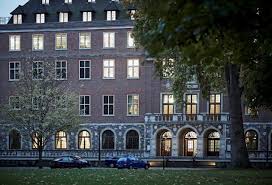 At the conclusion of a very well-written piece about the Matt Ineson affair , Martin Sewell asks a pertinent question.  Who is in charge of the Church of England?  Who, to be more precise, issues press statements through a spokesman at very short notice offering to explain the terms of the review about Matt’s case?  I have a personal interest in this press release as I decided to put Matt’s statement (with his permission) on my blog early on Wednesday morning.  This did seem to help circulation and provoked supportive comment on Thinking Anglicans and elsewhere.  The Church Times on-line on Wednesday quoted a ‘spokesman for the NST’ as saying ‘The Church is committed to an independent lesson-learning review into its handling of the Trevor Devamanikkam case, and the terms of reference and reviewer are soon to be announced……’  This statement to the Church Times, incorporated into Hattie Williams’ article, appeared within 12 hours (including hours of darkness) of the press statement from Matt.  At one level the statement is a typical piece of press-release speak; at another it contains a statement of policy which belongs to and affects the Church at the highest level.  Both Archbishops of our Church had become openly involved in the Ineson case through the IICSA probe and it would seem that every official statement on the topic has the potential to help or possibly harm the interests of the Archbishops themselves.  We can say that the person who made the decision to issue the outwardly anodyne statement was a person of great influence within the structure.  You do not give the task of issuing press statements to a junior member of staff when major policy is being spelt out and indirectly the reputations of both Archbishops are at stake.

Martin, in his article, helpfully lists all the potential candidates for making this official statement about how the review (and presumably all similar reviews in future) is to be conducted.  Was it the Archbishops, the House of Bishops, the Archbishop’s Council, the National Safeguarding Team, the National Safeguarding Director, the incoming National Safeguarding Director, the Lead Safeguarding Bishop, the Secretary General of the Archbishops’ Council and General Secretary of General Synod?  In surveying this impressive list of potential candidates, it is not unreasonable to exclude all the official groupings as there was simply not enough time for them to have gathered to discuss how best to respond to Matt’s press release.  Matt made his journey to Church house on Tuesday, hoping to see Roger Singlelton to discuss the way he had been faced with an effective ultimatum requiring him to agree to the terms of his review.  Matt was given till Wednesday 31 July to acquiesce in the terms of the review which had been laid out by Church House officials and the Safeguarding Team.  He issued his Press release on Tuesday evening and I published it on my blog the following morning.  Hattie Williams on the Church Times was given the Church’s response the same day.  The ability to respond with such alacrity had surely to be the work of a single person working alone or with a very small consultative group.  He/She had to be important enough to have been entrusted with the oversight over the whole process.  The press release was effectively made on behalf of all the stakeholders mentioned above.  The one person that probably did not have any hand in making the statement is the incoming National Safeguarding director, Melissa Carslake.  As a new broom in the process of Safeguarding, many people are welcoming her considerable experience and fresh eye.  They hope this will make a difference to the way safeguarding decisions are made right across the board.  The one thing that will, in all probability, put her on the back foot is this early discovery that there exist in the Church of England people or groups who, with a minimum amount of consultation, can take authority to make or reiterate policy on behalf of the whole.  I understand that she was in Church House on Tuesday when Matt was trying to speak to someone over the conditions being laid down for his review.  What does she think about an individual/small group deciding off their own bat that Matt’s issues could be brushed to one side?

Matt’s complaints about the process of review of past cases cannot be brushed to one side.  Neither can the power to decide on possible changes to the way reviews are conducted be devolved to mysterious unnamed individuals or groups operating in Church House.  It is commonly asserted that the Church of England is supposed to be ’episcopally led and synodically governed’. …. however is this true? Given that the  collegiate bodies cannot react swiftly this leads us to the key question. Where does the effective  day to day power lie, and are we sure this is a safe repository,  given recent events?    We are forced to conclude that the powers that rapidly make important decisions in Church House are neither the bishops nor elected members of Synod.  The decision to ignore Matt’s protest required a statement of church policy which is far more than a point of minor administration.  We need, in other words, to ask this question of the Church of England.  Are you sure that your Church is being governed and managed in the best possible way when decisions about such things as review processes are being made in dark corners beyond proper scrutiny?  Are you happy that the reputations of the nominal heads of the Church, the Archbishops and Bishops, are being sometimes damaged by the decisions of unelected advisors and officials secreted in Church House?  The two decisions we know about this week, the refusal to speak to Matt on Tuesday and the issuing of a press release attempting to override his earlier press release, were both wrong.  The consequences of both decisions could yet be fateful for the reputation for the Church.   If these errors are eventually acknowledged, as they may well be soon, who will be held responsible?   Will the Archbishop of Canterbury show true leadership in offering an apology to Matt both for past failures and the shambles of this week?  What is stopping him now?  Is it the same apparent influence that prevented him turning around in his seat at IICSA and speaking personally to Matt?  The question out of all these events is the one we began with.  Who has the real power in the Church of England?