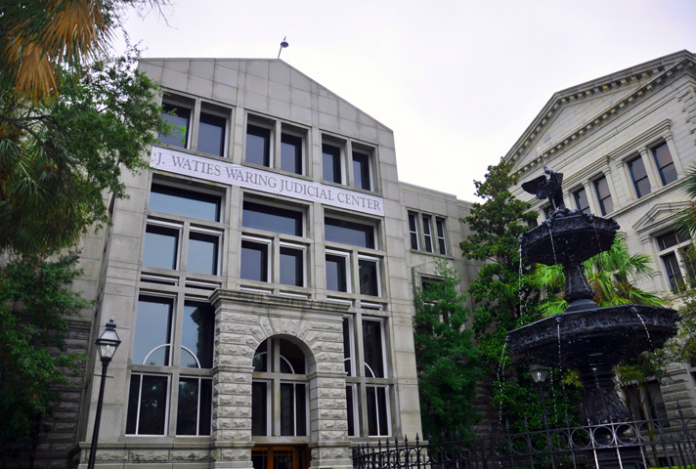 Late yesterday, on Thursday, July 18, 2019, The Episcopal Church in South Carolina (TECSC) filed multiple motions with the U.S. District Court in Charleston asking the federal court to dismiss motions and counterclaims filed by the Church Insurance Company of Vermont (CIC-VT). In the initial filing on June 11, 2019, TECSC argued that CIC-VT acted in bad faith and secretly funded TECSC’s disaffiliated adversaries in litigation against TECSC.

CIC-VT’s motion for declaratory judgment, filed three days later on June 14, 2019, was “attempting to justify the decision it already made to fund TECSC’s disaffiliated adversaries in litigation against TECSC,” according to the memorandum of law filed July 18 by TECSC. In addition to the motion for declaratory judgment, CIC-VT also filed a counterclaim and third-party complaint in the bad faith action, as well as motions for joinder and consolidation. (See previous blog post here.)

​The memorandum of law filed July 18, 2019, explains why CIC-VT’s declaratory claim, pled in both actions, should be dismissed on the pleadings as a matter of law and equity, and also why CIC-VT’s motions for consolidation and joinder should be denied as “moot and futile.”
​
According to TECSC’s memorandum, as early as 2013, CIC-VT received claims from the disaffiliated adversaries, and initially denied the coverage. In 2015, those adversaries sued CIC-VT for breach of contract and bad faith. In defending against that suit, TECSC notes in the July 18 filing, “CIC-VT took the correct position that ‘only affiliates of The Episcopal Church are eligible for coverage from CIC-VT.'”

But instead of seeking a declaratory judgment to uphold that position, “CIC-VT chose to avoid further litigation of the issues and quickly settle that action,” the memorandum says, and subsequently provided insurance coverage to the disaffiliated adversaries to fund their litigation against TECSC.

The memorandum notes that in its recent filings, CIC-VT makes no mention of these previous proceedings in federal court, and says the omission “intentionally misleads this Court,” which is one of multiple arguments to support the case for dismissal.  The filing further asserts that CIC-VT cannot now present the issue of coverage for the court to decide “as if it were an issue for which CIC-VT has taken no position.”

The filing also notes, as additional grounds to support the dismissal, that CIC-VT is not authorized or licensed to transact business or sell insurance in South Carolina, as is required by state law. As a result, the company “should not have filed and cannot maintain any action” in the state.

After laying out the many reasons supporting dismissal, the filing notes that CIC-VT’s motions for consolidation and joinder should be denied as “moot and futile.”  In addition, it notes that the denial is appropriate because “the addition of numerous parties to the bad faith action initiated by TECSC against CIC-VT is unnecessary and would unduly complicate and prolong that case and burden and prejudice TECSC.”