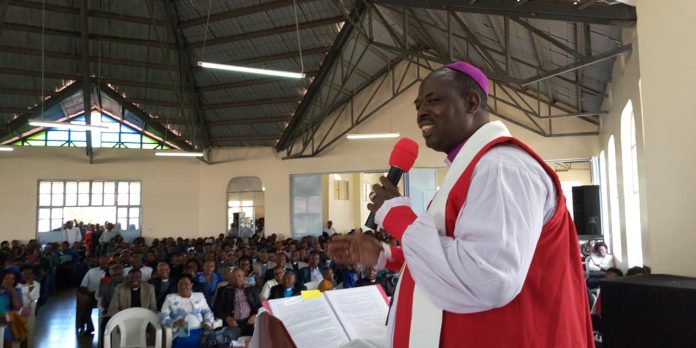 The Primate of the Anglican Church of Kenya has applauded the ruling by the country’s high court which upheld the constitutionality of the East African nation’s sodomy laws.

In a ruling handed down on 24 May 2019 a three judge panel declined to strike down Sections 162 and 165 of the penal code, which makes it felony to have  “carnal knowledge of any person against the order of nature.” The colonial era law defines homosexual acts “gross indecency”, punishable by imprisonment for up to 14 years.

“We are not even persuaded by foreign doctrines which legalised homosexuality,” ruled Judges Roseline Aburuli, Chacha Mwita and John Mativo.

“Our laws must reflect the aspirations and values we hold as a nation, there is no scientific proof that homosexuals were born that way to persuade us to legalise their unions,” they ruled.

Gay activists have expressed disappointment with the ruling and have vowed to take the case to the Court of Appeals.

Writing on Facebook, the Most Rev. Jackson Ole Sapit, the Anglican Archbishop of Kenya stated: I wish to commend the Kenyan High Court for declaring same- sex unions unconstitutional, a crime and a violation of the law in Kenya; Justice Roselyn Aburili further stated that the family is the basic unit of the society… This has always been the position of the CHURCH. However the Christian family loves and welcomes people of all walks and shades of life but remain steadfast to her calling, an orthodox faith and mission.”

“Even the Constitution is very clear on what marriage should be and it is against Christian, Biblical and African cultural principles for two people to engage in homosexual unions,” Archbishop Ole Sapit told reporters.