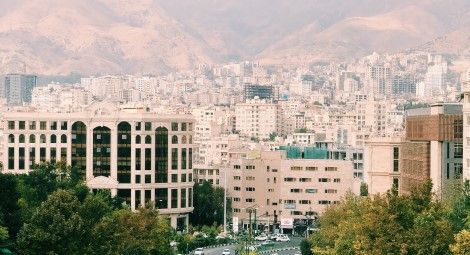 An Iranian court has upheld a verdict issued against Iranian Christians Saheb Fadaie and Fatemeh Bakhteri, four months after their final appeal hearing on 15 January in Tehran.

Mr Fadaie and Ms Bakhteri were sentenced to  18 and 12 months in prison respectively on 22 September 2018. Mr Fadaie also received an additional two years in internal exile in Nehbandan, a remote area close to the border with Afghanistan. Both were found guilty of “spreading propaganda against the regime.” Local sources reported that the verdict confirming the sentences claimed that discussions of Christian doctrine held in house churches were considered attacks on Islam.

During their final appeal hearing in January, Mr Fadaie and Ms Bakhteri were asked by presiding judges Hassan Babaee and Ahmad Zargar to renounce their faith, but had refused to do so. They were subsequently told to expect a verdict within the next few days. On Saturday 18 May they were both notified that their sentences had been upheld.

Saheb Fadaie is already serving a 10 year sentence in Tehran’s Evin prison, following his arrest along with fellow members of the Church of Iran denomination, Pastor Yousef Nadarkhani, Mr Mohammadreza Omidi and Mr Yasser Mossayebzadeh on 13 May 2016, during a series of raids by security agents on Christian homes in the city of Rasht.  In July 2017, all four received 10 year sentences ‘for acting against national security’ by ‘promoting Zionist Christianity.’ Their sentences were upheld in May 2018, again by judges Hassan Babaee and Ahmad Zargar.

For over a year prior to her sentencing, Fatemeh Bakhteri, 37, had been subjected to harassment by security agents and was summoned for interrogation on at least one occasion. On 25 May 2017, several people were arrested during a police raid on her home.

CSW’s Chief Executive Mervyn Thomas said: “These sentences constitute a grave violation of Iran’s constitutional and international legal obligations, and are illustrative of the heightened campaign of repression that has seen Christians receiving excessive charges and sentences merely for manifesting their religion in private and in community with others. Many more are being punished for adopting a religion of their choice, which is protected under Article 18 of the International Covenant on Civil and Political Rights, to which Iran is party. Moreover, the effective designation of Christian doctrine as an attack on Islam amounts to the criminalisation of the Christian faith. CSW urges the Iranian authorities to ensure the immediate and unconditional release of Saheb Fadaie, Fatemeh Bakhteri, and all who have been arrested or imprisoned unjustly, and to end the harassment of peaceable religious communities.”