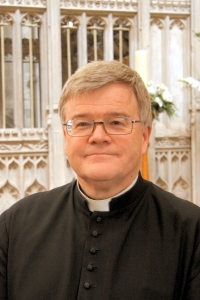 The Very Revd Jeffrey John will be speaking on the theme of God, the Bible and LGBT+ people in church at a special event organised at St Thomas’s Salisbury.

The evening on 17 May will see the Dean of St Albans address the subject of ‘Welcome and Homecoming’.

Billed as an evening for the puzzled, the angry, the ally, the questioning and the faithful – LGBT+ or not – the evening will also include a time for questions and discussions.

The event is a joint venture between St Thomas’s and LGBT+ Christians in Southamption and Around.

Jeffrey John has served as the Dean of St Albans since 2004. He made headlines in 2003 when he was the first person to have openly been in a same-sex relationship to be nominated as a Church of England bishop. Owing to the consequent controversy, it was claimed he had withdrawn his acceptance of the nomination.

Race And Race Equality: Being Anglican While White