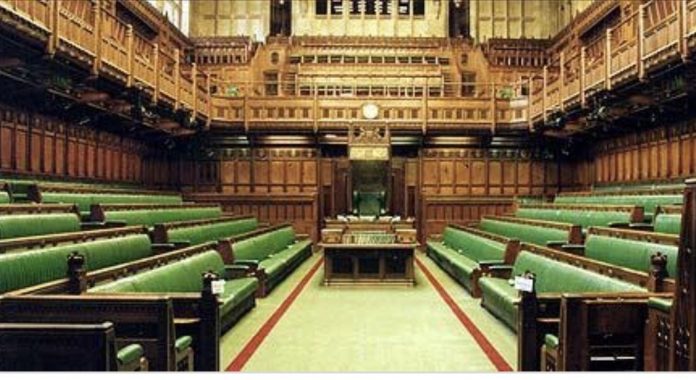 “A future generation that are going to have grown immune to the problems associated with the sexualisation of children and young people, and therefore normalised it. In my opinion this will result in the greater prevalence of the issues that are linked to this; teen pregnancy, psychological problems, STI’s and low self worth.”

“Girls have a sophisticated ability to criticize and deconstruct ‘sexualised’ images, but – importantly – this sits alongside very painful accounts of how bad such images make them feel, and the kinds of pressures they feel subject to.”

This recent NSPCC research paper notes the increasing pornification of culture and the necessity of finding age–appropriate sex education.

The position of this paper is that the imposition of homosexual norms and the normalisation of gender dysphoria on children aged between 4 and 9 constitutes both an abrogation of adult responsibility and verges on child abuse and fails the test of ‘age appropriate education.’

1a The benefits of sex education even under the present arrangements, appear to be without evidential foundation; recently research asserts they may in fact already be doing “more harm than good”.

“There is very little evidence of real effectiveness (sustained effects for the intended population) on any sexual health outcome (pregnancy, STDs, condom use, etc.), and the evidence of success at CSE’s purported dual benefit of increasing both abstinence (i.e., delayed sexual initiation) and condom use in adolescent populations is virtually non-existent…

‘This overall pattern of findings is similar to the one found for CSE in U.S. schools. The studies cited by UNESCO – both in U.S. and non-U.S. settings – do not support its claim that “the evidence base for the effectiveness of school-based [CSE] continues to grow and strengthen” nor does the research support UNESCO’s assertion that CSE “does not increase sexual activity, sexual risk-taking behaviour or STI/HIV infection rates.” The UNESCO database demonstrates that CSE in schools has not been an effective public health strategy and in non-U.S. settings it may be doing more harm than good.’

There is agreement across the board that mental distress amongst our children has increased exponentially in recent years, resulting in serious eating disorders and self–harm.

As the tide of progressive activism has moved from gay to trans, so the numbers affected and influenced have grown.

The Tavistock Clinic for gender reassignment has been overwhelmed with the increase in children presenting with symptoms of gender distressed fluidity. The quiescent rate within the population which remained at 0.07% has in the last 9 years increased by a factor of 4,415 (from 40 in 2009/10 to 1806 in 2017/18).

The American Psychological Association asserts that

“Research evidence shows that the sexualization of girls negatively affects girls and young women across a variety of health domains.” They chart three main areas of damage and distress:

“1 Cognitive and Emotional Consequences: Sexualization and objectification undermine a person’s confidence in and comfort with her own body, leading to emotional and self-image problems, such as shame and anxiety.

2 Mental and Physical Health: Research links sexualization with three of the most common mental health problems diagnosed in girls and women – eating disorders, low self-esteem, and depression or depressed mood.

3 Sexual Development: Research suggests that the sexualization of girls has negative consequences on girls’ ability to develop a healthy sexual self-image.”

Jewish, Christian and Islamic communities find the imposition of sexual mores that are inimical to their core beliefs upon their children unacceptable as a matter of conscience. Our society has until this moment, prided itself on the respect of individual and communal conscience.  Repudiation of this ancient civil value would mark a serious degeneration in the standards of cultural tolerance and inclusion, and an unacceptable over-reach at the hands of the state.

Well–meaning people find their sympathies engaged when they are told that sex and relationship education for children is vital to contain and engage with homophobic bullying. The facts demonstrate this is a mistaken assertion used for political ends. In fact, attitudes to sexuality and gender identity or expression come bottom of the list at 4% and 3% respectively.

The primary reason people say they are bullied is attitudes to appearance (50%) followed by attitudes to interests or hobbies (40%).

The real bullying that is taking place is that of traditional religious communities at the hands of the current progressive sexualisedpolitical agenda.

The ambitions of this movement appear to render assurances meaningless. The House of Lords was assured by the Government minister of the day during the gay marriage debate that freedom of clerical conscience within the Church of England was inviolable. Twice in the last month serious attempts have been made in the Lords to remove it. They will clearly continue. They constitute a warning that there are no obvious brakes to the current progressive agenda of sexualised exploration and experimentation. Such experiments should not be carried out on our children.

5 Unintended Consequences and Freedom of Speech.

Two categories of commentator have had their views or activities suppressed and become casualties of the politicisation of sexuality in the public sphere.

Those who have either drawn attention to the increasingly tragic phenomenon of ‘gender regret’, such as James Caspian at Bath Spa university. Bath Spa University ‘blocks transgender research’ http://www.bbc.co.uk/news/uk-41384473

And those who have questioned the relationship between biology and mental disposition, such as for example Germaine Greer  https://www.telegraph.co.uk/education/2018/03/01/bristol-university-students-seek-ban-terf-speakers-question/

The unhappy combination of suppression of freedom of speech in the public arena linked with the associated refusal of the intended legislation to allow parents to withdraw their children from an over-sexualised age–inappropriate programme, introduces elements of coercion into our society that are unwelcome and threatening. They constitute a degradation of cultural and democratic discourse and an assault on freedom of conscience and religion.

No social change should be pursued at the cost of our children’s mental and physical health, and the diminution of private and religious conscience.

This untested, doctrinaire and disrespectful statutory instrument should be rejected as constituting a danger to both the psychological health of our children and the integrity of conscience and freedom of religion of our diverse community.