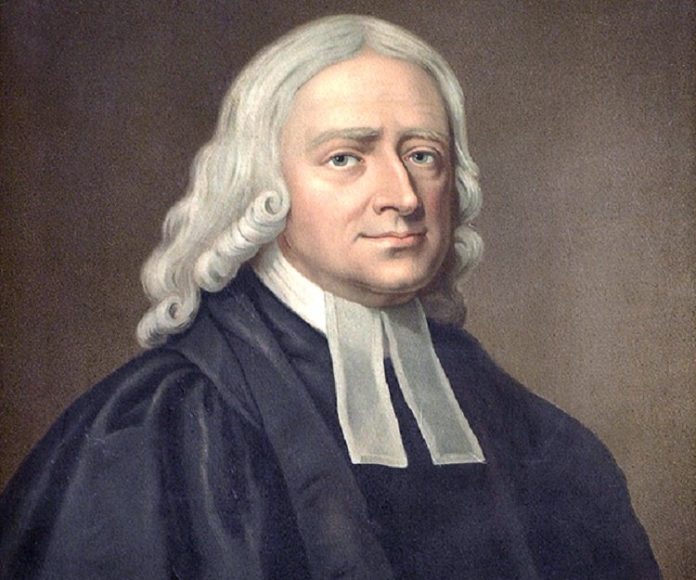 Over the next ten days (late February 2019), two important church synods will take place: one in Rome and one in St. Louis. Guess what they will be about: sex and church order! Not to be outdone, the Church of England General Synod is also meeting, with topics like “safeguarding,” transgender baptism, and “gay conversion therapy.”

In this post I shall address the “special General Conference” of United Methodists in St. Louis. Here is a brief preview of the agenda:

Last July, the Council of Bishops offered three possible plans for moving forward: the One Church Plan, the Connectional Conference Plan, and the Traditional Plan. The One Church Plan calls for removing language from the Book of Discipline that upholds traditional teaching on sexuality, and allowing individual churches and conferences to decide on the basis of conscience whether they will permit same-sex unions or homosexual bishops. The Connectional Conference Plan calls for completely reorganizing the regional conferences around shared beliefs rather than geography—in other words, creating traditionalist and progressive conferences and trying to hold them together. The Modified Traditional Plan calls for upholding the traditional teaching on sexuality and then offering an exit path for any local churches or conferences that disagree.

One might wonder why the Methodists are the last mainline church in North America to hold the line on biblical teaching on marriage and homosexuality. The reason is that, unlike the Anglican Communion, which granted autonomy to its missionary churches, the Methodists kept them together in one body – the General Conference. And the African churches have voted with conservatives in North America to uphold the Book of Discipline, which states that “the practice of homosexuality is incompatible with Christian teaching” (sound familiar – see Lambeth Resolution I.10, clause d).

The revisionists, who hold the money and influence in the North American Methodist bureaucracy, have employed the usual Alinskyite tactics of “civil disobedience” to challenge the norm by ordaining gay pastors and now a lesbian bishop. They are now calling for “good disagreement” under the One Church Plan, which would maintain formal unity while permitting radically different practices regarding marriage and ordination.

One proponent of the Modified Traditional Plan is Dr. William Abraham, a senior theologian from Southern Methodist University, who has written a paper titled; “In Defense of Mexit: Disagreement and Disunity in United Methodism.” Abraham proposes that the progressive minority be authorized to exit the Church (hence “Mexit”) with their property and to affiliate with another church or form their own “Progressive United Methodist Church” (Abraham suggests then renaming the majority body the “Evangelical United Methodist Church”).

What is interesting to me as an Anglican is how the Anglican experience figures into the theological discussion among conservative Methodists. Abraham devotes a major excursus on Anglican ethicist Oliver O’Donovan’s lectures in Church in Crisis: The Gay Controversy and the Anglican Communion. O’Donovan, who is also widely respected as a conservative theologian, thinks that the contemporary experience of gay identity is historically unprecedented and argues that any break in koinonia would be premature at best until both sides have listened carefully to one another.

O’Donovan gave the lectures from June 2006 to January 2007, just as the Windsor Report had appeared and before the Dar es Salaam Primates’ Communique, in other words, before the entire Windsor process collapsed, which led to the Global Anglican Future Conference in 2008 and the expulsion of traditionalists from the Episcopal Church and the formation of the Anglican Church in North America. O’Donovan warns: “Schisms may come, but woe to that church through whom they come!” Surely he knows that the Church of England rests its claim over against Rome on being in continuity with the true catholic and apostolic church. By the same token, the Gafcon churches, having stated their reasons for separation from those who have taught a false Gospel within the Communion, are claiming to be true heirs of the Anglican way.

Dr. Abraham thinks that Anglican ecclesiology can “muddle along” with divisions because “the Anglican Communion is not a conciliar ecclesial institution.” I think he is mistaking the formal “autonomy” of Anglican churches worldwide with the implicit unity of doctrine, discipline, and worship that has united them, as articulated in its Prayer Book, Articles, and Lambeth Quadrilateral. Of course, the current crisis has revealed the “ecclesial deficit” whereby the “Instruments of Unity” proved unwilling or unable to carry forward the teaching of Lambeth Resolution I.10. But this is not fundamentally different for the Methodist situation today, not surprisingly so, because the rejection of apostolic practice is coming from the same “progressive” factions in each church.

The issues are for me as substantial as the issues that came to the fore in the Nicene controversies in the fourth centuries (sic), in the division of the East and West in the eleventh century, in the debates about justification and grace in the sixteenth century, and in the rejection of divine revelation in the nineteenth century. However, all this is strictly irrelevant. Our judgments are fallible; I may well be completely wrong; but I think it is time for progressives to be given their own space to follow the will of God as determined by their own judgments rather than mine or by those represented in the decisions of the General Conference.

Abraham’s is a kind of counsel of Gamaliel (Acts 5:34-39): let them try out their ideas and see what happens. Or perhaps the counsel of Pope Francis: “Who am I to judge?” It is hard to think that Athanasius or Martin Luther or John Wesley would be so casual in saying to heretics: “Let’s agree to disagree!” Given the relative weight of the patristic, Reformation and Wesleyan position on Christian doctrine and practice and what I call “the lightness of being progressive,” I suspect what Dr. Abraham is really saying is: “Let’s get this albatross from around our neck so we can get on with spreading the Gospel.”

In terms of church polity, the situation of the Methodists and Anglicans is not that different. If the Methodists were to divide, the “Evangelicals” in North America would be allied with Evangelicals in the Global South in a united “Province,” just as the ACNA has joined the Gafcon/Global South Anglican alliance. Orthodox Anglicans will have forfeited their property and probably their historic roots in England, which is a loss to be sure (Methodists forfeited the same two centuries ago).

One wonders whether when the dust settles from the current church battles, there might be a genuine ecumenical koinonia, if not formal union, of Methodists and Anglicans – and, for that matter, Presbyterians and Lutherans, as a part of the one holy, catholic and apostolic church. By that time (who knows?) perhaps Roman Catholicism will have gone through the refiner’s fire and be looking quite different. Maybe, just maybe, as C.S. Lewis imagined, Aslan is on the move.