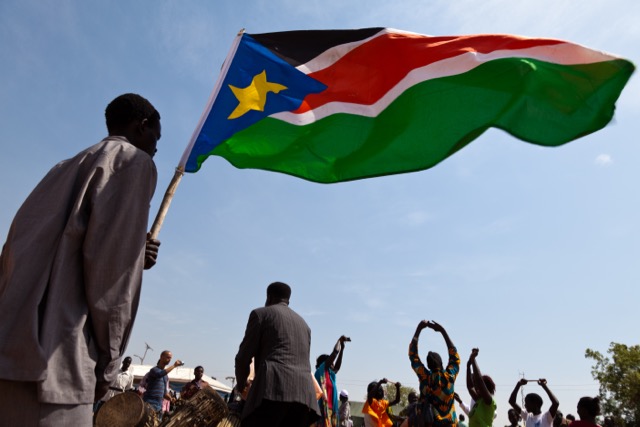 Vivian Poni, a 38-year-old mother of three, says she has lost trust in anyone in military uniform because to her, it signals hard luck.

“I am considering moving to a refugee camp in Uganda because we are still a long way to realise peace,” says Ms. Poni, who had hoped that the signing of a revitalised peace agreement in September last year would bring an end to war and usher in durable peace.

“I was so delighted when the peace agreement was signed thinking that the war was over, and that I would live a new lifestyle of hope without the gun – far from it!” says a disenchanted Ms. Poni.

Now living in Yei town, the former resident of Longamere area of Mugo County is one of the people who have, once again, been fleeing their villages for their dear lives amid a new surge in fighting in South Sudan’s Yei River area in the past few weeks. The sporadic fighting has been occurring between government forces and armed opposition fighters still active in the area.

The war has been a source of great distress to the residents. Ms. Poni, for example, recounts an ordeal that befell her firstborn daughter and three other women weeks ago, when three armed men arrested them in Mugo County, approximately 35 kilometres south of Yei town.

Armed to the teeth with AK-47 rifles, Poni continued her horrific tale, the unknown assailants took the four women to a nearby village of Ondukuri where fresh fighting had just taken place, threatening them with machetes and batons.

Their salvation arrived shortly thereafter when four other armed men emerged from the nearby woods, triggering an argument as to whether to set victims free or to murder them, a thing that worked in their favour, she added.

Now living in fear, Ms. Poni and other displaced people continue to endure a life of destitution.

“Life is not easy here in Yei town, though,” narrated Poni. “We live from hand to mouth as we entirely depend on the market whose products used to come from the villages that have now become dangerous thereby hiking prices beyond reasonable measure,” she said.

“As a result, we eat once a day, and in an event that we have no more food, I prepare only a local dish of porridge for me and my three siblings,” said Poni, adding that fighting was the only thing she had known and seen, and that she was yet to see the dividends that the latest peace accord had to offer.

A long route to peace

Crimes being inflicted upon them range from torching of houses, looting of chickens and goats to raping and burning of farm products. Villagers tell tales of men in military fatigues storming villages, beating, harassing and chopping civilians with machetes and axes.

According to the UN Refugee Agency’s recent report, the new wave of displacement, which started in mid-January, has sent at least 5,000 South Sudanese refugees into Ingbokol town of north-east Ituri province of the Democratic Republic of the Congo, with approximately 8,000 internally displaced persons within Yei alone.

Conversely, Yei River County’s Coordinator for Relief and Rehabilitation Commission, Nyalimo Joel Alfred, puts the current number of people displaced into Yei town at over 5,900 individuals from about 1,180 households. Most of them are women, children and the elderly, now sheltering under trees in the outskirts of the town with little or nothing to eat.

“The current level of displacement puts the implementation of the peace agreement in a very precarious situation, as it gives the fighting a new impetus which will only derail the entire peace process,” said Hilary Adeba, Bishop of the Episcopal Diocese of Yei.

“Any clashes between the forces simply aggravate the already dire security and relief situations, and puts lives of civilians in harm’s way,” Mr. Adeba said, adding, “Before I go to join our great ancestors, I want to see a peaceful dwelling place I can proudly call my home. I want to encourage my people not to lose hope because of the ongoing hardship. Our God is watching and one day, he will say enough is enough.”

He blamed a lack of inclusivity in the peace process for the ongoing insecurity in his area. “True peace means ensuring that every South Sudanese is made a key player in the overall process leading to its achievement,” he said.

“I want to appeal to all stakeholders involved to take a bolder and more consistent decision to bring pressure to bear on both the government and the other responsible stakeholders to convene a broad-based round of negotiations, so that all grievances are addressed at once,” Bishop Hilary Adeba said.

His counterpart Bishop Arkolano Ladu Tombe of the Catholic Diocese of Yei agrees.

“There are other actors who are not part and parcel of the present peace deal, and worse yet the speed at which the current peace agreement is being implemented is very slow: cantonment of forces has not started yet, roads leading to and out of Yei are largely closed, and relief aid is unable to reach those in need due to insecurity,” Bishop Arkolano said.

He cautioned all the country’s leaders against a repeat of the past mistakes where peace agreements would remain an amount of ink on a piece of paper without genuine efforts being made to implement it in letter and spirit.

“And as it is no easy task ahead,” he said, “I am making an appeal to the guarantors and friends of South Sudan to support the implementation process by giving advice on deviations, raising funds to aid the process, and observing and reporting on any breaches to the pact.”

A 40-year-old displaced woman residing in Yei town, Aya Roseline, has a strong message to the South Sudanese leaders:

“You either win our trust back today or you will lose it all. So, act now before time for elections comes. We are taking stock of every stride you take.”

The United Nations Mission in South Sudan, which has had a permanent presence in the area for over a year, is conducting regular patrols twice a day covering a 5-km radius, with at least a weekly patrol to remote counties to help build confidence and deter further escalation of violence in the affected areas.