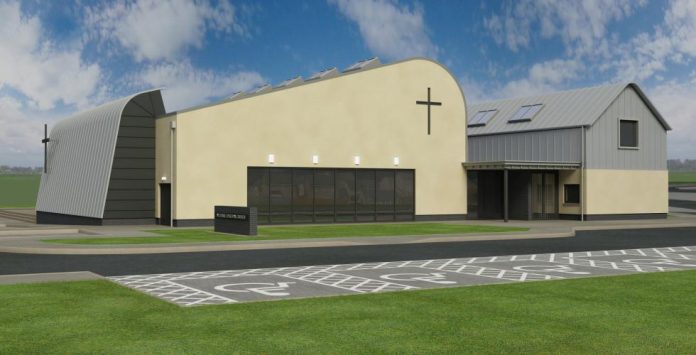 A congregation in the north-east Scottish coastal city of Aberdeen is preparing to leave the Scottish Episcopal Church. Members of Westhill Community Church voted last night (Thursday) by 83 per cent to 13 per cent to leave the Anglican Communion’s province in Scotland following what they say is the “continued liberal trajectory” of the Church.

Speaking to the Anglican Communion News Service, the Rector of Westhill, Canon Ian Ferguson, said: “We have been on a journey for many years – when I say ‘we’, I mean a group of evangelical Episcopal rectors – in talking to bishops about the trajectory the Scottish Episcopal Church has set itself on going. This culminated in a number of decisions that the SEC took which some of us found that we could not accept.

“Our church was not able to feel they could go on the trajectory that the SEC are going and they wanted to maintain their sense of biblical authority and their fellowship with the wider Anglican Communion which is being torn apart by decisions of some provinces.”

Responding to the decision, the Bishop of Aberdeen and Orkney, Anne Dyer, said: “the congregation of Westhill Community Church is a much loved and valued part of our diocese, and I am deeply saddened that they have indicated that they want to pursue potential separation from the Scottish Episcopal Church.

“I will continue to work with Westhill as we begin discussions to enable this potential separation, and will continue to pray for the Rector, Vestry and congregation members in the weeks and months ahead.”

The Primus of Scotland, Bishop Mark Strange, said: “I have been informed that Westhill Community Church, Aberdeen has voted to prepare to leave the Scottish Episcopal Church, and therefore the Anglican Communion. I have received that news with great sadness and will pray that, painful though this process will be for the Church and for the local Diocese and wider community, we will all remember that we are all striving to serve as disciples of Christ.

“Being a member of the Anglican Communion is important to the Scottish Episcopal Church and we are working hard to strengthen our role in it. Our bishops are preparing to attend the Lambeth Conference in 2020 and have begun inviting bishops from around the Communion to join us in Scotland for pre-conference hospitality.

“We will continue to pray for unity and understanding as we strive to further the mission of God to our nation and around the world.”

Canon Ferguson said that the leadership team at Westhill “are going to take our time to think about what lies next; but what we are strong on is that we will remain Anglican.

“We have received some amazing support throughout the Anglican Communion, in particular the Archbishops of Nigeria, Uganda, and Sydney who have been very supportive and welcoming to us. . . For all of us involved this has been a very painful time and a very difficult decision to make but we have been put in that position by the decisions of the SEC.”