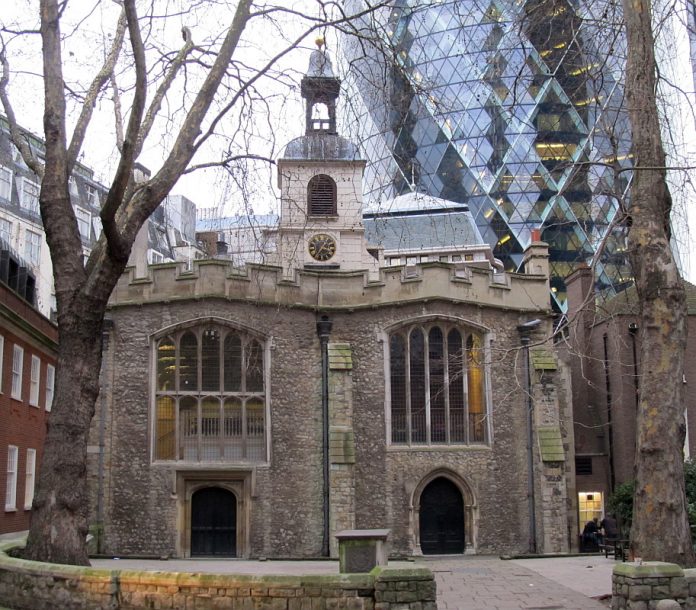 Editor’s note: Anglican Ink held publication of this article by Dr Gomes and contacted St Helen’s asking if they wished to comment or offer their perspective. The parish did not respond to our offer.

England’s leading conservative evangelical church has repeatedly rebuffed pleas from a pro-life organisation, claiming to have “suffice [sic] in-house resource,” even though it is unable to provide evidence of a single sermon on abortion in its online Media Library.

The Parish of St Helen’s in Bishopsgate, London, is reportedly the biggest, richest, and best known conservative evangelical congregation in the Church of England. According to the Charity Commission, its income for 2017 was £4.1 million.

It has a staff team of eight led by its Rector, the Reverend William Taylor, plus an associate rector, four curates and an assistant curate. As a conservative evangelical church, it does not ordain women or accept the ministry of female clergy.

From July to December 2018, Brephos, a leading evangelical pro-life organisation approached St Helen’s leadership pleading with Taylor and his team to address the issue of abortion in their preaching, teaching and training.

A string of emails between St Helen’s and Dave Brennan, Executive Director of Brephos, obtained by Rebel Priest, reveals a stubborn reluctance on the part of Taylor and his clergy to address abortion from the pulpit, send clergy for training or invite qualified personnel to equip the church on pro-life issues.

On 19 July 2018, Brennan wrote to the leadership of St Helen’s detailing the cruel and catastrophic destruction wrought by the abortion industry. “800 babies are intentionally killed every working day in the UK through a variety of procedures (poisoning, crushing, dismembering, decapitating),” and “many abortions are performed inside Christian women,” he wrote.

The email invited the Rector or “staff member, youth worker, women’s worker” to attend Breaking the Silence—a training day on 16 October in London. Brennan also offered to meet Taylor and his team to talk further. There was no response from St Helen’s Church.

Two months later, on 7 September, Brephos repeated the invitation and pleaded for “an hour” with St Helen’s leadership to demonstrate “the reality of abortion in the UK today, the biblical mandate for us to act, and a tried and tested strategy that makes a difference and saves lives.”

Brennan responded the same day offering to personally visit St Helen’s, stressing he would do it at any time convenient. Again, St Helen’s did not respond.

On November 28, Brennan emailed four questions “to William Taylor for him to prayerfully consider.” He asked if Taylor was aware that “since my below offer to come and help with information and materials—for free and at his convenience” some 18,000 babies have been “violently killed in the womb in our nation, and the Church has remained largely silent about this?”

Brennan queried if there was help for the post-abortive women at St Helen’s asking Taylor “what he will say to Christ when asked what he did for these most vulnerable and helpless of people?”

A month later, on December 20, Davison responded saying that St Helen’s had “suffice [sic] in-house resource and pastoral support for this important issue.” However, Davison did not point to a single resource offered by the church on pro-life issues.

Brennan emailed back within half an hour: “I am astonished at the claim that what you are doing already is sufficient in the face of the genocide we’re living alongside.” He mentioned that when he typed “abortion” in St Helen’s sermon library the result was: “Sorry. Your search returned no results. The most I could find was a short mention in a blog in 2012 and it seems there might have been a talk in 1992—but I couldn’t actually access it,” he noted.

“In fact do you know what comes up first on Google when you type ‘St Helen’s Bishopsgate abortion’? Three clinics near St Helen’s where you can have your baby killed, funded by the tax-payer. Nothing to hep you or advise you to keep your baby. No Christian pro-life teaching or facts about embryology/abortion,” Brennan observed, adding that “over the 12 days of Christmas some 6,000 babies” would be aborted in Britain.

Rector William Taylor did not respond personally to a single email from Brephos.

A Rebel Priest investigation has revealed the veracity of Brennan’s claims, apart from a single journal article on “Abortion and our Attitude to the Foetus” published in 2005 by Churchman and written by Lee Gatiss, then Associate Minister at St. Helen’s.

We wrote to a senior member of St Helen’s Parochial Church Council asking if they had “ever heard a sermon on abortion preached at a Sunday service” or if the church had “at any point advertised or held a teaching session on abortion either through a special event, or a visiting speaker, or a study day, or a Bible study.” We received no response.

We also spoke to the Reverend John Dunn, a retired minister who had contact with St Helen’s in the mid-1980s. Dunn said he was “not aware of any material relating to what you ask, or indeed to any germane issue of the time,” although it may have passed him by. “All I do remember is that Church Society [closely associated with St Helen’s] ‘took note’ of synod documents which I understood to be shorthand for ‘We’re putting this on the shelf.’”

When asked why he was so keen to have flagship churches like St Helen’s dealing with pro-life issues, Brennan said: “In America, according to the Guttmacher Institute 2014 report, 1 in 8 abortions are performed on evangelical Christian women. We don’t have clear stats for the situation in the UK, but one can only reason that it is at least as common amongst evangelicals over here, given how much less we teach about abortion.”

“St Helen’s Bishopsgate attracts around 2,000 people every Sunday across its four services. A conservative estimate would have it that of these, some 300 either have had or will have in the course of their lifetime at least one abortion. But it’s probably much higher, given that St Helen’s doesn’t teach about abortion at all,” he pointed out.

St Helen’s is renowned for biblical preaching, opposition to the homosexual agenda in the Church of England, and outreach to international students and corporate executives in London’s main financial district. In November 2018, Sarah Mullally, Bishop of London designated St Helen’s a national resource church.

Mullally, a former midwife, describes herself as “pro choice rather than pro live [sic]” on her blog “although if it were a continuum I would be somewhere along it moving towards pro life when it relates to my choice and then enabling choice when it related to others.”

Offering an analysis of St Helen’s refusal to engage with pro-life work, Bishop Gavin Ashenden, former Chaplain to the Queen, told Rebel Priest: “There has been a strange lacunae in the ethical gaze of conservative evangelicals on this issue for some time. The wholesale slaughter of millions of infants in the womb has passed them by apparently unmoved. This cannot be due to a failure to understand the authority or meaning of Scripture.”

“I have sometimes wondered if the pre-born forfeit the defence of conservative Protestants because Catholics have been so clear about the horror of murdering our enwombed children. A touch of ecumenical aversion has blinded their otherwise alert consciences. I hope it is not so,” Dr Ashenden said.

According to Andrea Williams, CEO of Christian Concern and member of the Church of England’s General Synod, nearly 9 million babies have been aborted since Britain liberalised abortion in 1967.