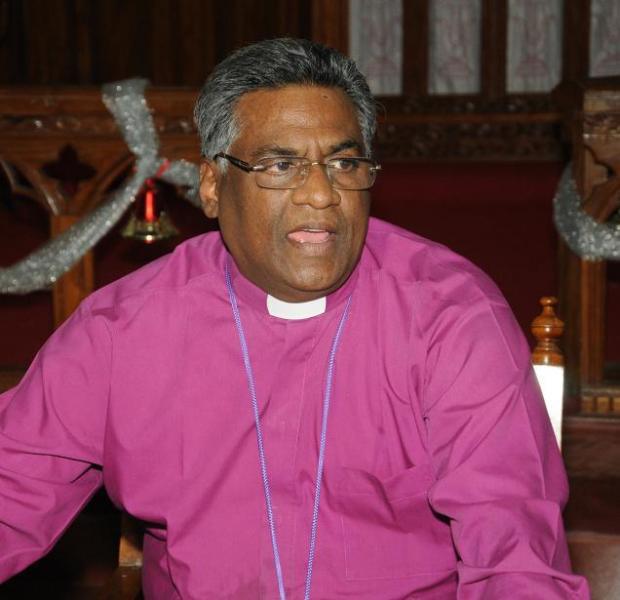 The former moderator of the Church of South India, the Rt. Rev. Govada Dyvasirvadam, was arrested Tuesday by officers of the Criminal Investigative Division of the Vijaywada police in Southern India’s Andhra Pradesh state on charges of theft.  Bishop Dyvasirvadam, who retired as Bishop in Krishna-Godavari had been detained by police in January 2018 following a police investigation into the sale of church property, with the proceeds of the sale, estimated to be approximately $32 million dollars, having been allegedly diverted into the bishop’s pocket.Bishop Dyvasirvadam, is the subject of 10 current F.I.R. (First Information Reports) the initial stage of a criminal investigation under Indian law, alleging fraud, sexual assault and theft. A magistrate ordered the bishop to be jailed for two weeks before he could be bailed. Television reports from TNN show plain clothes offers leading the bishop away in handcuffs.Bishop Dyvasirvadam, who attended the 2016 Primates Meeting at Lambeth Palace, had been appointed by Archbishop Justin Welby to the commission tasked with monitoring the Episcopal Church’s actions following its authorization of same-sex marriage rites, was quietly stood down in 2017 by ACC Secretary General Josiah Idowu-Fearon. Civil litigation in India had arisen over a change in the CSI’s constitution, permitting Bishop Dyvasirvadam to extend his term of office.The Church of South India has won a reputation for corruption among its bishops, with over half of the bishops under active criminal investigation by the police at one point, and one bishop jailed for theft. Even India’s first woman bishop, Pushpa Lalitha, has not been spared with members of her diocese protesting her appointment of her brother to control the church’s finances and property — allegedly to hinder transparency in fiscal affairs.