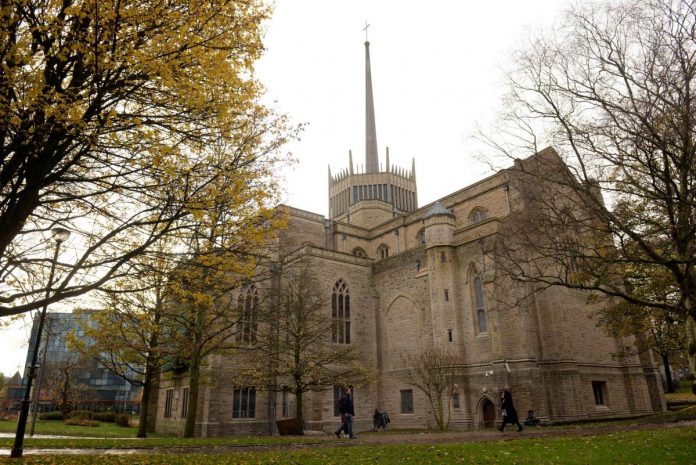 The Muslim call to prayer, or Adhan, is the categorical proclamation of Islam’s supercessionism over its forebears—Judaism and Christianity. It conclusively and unambiguously asserts that God’s revelation to Muhammad has supplanted and superseded God’s prior revelations to Moses in the Old Testament and to Jesus in the New Testament. It is a triumphalist declaration of Islamic supremacy over Jews and Christians.

“Allah is the greatest. I bear witness that there is no god except Allah. I bear witness that Muhammad is the Messenger of Allah. Come to prayer. Come to salvation.” These affirmations are repeated twice. Islamic sects use slightly varied formulations of the Adhan, but the core is fixed. The Adhan was made part of the Sharia during the first year after Muhammad’s migration to Medina.

Muslims do not consider Allah to be the God of the Jews or Christians. Allah is not Yahweh, revealed in the Torah. Allah is emphatically not the “God and Father of our Lord Jesus Christ” so designated in the epistles of St Paul. On the contrary, to say Allah has a Son or that God is Triune is blasphemy in the highest (shirk), condemning Christians to hell. In 2014, Malaysia’s Supreme Court ruled that Christians could not use “Allah” for God, even though Christians used it for centuries in Malay and Arabic to refer to their God.

Former Swedish Imam Tomas Samuel explains how the Adhan is a statement of Islamic supremacy. In Islamic sources, “we discover that the prayer call states that everyone should submit to Islam, and proclaims power over the area of the ​​prayer”. The Adhan is prayed for two reasons: “it will remind people of when it is time to pray, and the prayer call will proclaim Islam over a city,” he says.

Samuel quotes Omdat Al-Ahkam, a fundamental text for Islamic law: “Adhan is a very important ritual in the religious practice of Islam, one can liken it to the Muslim flag. Its proclamation shows that the people of the city are Muslims.” In Arabic, “adhan” means “information” or “enlightenment”—signifying that people previously in darkness and ignorance are now “informed” and “enlightened” about the true religion of Islam, to which they must submit. Islam means submission (from the Arabic root “al-Silm”—submission or surrender).

Consequently, when an Imam recited the Adhan in the consecrated space of Blackburn Cathedral the night before Remembrance Day, he was claiming it as Islamic territory. He was professing the abrogation of Christianity and calling upon Peter Howell-Jones, the Dean of Blackburn Cathedral and the audience to declare their faith in Allah and his prophet Muhammad (the Adhan contains the Shahada—the Islamic creed. To convert to Islam the creed has to be recited three times). It doesn’t matter if this was done in the context of a concert.

The Shahada (and the Adhan) reinforces the claim that Muhammad is the “Seal of the Prophets” (Surah 33:40) and contradicts the New Testament claim—that although “at many times and in many ways, God spoke to our fathers by the prophets in these last days he has spoken to us by his Son” (Hebrews 1:1-2).

Islam holds to a theology of territory. Central to its mission is the sacralisation of new territory. When Muslims march through Britain’s city centres and immigrant neighbourhoods, they are seeking to “inscribe the name of Allah” on the spaces linking their homes and the mosques, writes Islamic scholar Pnina Werbner.

First generation Muslim migrants made sacred the private spaces of their homes. Second generation Muslims are seeking to sacralise public space—including, and especially, the sacred spaces of its chief rival, Christianity. Instead of evangelising Muslims, the Church of England is actively encouraging the Islamisation of its sacred spaces.

Hosting Islamic prayer, Koranic readings and Ramadan Iftar meals is no longer the exception but more and more frequently observed in the Church of England. Chaplaincies in British universities are rapidly taking down crosses, Bible verses and Christian symbols from prayer rooms, which results in Muslims turning them into university mosques.

When liberal churches and cathedrals open their doors in the name of hospitality or interfaith relations to Islamic sacralisation, they are furthering Islamic dawa or mission. “Dawa is to the Islamists of today what the ‘long march through the institutions’ was to twentieth-century Marxists,” notes Ayaan Hirsi Ali.

“After Islamists gain power, dawa is to them what Gleichschaltung(synchronization) of all aspects of German state, civil, and social institutions was to the National Socialists,” she adds, except that the “biggest difference is that dawa is rooted in the Islamic practice of attempting to convert non-Muslims to accept the message of Islam”.

From its very inception Islam did not seek to build new sacred structures but constructed its sacred sites on top of existing pagan, Hindu, Jewish temples or churches. The best examples are the Ka’bah in Mecca (Muhammad purifies it of idols); the Dome of the Rock built on Israel’s Second Temple; Istanbul’s Hagia Sofia mosque—a Greek Orthodox basilica; and thousands of Hindu temples, the most famous being the Babri Masjid—said to be the birthplace of the Hindu god Rama. Islam does this because it does not see itself as a new, innovative religion, but as cancelling and correcting paganism, Judaism and Christianity.

Islam achieves this conquest of sacred space through ritual prayer and jihad. After the Muslims conquered Jerusalem (636-637) the Patriarch Sophronius escorted the Muslim Caliph Umar around Jerusalem. When they reached the Church of the Holy Sepulchre, which Christians said housed Christ’s tomb and was the site of his resurrection from the dead, Sophronius invited Umar to pray inside the great church. Umar magnanimously turned him down, explaining that his followers would use his prayer as a pretext to turn the church into a mosque, and that he wanted to leave it for the Christians.

Once territory is conquered it remains Muslim property forever. Muslims have still not given their claim on Spain’s Córdoba Cathedral, once the world’s second-biggest mosque. In 2013, eight Muslims were arrested for defying a ban on Islamic prayer and staging a “prayer protest” during Holy Week in the Cathedral, the single most powerful symbol of Islamic rule in Spain.

When Muslims pray, they are engaging with divine space. The central gesture of ritual prayer is facing the Ka’bah in Mecca. According to the hadith, the angels support ritual prayers by performing them in heaven. In particular, the angels recite the Adhan and the roles of muezzin and Imam are given to different angels. What the Imam was doing in Blackburn Cathedral was thus a copy of what corresponding angels were doing in heaven—claiming the Cathedral as sacred space for Allah.

But the angels are not limited to heaven; they are present in the world to assist Muslims—in this case to claim territory in which ritual prayer has been prayed. The performance of ritual prayer generates sacred space around the worshipper, notes Islamic scholar S. R. Burge.

The claim that the Adhan at Blackburn Cathedral and other churches is a “power play” intended to conquer and sacralise Christian territory, is further supported by the internal Islamic discussion on whether it isharam (forbidden) or makrooh (offensive) for Muslims to enter churches.

The Hanafi School of law says entering churches is forbidden in all cases (as churches are abodes of the devils). The Shafi‘is limit the prohibition to churches that have images. The Reliance of the Traveller: The Classic Manual of Islamic Sacred Law Umdat Al-Salik for Shafi‘is states that it is “offensive to pray … in a church”.

Hanbalis consider it offensive, but some limit this to churches containing images. There are fatwas permitting Muslims to enter churches, as long as it is not “for the purpose of worship or receiving blessings or confessing your sins or beseeching favours from other than Allah”. “If entering the church will lead to any bad consequences such as if it means approving of the Christians’ shirk and their claim that Allah has a wife and son”, then the level of makrooh may reach the level of haram according to Al-Mughni.

“If your going to the church is just to show tolerance and lenience, then it is not permissible, but if it is done to call them to Islam and create opportunities for you to do so, and you will not be taking part in their worship and you are not afraid that you may be influenced by their beliefs or customs, then it is permissible,” declares the Fatwa al-Lajnah al-Daa’imah.

In 1955, Oxford philosopher J. L. Austin delivered the William James lectures at Harvard University. The lectures were entitled How to do things with words. They resulted in one of the most significant developments in linguistics known as the speech-act theory. In some cases, “to say something is to do something”; to say something actually makes something happen. This is Austin’s thesis.

Can saying make it so? Yes, says Austin. A priest pronouncing a couple husband and wife is not using words describing who they are but is actually making them a married couple. Austin calls this performative speech. Words have the power to redefine and re-order reality. Prayer is performative speech.

Significantly, the Adhan was also cantillated as part of the same performance at the Church of England’s Huddersfield Parish Churchin Leeds Diocese on Sunday, November 18. There has been no reporting on the event and the vicar or his superiors have not apologised or repented of the sacrilege. Rather, the event is beingtweeted by the parish as a success.

Writing in the Daily Mail, Michael Nazir Ali explains his decision to leave the Church of England