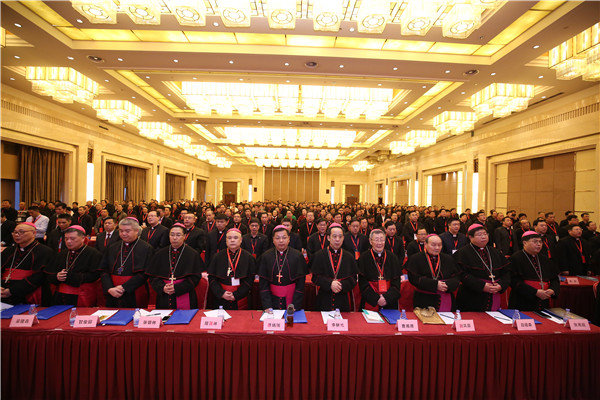 A statement released on 23 September 2018 on the website of the Chinese Patriotic Catholic Association 中國天主教愛國會 the day after the signing of the agreement between the Vatican and the Chinese government merging the underground Roman Catholic church with the PCA reaffirms the groups loyalty to the Communist Party above all other loyalties. A spokesman for the church stated:

The statement goes on to say that even though an agreement has been reached to merge the two groups, one recognized by the Vatican the other by the Chinese government, the new entity will maintain the priorities of the PCA. Loyalty to the Chinese Communist Party trumps loyalty to the Pope. The statement read:

The Chinese Catholic Church deeply loves her motherland. We adhere to the magnificent tradition of patriotism and love for religion. We adhere to the principle of the independent and self-governing Church. We will maintain the course of sinification.  We adhere to the voice of adaptation to society socialist and, under the leadership of the Communist Party of China, we will work with people of all nationalities in the country to realize the greatness of the Chinese nation and will be unremitting in our efforts to revive the Chinese dream.

The Chinese Catholic Church shares the same beliefs with the Catholic Churches of the world. We are willing to carry out friendly exchanges with other Catholic churches on the basis of independence, mutual respect, equality and friendship, and enhance understanding and understanding. We sincerely hope that China-Vatican relations will continue to improve.