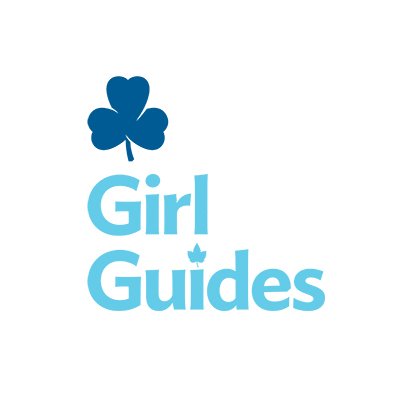 Helen Watts has never met Angelos Sofocleos. Neither of them could have guessed what would bring their lives together. She is a Girl Guide leader in Ealing, West London, and he is a post graduate student of philosophy  at Durham University.

This weekend their lives collided. They were both run over by the gender dysphoria bandwagon. Each was expelled from their voluntary positions for thought crime. The newspapers are reporting their fate.

To be honest, Angelos was asking for it. He would have known what he was dealing with. That doesn’t justify his being silenced and ostracised, but he was a postgraduate. He knew what the rules were. Perhaps he thought Durham might just be at the tail end of the university censorship stakes. Well, it wasn’t.  Helen however, was an innocent.

Angelos was editor of two university magazines. One was the university’s philosophy journal ‘Critique’ and the other the more cheerily named ‘Bubble’. Clearly a man who liked to be involved in his community, true to his beliefs and values, he was also president of the free speech society for Humanist students. Well, he isn’t any more. He has been sacked from them all. He was silly enough to think that just because there was a Free Speech Society, there would be free speech. There isn’t; there wasn’t.

He got involved in an on-line argument about what gender was and what defined a woman; to make matters worse he flagrantly tweeted, “Is it a crime to say ‘women’ don’t have penises?”

Well, the answer seems to be it depends on what you mean by a crime. But asking what he mistakenly thought was a rhetorical question, which despite the regret of a few progressive police forces is not yet actually a crime, has nonetheless certainly got him sacked and ostracised.

“My position at the magazine, I was told, required me to be impartial. Being impartial really means however, having no views at all when it comes to gender…….What I said though was a biological fact. We have reached a weird era where we are sacking people for stating facts.”

‘Weird’ doesn’t really cover it Angelos. But I still think he should have seen it coming. His expertise is in philosophy. Not so Helen Watts; her expertise is in Guiding and children.

Poor Helen; she (and another Guide Leader) have been expelled and their units shut down. She was irresponsible enough to raise safeguarding concerns in a public letter about the Girl Guides’ Transgender policy. The Girl Guides’ response was to tell her that that after 15 years with the Guides, as a volunteer, her membership was being summarily terminated.

She was devastated. Helen was responsible for the Rainbows unit for girls, aged 5-7, in Ealing, West London. She and whoever was in charge in Head Office seemed to be talking past each other.

Helen has said, “I’m very upset and also really angry. We had some serious concerns about a policy that ignored basic safeguarding principles.” Head Office replied that Helen had been removed because she was ”not willing to follow Girl-guiding’s equality and diversity policy in so far as it provides for transgender inclusion.”

This new policy, since last year, has allowed male-bodied trans-adults who self-identified as women to be Guide leaders. It has also allowed erstwhile boys who now self-identify as girls to become Girl Guide members, and share lavatories, showers, and sleeping accommodation.  The policy says that no parents should be told or informed.

Helen Watts had two problems. The first was that it contradicted other inclusion policies relating to certain faith communities, and completely contradicts existing policies that deal with informing parents and gaining their consent on all other issues.

The second problem was about compassion. Helen believes strongly in compassion. She just doesn’t think it should be exclusive, or one-sided.

When responding to questions about the expulsions, Girlguiding said that it had applied the draconian sanctions for “breaching their volunteer code of conduct and social media policy.”

Our society is being driven hard by a new ideology that focuses on identity politics and gender. Strangely many of the people who have swallowed the moral imperatives of these new preoccupations do it with a strange ruthlessness, and are inclined to take no prisoners.

The new guardians of gender ethics appear to set the tone in medicine, the law, policing, the armed forces, the schools the universities and even voluntary organisations for children.It turns our that if you belong to any of these organisations, paid or as a volunteer, you had better not raise you head and ask questions.