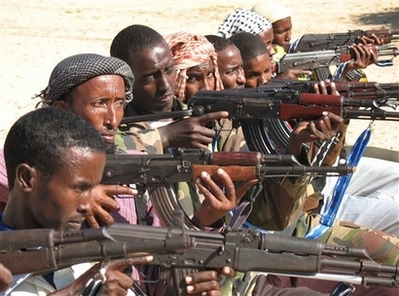 Al-Shabaab terrorists murdered two Kenyan Christians travelling on a bus on 14 September after they refused to recite the shahada Islamic creed.

The terrorists flagged down a bus travelling to the north-eastern city of Garissa and ordered the passengers to produce their identity cards. They separated three “non-local” (assumed to be non-Muslim) passengers and asked them to recite verses from the Quran and say the shahada Islamic creed. Recitation of the shahada is considered conversion to Islam.

Two passengers who refused, a boy called Joshua who assisted the bus driver and a labourer from the town of Masalani, 100 miles south of Garissa, were tied up and then murdered.

In 2014, 28 Christians travelling on a bus in Mandera country, north-east Kenya, were singled out and killed by Al Shabaab jihadists. As in this recent attack, passengers were separated and those thought to be non-Muslim were ordered to recite the shahada.

Kenya is around 80% Christian and 10% Muslim. Most of the country’s Muslim population, many of whom are ethnic Somalis, live in the north-east of the country. The Somali-based terror group Al Shabaab has repeatedly targeted Kenyan Christians.