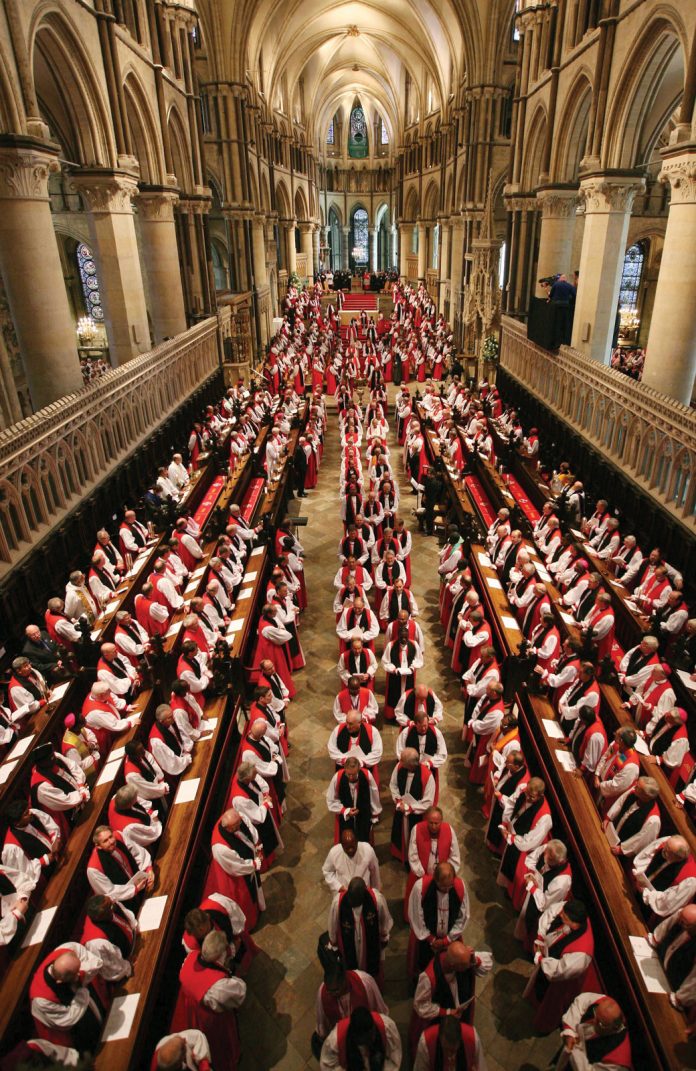 The persistent assertions that the Primates of the Anglican Communion are ‘walking together’, do not reflect the reality.Three of the leading Primates of the Communion are absent on firmly stated principle.Archbishop Okoh, Primate of Nigeria, and Gafcon Chairman, has said, ‘I have concluded that attendance at Canterbury would be to give credibility to a pattern of behaviour which is allowing great damage to be done to global Anglican witness and unity’.Archbishop Ntagali, the Primate of Uganda and Vice-Chairman of Gafcon has said, ‘if we are not walking in the same direction, how can we walk together?’In no way can these leaders, with the Archbishop of Rwanda, be said to be ‘walking together.’ They have chosen to witness to the truth by their absence.The presence of the Primates from Canada and the United States and the absence of Archbishop Foley Beach whose Church is recognised by Anglicans around the world, is a further testimony to a Communion in which the leaders are not walking together.Several of the other primates who are attending the meeting are equally concerned about the divisions over the authority of scripture within the communion, but intend to remain in defence of the Gospel. The Primates are not walking together. At best, they say, “they are walking at a distance.” At worst, they are walking in different directions.Surely public statements need to reflect reality rather than mere wishfulness.