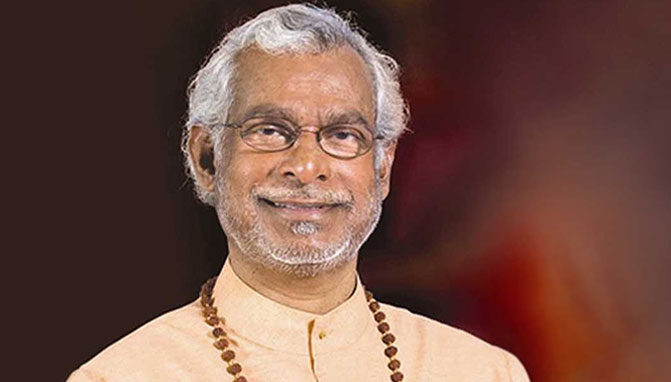 The CSI has withdrawn from the Kerala Council of Churches after the Believers Church was admitted to the ranks of the ecumenical Protestant organization.

Inter-Christian proselytizing has led to a spat within the a major South Indian ecumenical group. The Church of South India has withdrawn from active participation in the Kerala Council of Churches after the Believers Church led by Archbishop K.P. Yohannan (pictured) was admitted to the ranks of the ecumenical Protestant organization.

The Moderator of the Church of South India, the Most Rev. Thomas Oommen explained the CSI was not quitting the KCC, but temporarily distancing itself from the group in protest to the participation of the Believers Church.

“The CSI never considers the Believers Church as an episcopal church or accepts its leader, K.P. Yohannan, a bishop. As per the CSI view, K.P. Yohannan is a layman and the KCC decision, overlooking the CSI objection, was unfortunate,” Bishop Oommen told The Hindu

The current dispute between the CSI and the Believers Church arose in 2003 when the American based Indian Christian, K.P. Yohannan was consecrated a bishop by the moderator of the CSI and two bishops of the Church of North India. The Pentecostal church Believers´ claims over 4,500 regional parishes and 5,000 mission stations spread over six countries of Asia — and has been at odds with established Indian churches since its founding in 1990 for its proselytizing work among Christians of other denominations.

The CSI and CNI responded by convening commissions of inquiry and on 11 Feb 2004 the CNI announced Bishops Dhotekar and Nayak had been deposed from office. CNI general secretary the Rev. Enos Das Pradhan said the executive council of Synod “wanted to uphold the discipline of the Church and its constitution,” as “nobody is above law and order or control of the Church executive committee.”

At its October 2003 General Synod the CSI declared the ordination was “invalid” and that no bishop could validly ordain anyone outside the CSI´s jurisdiction. The Rt. Rev. Sam Mathew on 10 Feb 2004 said reported the CSI Theological Commission had “studied in depth whether it was legally and theologically correct for Bishop Samuel to consecrate people not belonging to CSI and the fellowship” comprising the CNI, CSI and the Malankara Mar Thoma Syrian Church. The church did not punish Bishop Samuel, however, allowing him to retire unmolested.

BIshop Yohannan has denied allegations of misconduct and sheepstealing raised by critics. In a letter posted on Gospel for Asia’s website, he wrote: “several allegations either about me or about the work of Gospel for Asia that at one time or another have surfaced on the internet. As we work in areas where anti-Christian sentiment can often be found, it is not uncommon for wrong information about us, or about what we do, to be circulated. Every servant of God faces this kind of thing at one time or another. Sometimes it has happened in the form of misinformation campaigns. Those who oppose the Gospel portray the ministry in a scandal as an opportunity to slow down our sharing the love of Christ with others.”

Bishop Oommen told The Hindu the CSI had been a founding member of the Kerala Council of Churches, and was not severing links, but could not accept the membership of the Believers Church on moral and ethical grounds.

Marriage According to the Book of Common Prayer