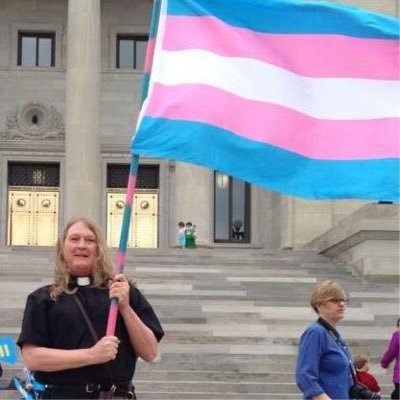 Statement from the TransEpiscopal steering committee on Texas bathroom legislation

While he was saying this, a cloud came and overshadowed them; and they were terrified as they entered the cloud. Then from the cloud came a voice that said, “This is my Son, my Chosen; listen to him!”
— Luke 9: 34b-35

We are in period of intense focus on transgender people in the United States, used along with other marginalized groups as political tools for others’ agendas. Most recently, we have seen the highest office in the U.S. target transgender military personnel. As we write, legislation that would undermine the rights of transgender and gender non-conforming people in Texas continues to hang in the balance. As members of both The Episcopal Church (TEC) and the transgender community, we reject all efforts to deny human dignity. We greatly appreciate the leadership of TEC for their steadfast support of transgender people.

This Sunday is the Feast of the Transfiguration, a day that highlights the transfiguration of Jesus and invites the disciples to move through their fear and listen to him. It is a day that reminds us of our lifelong call to be transformed, to grow toward God as plants grow toward light, and from out of that spiritual growth to become partners with God in transforming the world. We are struck that in Luke’s version of this story (Lk 9:28-36), a cloud suddenly rolls over Peter, James, and John after they have witnessed the glory of the transfigured Jesus. It doesn’t just hover over them. They enter the cloud. But as their sight is foreclosed, they hear a divine word inviting them to let go of their fear and to listen.

In 2017, the trans community stands amid an onslaught of anti-transgender legislation that seeks to use us as a political wedge. This pattern also follows similar trends in 2016 and 2015. These bills are diverse in their approaches, seeking to keep us from being able to update our identification; to restrict access to healthcare; to curtail the rights of trans students in schools; to carve out limits to anti-discrimination laws, often on the basis of “religious freedom;” to override previously passed non-discrimination law in municipalities and counties; and most infamously to keep us from being able to use the restrooms with which we identify. In the name of privacy protection, these laws make it difficult to be trans in public. They also particularly target transgender women, as so much transphobia does.

In addition, amid this legislative onslaught, a rising pattern of violence against trans people has also been unfolding across this country, combining currents of trans-misogyny with racism to disproportionately impact transgender women of color. Already this year at least sixteen transgender people have been killed in the United States, all of them trans women of color (see here and here for more information). Just yesterday we learned of the sixteenth woman, Tee Tee Dangerfield, who died from multiple gunshot wounds in College Park, Georgia. These patterns of dehumanization—one legislative and one criminal – are deeply intertwined.

In its special session, the Texas Legislature is considering legislation that would deprive transgender and gender non-conforming people of basic safety as they participate in public life. As it did in the session that ended in May, the state Senate has passed this legislation but thus far the House has declined to debate it.

We want to thank the many faithful Episcopalians in Texas, cisgender and transgender, who are working so hard to oppose this legislation. We appreciate as well how Texas Episcopalians are standing against the anti-immigrant Senate Bill 4. Episcopalians are speaking at hearings, organizing, writing and recording op eds for the news, signing petitions, doing pastoral care, working behind the scenes to safeguard the dignity of all people in Texas. This work is powerful and inspiring.

We also want to publicly thank Presiding Bishop Michael Curry and President of the House of Deputies Gay Clark Jennings for their steadfast support of transgender people in Texas and far beyond. We have so appreciated the letters they have sent to Texas House Speaker Joe Strauss, urging him to remain steadfast in refusing to consider legislation that uses transgender people as political bait. When President Trump announced last week that trans people will no long be allowed to serve in the military, we were also gratified to see so many statements in support of the trans community issued by leaders across The Episcopal Church—a great cloud of witnesses, including the Presiding Bishop.

We very much concur with both President Jennings and Presiding Bishop Curry as they wrote in February and July that no one wants to move the General Convention. In our own months long discussion and prayer about this issue, we have continued to believe in “the call of The Episcopal Church to leverage its power to help transform unjust structures,” as we wrote our presiding officers in a letter dated April 4th(and have published on our blog). If Texas enacts legislation dangerous to the lives of transgender and gender non-conforming people, we believe that The Episcopal Church should move the General Convention. With our presiding officers, we hope such a decision does not become necessary. If it does, however, we believe that moving the Convention could have the greatest impact not only in the context of Texas but also upon the wider pattern of anti-transgender legislation across the United States.

For now, we continue to monitor the situation. We continue to listen and, as always, we pray for transformation.

Major donations allow work to be completed on Newport Minster