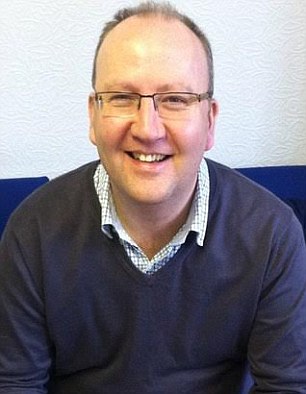 The son of the former Archbishop of Canterbury, Lord Carey, has been cleared of charges that he abused a young girl. The accusations against the Rev. Mark Carey led to his suspension by the Diocese of Leeds and questioning by police. However, on 8 March 2017 he reported: “Just heard that police have dropped case & no further action.”

On 19 Oct 2016, Mr Carey was arrested at his home in Harrogate, North Yorkshire, by officers of the Durham Constabulary accused of having sexually abused a young women in the 1980s. He was released after posting bail, pending further inquiries. The incident is alleged to have occurred during Lord Carey’s tenure as vicar of St Nicholas’ Church in Durham between 1975 and 1982. Mark Carey, now 51, would have been no more than 17 years old at the time.

Supported by family, friends and his parishioners, Mr. Carey maintained his innocence throughout his five month ordeal and was grateful for his vindication. Friends of the Harrogate vicar told AI they were shocked by the accusations and considered them “absurd”. Following his vindication from the false charges of abuse, Mr. Carey wrote on his On his Facebook: “Woke up with a sense of freedom for first time in 5 months. Accusation & condemnation wiped out. Now in recovery mode.”

For six years Mr Carey has served as the “pioneer minister” of the Kairos Christian fellowship that meets in homes, pubs, and cafes. At its launch in 2010, Mr. Carey told the BBC “Kairos focuses on releasing communities of followers to live out the mission of Jesus.”

“While it is one church it is also six smaller network churches, small to mid-size groups of up to thirty people known, officially, as ‘mission-shaped communities’ (MSCs).”

“With a variety of imaginative titles, each MSC is treated as a church in its own right, meeting not in a church building but in homes, cafes, pubs, or even outdoors”.

Disclaimer: While the author of this report has never met the Rev. Mark Carey, he was a colleague of the brother of the accused, Andrew, for several years at the Church of England Newspaper.