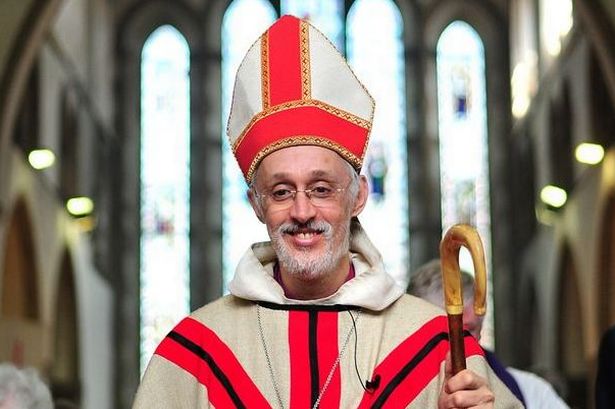 David Walker argues: “To be purposefully paradoxical is to recognise that whilst consistency may be a feature of the endpoints of a journey it is rarely present all along the way.”

Being a member of what the media persists in referring to as the “C of E’s parliament” has brought some difficult and demanding moments, especially in the years when we were struggling to shape legislation on the ordination of women as bishops. Recently Synod has again had to contend with another subject on which feelings run high, same sex relationships. It could have been dreadful, but in fact it was one of the best debates I have attended in nearly twelve years as a Synod member.

I think it helped that members had time and space to prepare themselves for the debate rather than rushing into it straight from other business. Many of us took part in small groups where we were able to look both at examples of situations where conflict over matters of sexuality arises in parishes and also to reflect on what we felt about the House of Bishops’ Report. Others, who did not feel it appropriate to participate in the groups, met in a nearby parish conference centre, where the Archbishop of Canterbury spent time with them. We were also helped by a variety of fringe meetings over the previous forty-eight hours.

Then, for something over two hours, and with around forty members speaking, Synod was passionate but courteous. Divergent views were listened to and speakers applauded. A sketch writer, released from his normal duties because Parliament was in recess, commented on how much higher was the standard of behaviour on the church side of Abingdon Street. Above all, the Synod managed to correct what had been so badly lacking in the report that I and my colleagues in the House of Bishops had laid before them. The debate set a new and positive tone and provided a much needed momentum for the task of revisiting the ways in which the Church affirms and celebrates the lives, loves and ministries of those among it who identify as LGBT+. Voting not to “take note” of the bishops’ document may be a somewhat arcane piece of procedure, but for many it served the task of projecting that desire for a new start beyond our Westminster debating chamber and into the world outside.

So how might we go forward from last week’s debate? I suspect that the clue lies in the term “radical inclusion” that was used so powerfully by Archbishop Justin in the final speech of the debate. But that on its own will not be enough. Alongside it we need a Church that is prepared to be “purposefully paradoxical”.

Few, if any, present at last week’s Synod expect that body to be voting through a change in the Church of England’s canon on marriage by two thirds majorities in all three houses any time soon. But what can be challenged without further delay is the argument that begins from that premise and then extrapolates it almost to infinity.  Such an argument asserts that until the law and the canons change, wider teaching is fixed. Once that is conceded the argument then runs that until teaching changes, the discipline cannot be modified. Accept that and we are pressed to agree that as long as the discipline remains untouched, the prayers of the church cannot change very much either. It may be a logical argument but it is the logic of logjam.

Times of change are by their nature times of paradox. To be purposefully paradoxical is to recognise that whilst consistency may be a feature of the endpoints of a journey it is rarely present all along the way. What nineteenth century physics found to be true for the trajectories of photons passing through a pair of narrow slits, twenty-first century theology must allow to be the case for a church traversing through a time of challenge and change. Some aspects of change will get ahead of others. Some parts of the church may move faster, further, or at a different angle than their neighbours. Messy Church won’t just describe a brand of work with children. In many ways we will be more like the pluriform Church of the New Testament, marvelously malleable under the hand of the Holy Spirit.

Such an embracing of paradox with a purpose provides the context for an exploration of the Archbishop’s radical inclusion that is much, much more than the maximum freedom which one Synod member tellingly remarked may mean little beyond “the prisoner being allowed to walk around their entire cell”. It opens up the possibility of exploring our prayers, our discipline, our outreach, our ministry and our teaching, and doing so with the expectation that things are going to look significantly different afterwards. Moreover, radical inclusion requires that we should no longer be reflecting about sexuality issues without LGBT+ members being present, nor doing so in a context where they feel marginalised or unsafe. “Talking about us, without us” must never again be a charge that can justifiably be levelled against us.

We are, after Synod, very much at the beginning of a journey, but it is both a better journey than we might have expected and a journey with God. That is what matters the most.

David Walker is the Bishop of Manchester. This article first appeared at ViaMedia.News and is reprinted here by permission.

Yes, Jesus died on the cross for our sins

Ad clerum: The depths of despair