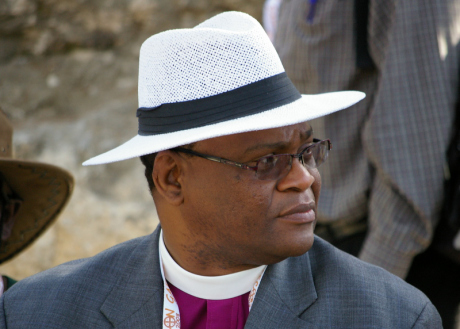 The House of Bishops of the Anglican Church of Tanzania has declined to act upon a report charging the Bishop of Dar es Salaam with malfeasance in the conduct of church affairs. On 21 Nov 2016 the House of Bishops reviewed the findings of a May provincial standing committee report that concluded the Rt. Rev. Valentino Mokiwa had leased to commercial developers over three dozen diocesan properties without the consent of the diocesan standing committee or synod. The report accused Bishop Mokiwa, the former primate and archbishop of Tanzania, with pocketing the $2.7 million in proceeds. Bishop Mokiwa’s allies had dismissed the report’s conclusions, saying the charges were based on tribal and political jealousies. A source within the meeting tells Anglican Ink the vote broke along party lines, with the High Church party voting to acquit and the Evangelical party to convict. The Anglican Church of Tanzania has been divided for over a generation on tribal and political lines. Three blocks — High Church (those dioceses evangelized by the Universities Mission to Central Africa primarily along the Coast), Low Church (those dioceses evangelized by the Church Missionary Society in the interior) and a block round centered round the Wagogo tribe in the center of the country around Dodoma. Discussions had been held in recent years about dividing the province into three, but financial considerations have prevented any action so far.  On 24 May 2016 a Tanzanian civil court ruled it had no jurisdiction to hear a complaint against Bishop Mokiwa, holding an ecclesiastical tribunal was the proper venue.