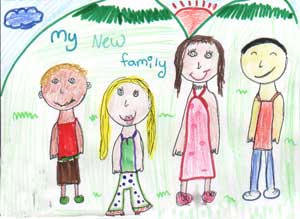 Chris Sugden writes: A Christian Couple Refused Adoption Because They Believe Children Need a Mother and a Father – They Need Our Support

A husband and wife have been blocked from adopting their two foster children after they expressed concern about the possibility of the children being adopted by a same-sex couple.

They have been looking after two young children since the beginning of the year. They had previously received good reviews and lauded for their “lovely care and warmth” towards the children in their care.

Apparently though, the husband and wife did not have the right views about same-sex parenting i.e. they did not hold precisely the same views as the council’s social services department, that two men or two women are exactly equal (if not slightly better) at raising children than a traditional man-woman married couple.

The couple themselves have said ‘ not expressed homophobic views, unless Christian beliefs are, by definition, homophobic.’

“The decision … appears discriminatory to us and not related to the children’s needs. The children love us; we love them. All the reports show that we are a loving, caring and stable family. What more could a child need?”

So, a Christian couple are not being allowed to adopt children in their care because they believe a man and woman offer something that two men cannot and this is deemed “concerning” and “could be detrimental to the long-term needs of the children.”

It is not that two men, because they are attracted to members of the same sex are necessarily lacking as parents. It is rather that a child, under the care of two men (regardless of whether they are same-sex attracted or not) is lacking a mother (or, in the case of a lesbian relationship, father).

The foster parents’ view that a child flourishes best under the care of a stable man-woman relationship, is in no way homophobic or “concerning”, but a completely mainstream and eminently defensible view.

The councils decision to deny the adoption appears to be nothing short of bigotry against those who have traditional views about family structure and we should stand in support of them.

Sign this petition to the Christian Legal Centre asking them to pass on our support to the foster parents of these children.