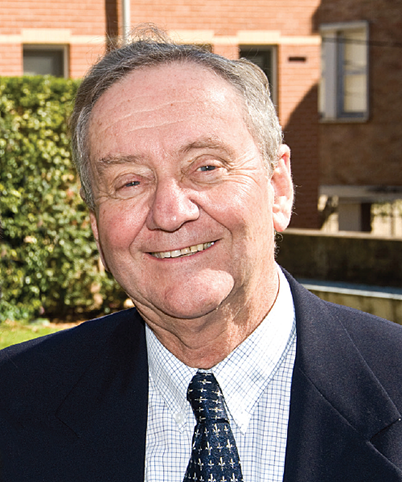 The religious publishing house, Wm. B. Eerdmans Publishing Co., has withdrawn three of its popular New Testament commentaries written by an emeritus professor of Moore Theological College in Sydney, the Rev. Dr. Peter T. O’Brien (pictured) after it received allegations portions of the books were plagiarized.

On 15 Aug 2016 the publishing released a statement saying it “received allegations against one of its New Testament commentaries and immediately undertook a careful investigation. Eerdmans is now withdrawing that book and two others by the same author.”

The publisher said it compared the text of The Letter to the Hebrews (Pillar New Testament Commentary, 2010) with various secondary sources and submitted findings to external experts for verification. Editor-in-chief James Ernest said, “Our own editors and our outside consultants agreed that what we found on the pages of this commentary runs afoul of commonly accepted standards with regard to the utilization and documentation of secondary sources. We agreed that the book could not be retained in print.”

Eerdmans said an examination of “Letter to the Ephesians (PNTC, 1999) and Epistle to the Philippians (New International Greek Testament Commentary, 1991) found them less pervasively flawed but still untenable.”

Dr. O’Brien released a statement through his publisher saying: “In the New Testament commentaries that I have written, although I have never deliberately misused the work of others, nevertheless I now see that my work processes at times have been faulty and have generated clear-cut, but unintentional, plagiarism. For this I apologize without reservation.”

The publisher has said it would pulp the unsold copies of the books it has in stock and has offered refunds to those who had purchased the volumes. The Rev. Dr. Gerald Bray, director of research at the Latimer Trust at Oak Hill Theological College in London, reported the plagiarism charges arose in connection with the work of a South Korean scholar who had published 22 commentaries in seven years, “which naturally aroused suspicion. He was challenged and has been taken to court over alleged plagiarism, which is apparently rampant in these commentaries. In his defence, the accused pulled Peter O’Brien’s commentary on Hebrews off the shelf and tried to prove that much of it had been lifted without proper acknowledgment from William Lane’s Word commentary on the same book.”

The complaint was passed to Eerdmans, who then launched its investigation in July. Dr. Gray notes “nobody ever complained about Peter O’Brien directly. He was caught in the crossfire between two Koreans who were (and still are) arguing about something else. Secondly, the identical sentences that I have seen are either statements of fact or quotations from the Bible. This does not mean that they were not copied, but whether it can really be called ‘plagiarism’ is at least open to question. Thirdly, Peter O’Brien has been the victim of something that has nothing to do with him. That does not mean that he is without fault, of course, but those who would criticise him ought to bear that in mind.”