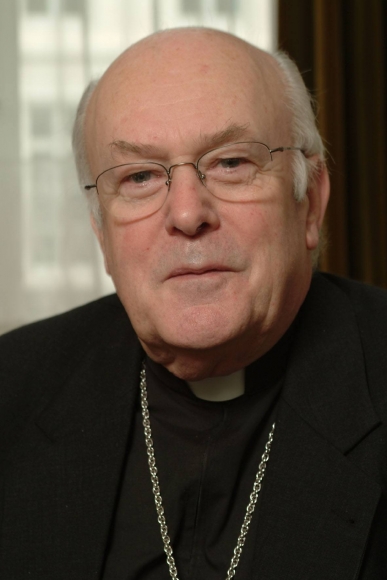 Communique from the fourth international meeting of the Malines Conversations Group

The fourth international meeting of the Malines Conversations Group took place in Rome and at the Villa Palazzola, Rocca di Papa, between Sunday 17th April and Friday 22nd April. Under the patronage of Cardinal Godfried Danneels (pictured) (Archbishop Emeritus of Malines-Brussels) and The Right Reverend and Right Honourable The Lord Williams of Oystermouth (former Archbishop of Canterbury), this informal group comprises Anglican and Roman Catholic theologians from seven different countries and meets with the blessing and support of the Pontifical Council for the Promotion of Christian Unity and Lambeth Palace, and keeps in close contact with the official mandated ecumenical bodies in both communions. It includes members of the Anglican Roman Catholic International Commission (ARCIC). Last year’s meeting at Boston College,  Chestnut Hill, Massachusetts, USA, considered questions of sacramentality and ordination, whilst this year’s gathering continued to develop these themes.

The Group was welcomed to the Vatican, and greatly benefited from discussion with Cardinal Francesco Coccopalmerio, President of the Pontifical Council for Legislative Texts, and with Bishop Brian Farrell, Secretary of the Pontifical Council for the Promotion of Christian Unity. Additionally, they were warmly received by the British Ambassador to the Holy See, at the Anglican Centre in Rome (currently celebrating its Golden Jubilee year), and by the Prior of the monastic community at the Basilica of San Gregorio al Celio from which St Augustine was sent to England by Pope St Gregory the Great.

During seminars and conversations at Palazzola, the group reflected on the first fifty years of the ARCIC dialogue and the harvesting of its many fruits, the sacramentality of life and the gifts of the Holy Spirit, the relationship between the local and the universal Church, and explored the dynamics of theological thinking about the sanctity and future of the Church. The group continued its exploration of contemporary and historic ordination rites, considered more deeply questions arising from Apostolicae Curae and Saepius Officio (both in relationship to the context of the original Malines Conversations, and within the framework of subsequent developments in both communions), reflected on the riches to be shared in future thinking about the life of the Church, and discerned mutual learning about priesthood and ministry in a shared late modern context. Additionally, the Group reflected on some ecclesiological and ecumenical implications of Pope Francis’ recent Post Synodal exhortation Amoris Laetitia.

This year the group was joined by several invited guests, including The Right Reverend Dr Geoffrey Rowell (former Bishop of Gibraltar in Europe and noted scholar of the nineteenth century), The Right Reverend David Hamid (co-Chair of IARCCUM and suffragan bishop in the Church of England Diocese of Gibraltar in Europe) and Monsignor Kevin W. Irwin, former Dean of Theology at the Catholic University of America, Washington, D.C., USA.

The meeting took place within the context of prayer, and culminated in a beautiful Ecumenical Evensong at the Oratory of S Francis Xavier del Caravita in Rome celebrated by Archbishop Arthur Roche, Secretary of the Congregation for Divine Worship, and sung by the choir of St James, King Street, Sydney, Australia, at which the preacher was Bishop David Hamid.

The Group’s steering committee is chaired by Fr Thomas Pott OSB of the Monastery of Chevetogne, and includes The Revd Dr Jamie Hawkey, Dean of Clare College, Cambridge, and The Revd Professor Keith Pecklers SJ, of the Gregorian University. The Group is grateful to all its supporters and sponsors. A fifth meeting is planned for next Spring, in Cambridge, UK.

New dioceses for Angola and Mozambique