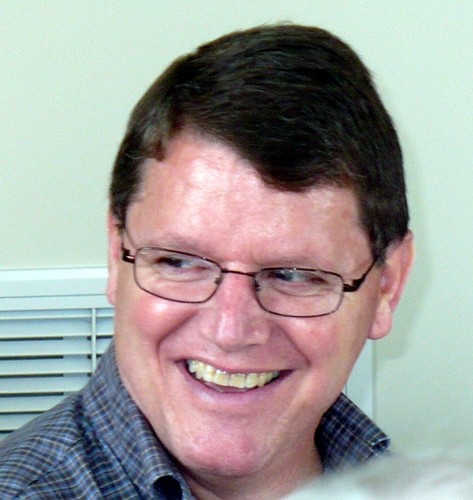 Sewickley, PA: Following a five month discernment journey after Archbishop Duncan’s retirement announcement at Diocesan Convention in November, the Rev. James Hobby was elected by a majority of deputies at a Special Convention of the Anglican Diocese of Pittsburgh to serve as the next bishop of Pittsburgh. The election is subject to confirmation by the College of Bishops meeting in June 20-23, 2016. The Rev. James Hobby is currently serving as the rector of Trinity Anglican Church in Thomasville, GA.

The journey to get this point involved a decentralized discernment and nominating process where the Diocesan Standing Committee opened the doors for communication, prayer and discernment among the districts. Diocesan districts met and produced nominees for election, held over the weekend (April 22-23, 2016) at St. Stephen’s Church, Sewickley.

A slate of eight Nominees who were willing to stand for election to be the Next Bishop of Pittsburgh were announced on March 7, 2016. Three Nominees asked to be withdrawn from consideration, leaving five Nominees who were set to appear on the ballot at the Special Convention.

“The Standing Committee is grateful for the prayerful manner and approach the diocese took to bring us to the election of our next bishop,” said Cooper. “So many people were praying. We wished for prayer, not politics. Thank you to everyone who helped in that effort.”

The Nominees included the Rev. John Paul Chaney, Rector of Seeds of Hope (Bloomfield, PA); the Rev. Bill Driscoll, Rector of Church of the Redeemer (Jacksonville, FL); The Rev. Jack Gabig PhD, Associate Prof. at Nashotah House Seminary (Nashotah, WI); the Rev. Hobby and the Venerable Canon Jack Lumanog, Canon to the Archbishop and Primate 7 COO, ACNA. The Rev. Jonathan Millard, Rector of Church of the Ascension (Oakland, PA) was nominated from the floor of Convention as the sixth candidate for Bishop.

These six Nominees were asked to prepare and submit written materials for clergy- and lay-deputies’ consideration. The materials included a one-page testimony, a two-page resume, and a five-page response to a comprehensive questionnaire.

The Friday of Special Convention began with evening prayer and a presentation from the Standing Committee. Following opening statements from each Nominee, all clergy and lay deputies were strongly encouraged to attend a moderated Q&A session with the Nominees.

After a morning Eucharist and initial convention business, the election process began Saturday morning, with ballots distributed individually to certified deputies or their alternates at registration. A concurrent majority was required of both clergy and lay Orders.

In the fifth ballot an election was reached in both Orders as the Rev. Jim Hobby was named the Bishop Elect to be confirmed by the College of Bishops.

“Jim Hobby is a leader the deputies of the Anglican Diocese have chosen to be the Eighth Bishop of Pittsburgh. God willing and the College of Bishops confirming this election, he will begin his service in the 151st year of our corporate life,” said Archbishop Robert Duncan. “I will do all I can as his predecessor to support him in the catalytic ministry to which he has been called.”

In his address to Convention, the Rev. Hobby expressed his deep appreciation to the Diocese of Pittsburgh, where he was ordained almost 30 years ago. He also explained his willingness to “embrace the adventure” and trust in God at the start of this journey as Bishop.

“It’s about His call, not my capacity. His Grace, not my gifts,” said Hobby. “Christ’s Cross, not my competence. It’s about the Spirit’s power, not my personality.”