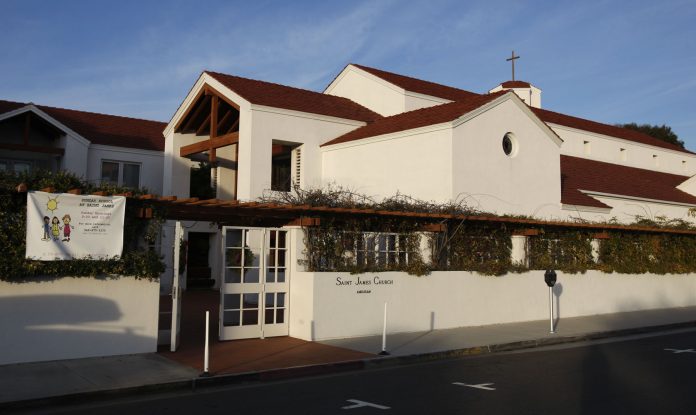 NEWPORT BEACH – A mail ballot of Lido Isle Community Association members has revealed overwhelming community support for continuing to use the St. James the Great property for a church.

Overall, 92 percent of the residents said they want the church to stay, with only 8 percent saying they want to see the property developed as luxury townhomes.

Bishop Jon Bruno of the Episcopal Diocese of Los Angeles announced last May that he was selling the church to Legacy Partners to be developed into townhomes. In June, he locked out the church’s faithful Episcopal congregation and it has sat vacant since then.

Continued opposition from the congregation and the original donor of the property, the Griffith Co., has prevented the sale from closing.

In a letter to Rev. Canon Cindy Voorhees, vicar of St. James the Great, LICA President Warren Wimer wrote, “It is clear that the overwhelming majority of Lido Isle residents prefer that the property retain its historical use as a church.”

Wimer noted that the results are similar to those of a survey done a few years ago about the fate of the old City Hall site, when residents strongly favored a hotel development there.

“Ultimately, the Newport City Council got the message and the overwhelming preference of the residents was implemented by unanimous vote of the City Council and majority vote of the Coastal Commission, which also gives much weight to community input,” Wimer wrote.

Ground will be broken on the new Lido House hotel later this year.

Although the church remains the property of the LA Diocese, the congregation is still being forced to find alternative sites for worship. Currently, the St. James the Great congregation holds services at the Community Room of the Newport Beach Civic Center every Sunday at 10 a.m.